Being Baba: Rediscovering the joys of Ganapati festival with my one-year-old son

I enjoyed watching my son meet a lot of people and he really seemed to have a great time seeing the colourful and bright sights. We even went to one of the big 'sarvajanik' Ganeshotsavs in Mumbai. It was astounding! Technically it was his second but last year he was too tiny to understand anything. This year though it was completely different. I saw the Ganapati Festival through the eyes of my one-year-old boy and it was something truly special.

Till last year, Ganapati or well any other festival felt like a fairly mundane thing.I mean, sure, it is a special time and you meet family and friends and say nice things but this year meant a bit more. So let’s break this down. What is the Ganapati festival all about? And let me talk about it from my perspective.

I’m a deeply spiritual person. I truly believe that there’s something bigger guiding us and looking after the world. But I’m not a religious guy. In fact that’s what I’d like for my son. I’d like to teach him to be a good man, respect everyone and generally do the right thing. I feel that at the end of the day that is what all religions essentially ask of their followers too, right? I just want to give him that without all the protocols and rules that religions enforce on people. That said, I’m a very Zen guy when it comes to people and their beliefs. 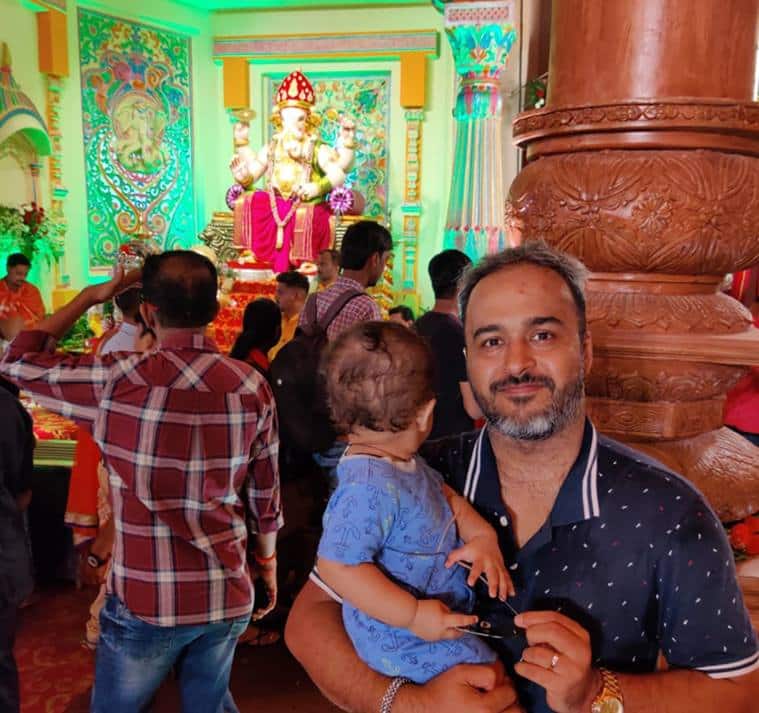 Which brings me to the Ganapati festival this year. Every year before this I’d been content with just observing and participating in a fairly distant manner but this time was different. Not that my attitude towards the religious part of it changed but my perspective about the event changed a bit. My in-laws have a one-and-a-half day Ganapati celebration and this year Neha, my wife sent out invites on behalf of my son, Neil. Despite the rains people turned up to meet him and it was a truly joyous day and a half.

The birth of Ganesha has been celebrated since ancient times but Chattrapati Shivaji Maharaj initiated the festival to bring about a sense of brotherhood and culture in the 16th century in Maharashtra. The modern avatar of the festival was made popular by Bal Gangadhar Tilak in the late 19th century. He brought it back to bring about a sense of patriotism and togetherness in a time when the British still ruled India. It became a place where people of all strata met and felt united. It went from being a purely religious event to more of a social event.

What the festival has morphed into today with the loud music, random dancing, over-the-top expenditure, immersions in the sea and the massive amount of garbage created post the immersions is something completely senseless. We’ve moved from a social and uniting event to an event that is about pomp and grandeur. The more ostentatious the better seems to be the motto at times.

But in all of this mess, this year I found the reason that the festival was primarily meant for – to bring people together. I enjoyed watching my son meet a lot of people and he really seemed to have a great time seeing the colourful and bright sights. We even went to one of the big ‘sarvajanik’ Ganeshotsavs in Mumbai. It was astounding! The scale, the intricacy, the beauty and the magnitude at which things are done. People stood in line for hours to catch a glimpse of their favourite Ganapati idol. Who am I to question their faith? I may not understand it but I’m definitely not going to disparage them for it. The way I looked at it was that here’s something that brings people out in droves, gives them joy and peace and is something that is for the most part positive. I’m all for it!

Just wish they’d do something about the loud music and the mess they create once the festival is over. That being said, I have to say, Neil’s first Ganapati festival was quite spectacular indeed!

Let me end this with words that you will hear during these times no matter where you stay in India. “Ganapati Bappa Morya!”

Also Read| Life lessons from Ganpati for your child

(The writer is a singer-his debut album Mumbai Blues won the GIMA Award for Best Rock Album in 2015-hosts his own talk show-The MJ Show and does live Hindi commentary for WWE. Views are personal. Follow him on twitter @mihirjoshimusic)