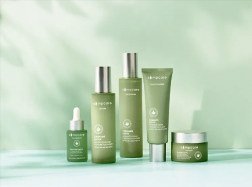 SHANGHAI–While there had been high hopes for CBD cosmetics in China, the market looks like it will soon hit a dead end after China’s National Institutes for Food and Drug Control released draft rules showing it plans to ban cannabis compounds for use in cosmetics.

While the Chinese CBD market could only be described as emerging, local companies Simpcare, Cannafever, and Inbriz had started raising awareness and foreign brands like Uncle Bud’s and Pacifica began using Tmall cross-border to sell to the Chinese market. Proponents for the use of CBD in cosmetics, claim anti-inflammatory properties and use it for skin conditions including psoriasis, rosacea, eczema, acne, itching, as well as for pain management. The chemical compound, which is derived from hemp, is non-intoxicating unlike THC.

According to the market compliance consultancy Chemlinked, “in the past two years, cannabis cosmetics [had become] undoubtedly one of the hottest products in China. There has also been a significant increase of international brands successfully filing imported cannabidiol skincare products at the NMPA in 2020 and 2021, with the total of 15 being filed. By comparison, 2019 had zero filings. As for domestic products, the filing records have shot up to the thousands, covering almost all mainstream categories such as cleanser, lotion, essence, body care, etc.”

Despite the increased oversight on CBD, China is the largest producer of hemp–the plant from which CBD is extracted–with production allowed in three provinces Yunnan, Heilongjiang, and Jilin. Most of the hemp grown is bound for exportation–in 2019, it grew nearly half the world’s supply, according to the U.S. Department of Foreign Agriculture.

While this represents a big setback for CBD beauty entrepreneurs, China is opening its doors wide to cruelty-free beauty brands. Starting May, cosmetics brands will be allowed to import ordinary cosmetics without being required to test on animals.