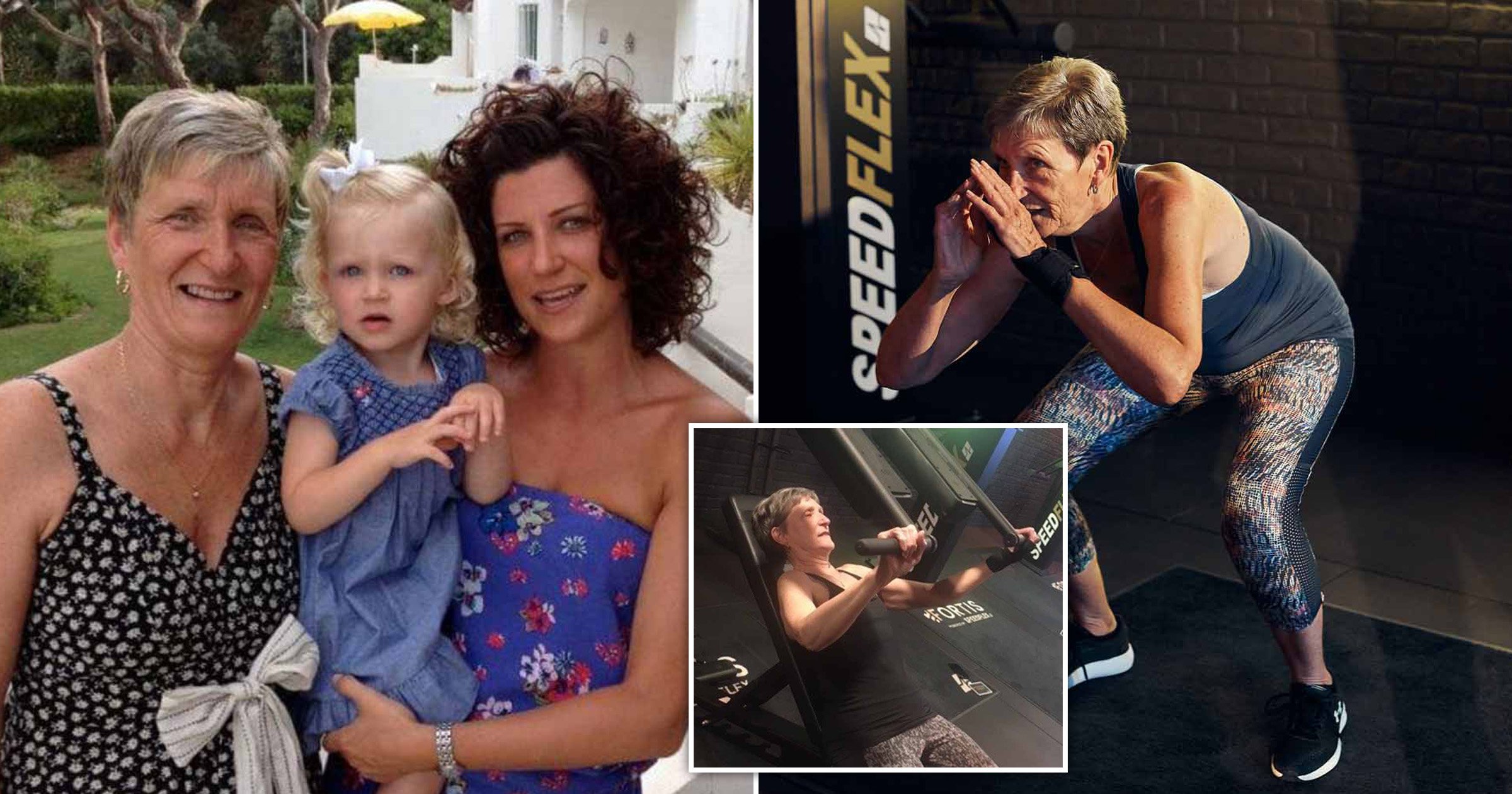 Tending to a beautifully nurtured garden, like my nan?

Or maybe spending your hard-earned free time playing an instrument, reading the paper or watching the discovery channel for four hours a day, a la my grandad?

A while ago, it would be unheard of for a 70-year-old to say they spend their free time post-retirement pumping iron and doing Zumba in the local gym.

But that’s exactly what Denise Wallington, 70, from Bedfont, West London, gets up to.

Before retirement, when fitness wasn’t a priority, Denise says she had already begun to feel ‘lethargic’.

But, when her friend recommended she start swimming at her local pool after her retirement in 2010, something just clicked.

‘I never looked back,’ said Denise.

After swimming for a few weeks, the grandma-of-two was drawn in by the music coming from the neighbouring fitness studios.

‘I used to come out of the pool from a swim and hear the music belting out from the studios. I was so intrigued that I asked to try a few of the classes,’ she said.

‘When I first started, I would come home feeling exhausted.

‘Every muscle ached, but as I progressed, my fitness levels improved and I got better.

‘I would never have believed in 100 years that I would be so hooked on the gym or that I could be this strong.’

Now, she adds, turning 70 last September was far from scary, and she ‘doesn’t feel her age at all’.

In fact, she feels great, and is killing her daily workouts.

Dublin was impressed by her fitness levels, despite her having a special wrist splint due to having  osteoarthritis in her left wrist.

But nothing can beat the feeling she gets when she sees how much she’s improving.

‘I get such a buzz in there and I feel so impressed with myself because I see those 30-something yummy mummies and I can give them a run for their money,’ she sayid.

Denise’s lease for life was renewed after her husband, Phil Wallington, died in 2002 aged 58 after being diagnosed with colon cancer, and she was forced to ‘take stock of’ her life.

‘He became ill in February, was diagnosed in March and died on April 22.’

She adds: ‘I am quite a confident and strong person as a result,’ she added.

Beyond being healthier and fitter than she ever has been, exercise has improved Denise’s life in immeasurable ways, too.

Not only does she feel she is a better grandmother to her two grandchildren, because she is able to do ‘fun’ activities with them, like swimming and towing on the Thames, but she has also made a whole host of new friends.

She says: ‘As soon as I step in the gym, there is banter with the receptionists, the trainers, the cleaner – everyone.

‘I’d advise other people in later life not to be daunted by the gym.

‘Give it a go, because it’s just great.’