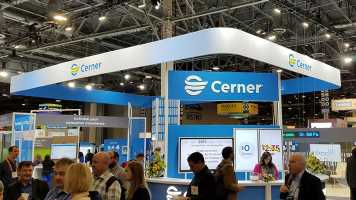 Investment adviser Starboard Value’s CEO Jeff Smith said there is a “huge” investment opportunity in Cerner and claimed the company could widen its operating margins by around 3.5 percent if it met certain targets during an interview with MSNBC.

While Smith didn’t elaborate on what those targets were, Starboard, which owns a 1.2 percent stake in the company, last week pushed to appoint four new board members — two selected by Starboard and two selected by Cerner.

Joe Mandacina, the head of communications for the Kansas City-based Cerner, told the Kansas City Business Journal a board refresh was already in the works prior to Starboard entering the picture. And he told Healthcare IT News last week that the EHR vendor is “very comfortable with all four new members.”

The fourth board member, R. Halsey Wise — former CEO of healthcare technology performance advisor MedAssets — currently has no personal stake in the company.

“We were able to reach a very constructive agreement with them,” Smith told MSNBC. “It’s a highly sticky business.”

WHAT ELSE TO KNOW

With four new members joining and Denis Cortese and Cerner cofounder Cliff Illig retiring, Cerner said it has refreshed more than half of its board since 2017.

Smith went on to predict that Cerner could boost operating margins by nearly 10 percent over the next 18 months if they meet the aforementioned targets.

“The market is not giving them credit for those targets. We believe those targets are achievable,” Smith told the news organization. “If they were to hit those targets, it would be a huge value opportunity at Cerner.”

Earlier this month Cerner announced it had formed a new finance and strategy committee of the board to oversee operational and financial improvement initiatives.

It has also centralized operational functions that were formerly spread across different leaders under the chief operating officer (COO) and undertaken a “comprehensive” portfolio review to drive efficiencies and focus within the company’s product development teams.

The board has approved an amendment to its stock repurchase program, authorizing the repurchase of an additional $1.2 billion of its common stock, and Cerner ha also hired consulting firm AlixPartners to conduct a detailed review of its operations and cost structure.

In addition to assisting clinicians in making care decisions and helping organizations in managing the health of their populations, the company also offers an integrated clinical and financial systems to help manage day-to-day revenue functions, as well as a range of services to support clinical, financial and operational needs.

Cerner, which has been making a series of changes to its organizational structure, go-to-market philosophy and capital allocation program, is scheduled to release its first quarter 2019 earnings results later this month.