Actor Jason Flemyng: ‘It’s important for my boys to see me cry’ 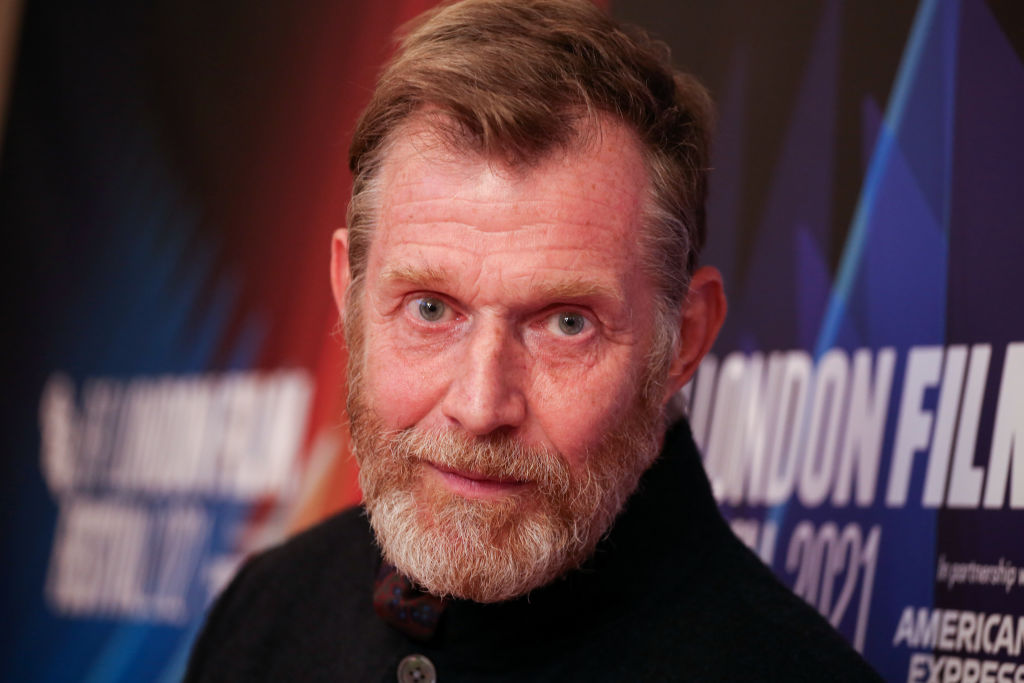 ‘People who are over 50 still smirk when you speak about mental illness,’ Jason Flemyng tells Metro.co.uk over Zoom.

He’s slightly flustered – he was running late for our digital meeting, after taking his twin sons to their climbing lessons – but the actor is clearly keen to talk about the importance of speaking out about mental health issues.

‘There’s a perception that struggling with mental health is weakness, and that needs to change,’ he explains.

‘Younger people see it as a lot more acceptable to acknowledge and discuss it.

‘I’m not saying young people have it easier – they’ve had pressures we’ve never had, like social media and Instagram – but my generation can take mental health issues less seriously.’

Known for playing some of the silver screen’s hard nuts, with roles in Lock, Stock and Two Smoking Barrels and Snatch – the 55-year-old’s gruff on-screen persona is very different from reality.

In fact, Jason is a total softie, who recognises he’s a bit of an outlier compared to other men his age, as he’s always felt in touch with his emotions.

The actor credits his upbringing, being raised by his mother in a single parent household, for his ability to speak openly about how he is feeling.

‘Growing up in an environment dominated by women meant that I didn’t have that pressure of a domineering father that had expectations of me,’ he explains.

‘It meant I grew up emotionally well connected through how my mum showed love and support. My mum’s way of behaving and talking helped me from an early age to be responsive and in touch with myself. That solely female influence on me was a positive thing, so I grew up talking about feelings.’

As Jason rose through the ranks of the acting profession, he noticed how others he’d joined the industry with were not as comfortable having frank conversations about their mental health.

‘I saw lots of actors not get to where they deserve to get to, or might hope they get to and they might fall down the wayside,’ he recalls. ‘What happens with people when they get depressed or suicidal, they disassociate themselves and they disappear to a degree.

‘I saw that so much with actors and young actors. All their aspirations were so high. When the success doesn’t come and the work doesn’t come, they disappear. A lot of people in my generation became blue, depressed and suicidal.’

He continues: ‘I lost two of my friends very early to [suicide]. I always felt I didn’t reach out when they disappeared because I was too worried about myself and my own thing. I didn’t realise.

‘But acting is a drop in the ocean of professions. It doesn’t matter what job you’re doing, that desire to succeed and reach the pinnacle of your career is massive – and not everyone makes it, regardless of how hard they try.’

In more recent years, Jason has been a keen supporter and advocate of the Samaritans.

‘So many people just fall by the wayside. That’s why the work that the charity does is so important – they’re a voice at the end of the phone when you really need to talk,’ he says.

In the charity’s Out of Sight, Out of Mind report, research shows that middle aged men are more likely to die from suicide compared to any other age group, while men are three times more likely to take their life than women.

With narratives of toxic masculinity – where boys ‘shouldn’t cry’ and should ‘man up’ when facing difficulty – still having a hold on many young men and boys out there, Jason believes it’s this macho culture that surrounds society which prevents men from feeling able to speak out.

‘These alpha guys who are my age, they struggle with moving to a different world of equality and acceptance of mental health or weakness,’ he explains.

‘I’ve done a lot of work in Brixton Prison, supporting prisoners. Those lads feel like they’re a maligned and forgotten group of the population.

‘There’s a lot of people who don’t have massive sympathy with people in prison, but the journey to prison encompasses enormous variety of people. I host my own podcast called More Than My Past which looks at the cycle or reoffending, and speaking to former prisoners who manage to break free and get on the right path. That takes an enormous amount of strength, to go from a mental health crisis in prison to a new life.

‘I’m inspired by anyone who is suicidal and who manages to get out of that hole and turn their life around. I find it incredibly humbling to be in that situation. I’ve always been glass half full and the cards have fallen right for me, but that is chance and luck. It doesn’t happen like that for everyone.’

Jason himself openly admits that the last few months have been incredibly difficult time for him mentally as well. His beloved mother’s mental and physical health plummeted, seeing her pass away in summer this year.

‘My mum was in bed at the end of the last lockdown, and she never got up again,’ he says, matter-of-factly. ‘It was rough, but I’m doing better now.

‘She was saying things like she just wanted to go. It was hard hearing her talk about her mental health in that way, because I love her, and when you love someone, it’s hard to talk to them rationally about this sometimes.’

Previously, Jason would have attempted to suppress his grief, to try and soldier on for the sake of his family. But his wife of 14 years, Elly Fairman, has encouraged him to be open about how he’s feeling, and to have an open dialogue with their 10-year-old twins, Cassius and Noah.

‘When I got upset, I used to hide it from them,’ Jason explains. ‘But actually, them seeing me cry is really good for them, because then they know it’s okay to cry and get upset about stuff. I try and do that now, and let them see me that way, to normalise male emotions.’

For this year’s World Suicide Prevention Day, Metro.co.uk have teamed up with Samaritans to share stories and awareness.

As the UK’s leading suicide prevention charity, their aim is to encourage people not to be afraid to talk about suicidal thoughts and feelings if they are worried about someone.

‘Suicide can be seen as a taboo subject, so it is important people know it is OK to ask things like, “are you feeling suicidal?” as it helps the topic of suicide enter conversations more,’ says Samaritans CEO Julie Bentley.

Research has shown that asking someone if they’re suicidal won’t make things worse – it could even protect them. You can find advice and support on how to start a conversation about suicidal thoughts here.

‘I’ve always been a soppy bastard really and that’s come from my mum,’ he adds. ‘She encouraged me to be emotional. And that’s been easy for me. Films are my therapy. I cry at any film. As men, we need an excuse to cry. The worst thing to say when boys are upset is man up, grow a pair… all the awful male phrases that are hopefully now redundant that were said to me a million times. I’m hoping Luddites like me aren’t passing on those things to kids as much as they used to.’

Now, Jason is hoping more people will be able to acknowledge and confront their feelings across the generations.

‘It’s the people who suddenly stop participating in everything who are the ones you’ve got to watch,’ he says. ‘To burst that bubble you just have to say it’s really basic and ask them if they’re okay. If you put your hand out to help, they will grab it.

‘We’re seeing Samaritans out there, but the basic tools they teach can be taught in a relatively short space of time: listening, no advice, no judgement. It’s a really simple thing, it can be learnt relatively quickly and easily.

‘Younger generations are more empathetic by the fact it’s a different world now. That’s a great thing for the future.’