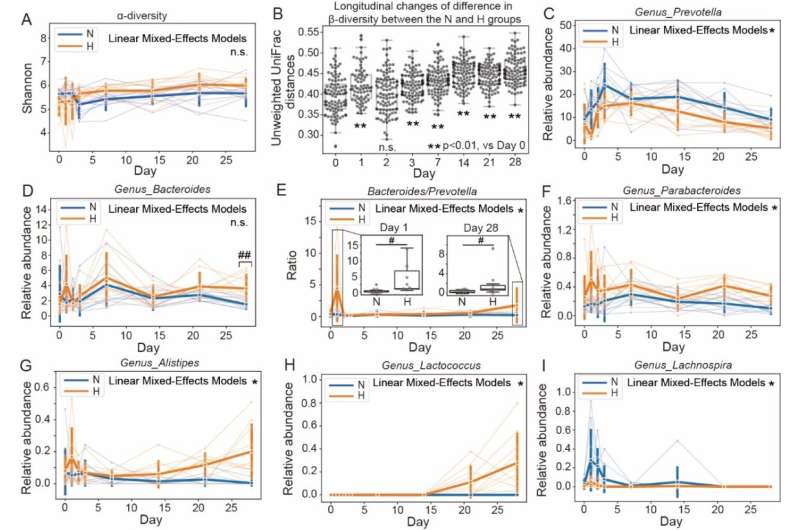 Accumulating evidence has shown that there are great differences in the structure and diversity of intestinal microorganisms in mammals or humans living at different altitudes. However, it is still unknown whether such changes play a role in the development and progression of chronic altitude-related diseases, especially in high-altitude heart disease.

Therefore, researchers led by Dr. Ruifu Yang first developed a rat model of high-altitude heart disease by exposing the rats in a hypobaric chamber, simulating the altitude of 5,000 meters for 28 days. Then, they used 16S rDNA amplicon sequencing combined with targeted metabonomics to monitor the dynamics of intestinal microbes and their metabolites during this process. They identified that the hypobaric hypoxia-induced pathological cardiac hypertrophy in rats was accompanied by a large compositional shift in the gut microbiota, which was characterized by increased abundances of the Parabacteroides, Alistipes, and Lactococcus genera and a larger Bacteroides to Prevotella ratio.

Trans-omics analyses showed that the gut microbiome was significantly correlated with the metabolic abnormalities of short-chain fatty acids and bile acids in feces, suggesting an interaction network remodeling of the microbiome-metabolome after the hypobaric hypoxia challenge. Interestingly, the transplantation of fecal microbiota (FMT) ameliorated the pathological cardiac hypertrophy and fibrosis in hypoxic rats, which was due to an inhibition of the Bacteroides and Alistipes genera abundances after FMT treatment. 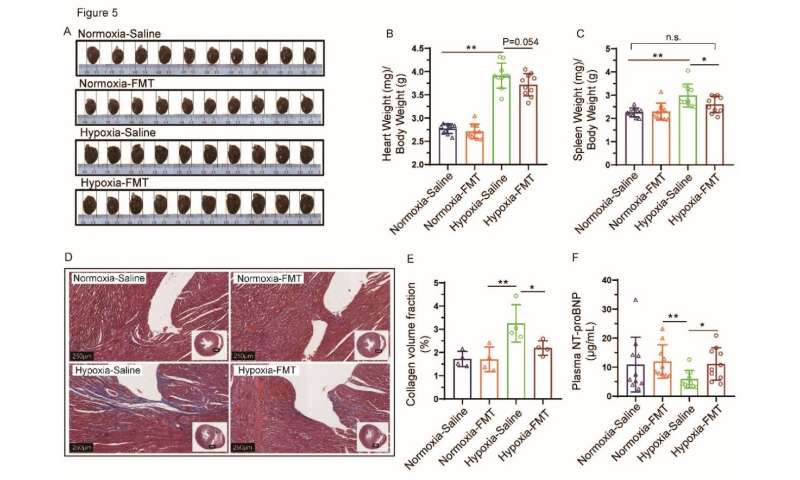 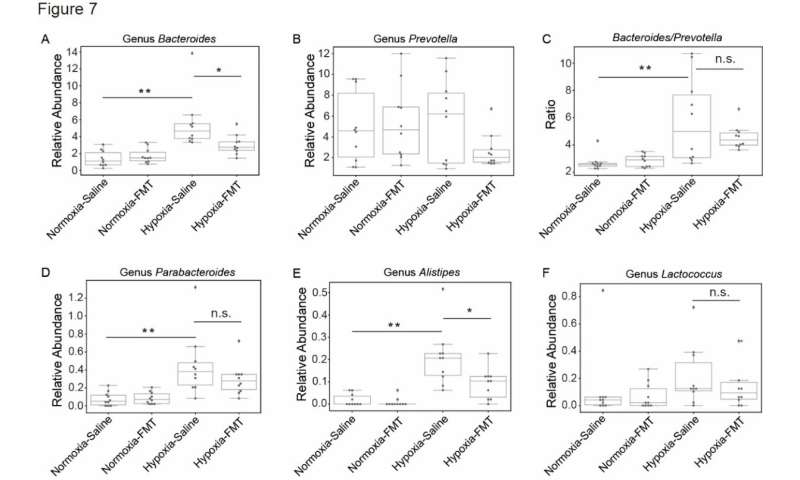 In addition, they also demonstrated that administrations of probiotics, prebiotics, and synbiotics could significantly alleviate high-altitude heart disease in the same model.

Taken together, this study provides an insight into the longitudinal changes in intestinal microecology during the hypobaric hypoxia challenge, suggesting a promising strategy to prevent or treat high-altitude heart disease through regulating the gut microbiota.