Anorexic mother, 26, who spent £94,000 on diet pills and downed 200 laxatives a day finally recovers after plummeting to FOUR STONE

An anorexic mother ended up in hospital when her weight dropped to less than five stone (31kg) after she spent more than £94,000 on laxatives.

Casey Dunstan, 26, was depressed by her post-baby body and quickly became addicted to laxatives in a bid to lose weight.

Ignoring the three-a-day limit on the drugs she ended up taking 200 pills a day and spending more than £300 a week on them.

Horrified at the prospect of her son growing up without a mother, Miss Dunstan has since beaten the illness and got her weight back to a healthy 10st 1lbs (64kg). 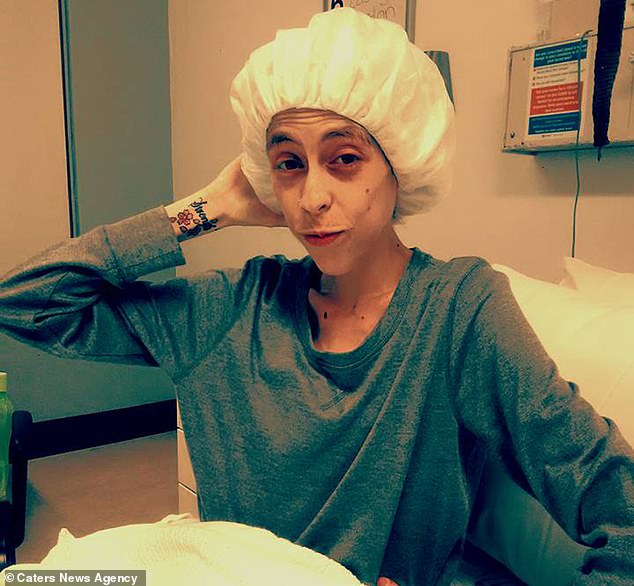 Casey Dunstan, 26, became addicted to laxatives after getting depressed about her body after giving birth to her son, and she lost almost two thirds of her bodyweight (pictured in hospital) 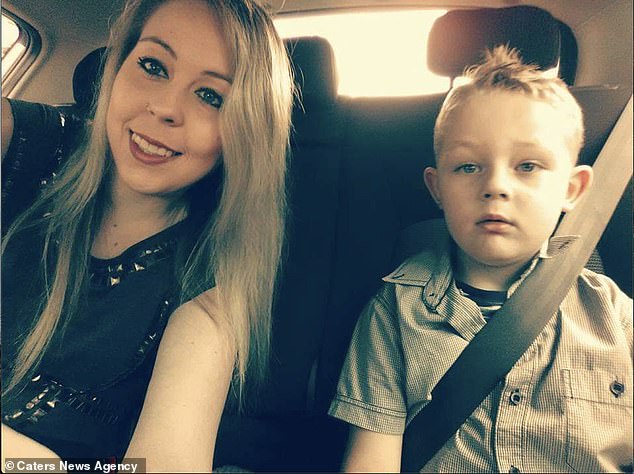 Miss Dunstan, from Wallsend in New South Wales, Australia, said being told she might die and leave her son, Nathan, six, (pictured) without a mother was the wake-up call she needed

Following the birth of her son Nathan, now six, in 2012, Miss Dunstan felt ‘extremely depressed’ by the effect carrying a child had had on her body.

She managed to lose more than three stone (19kg) in seven months but she still felt her slim figure wasn’t enough.

‘Even after losing 20kg, I still hated what I saw when I looked in the mirror,’ she said. ‘I became convinced I needed to lose just that little but more.

‘I’d already been restricting what I ate and exercising more, but I wanted that extra help.

‘I went to the chemist and couldn’t believe the hundreds of different products available to help people lose weight, it was incredible.

‘I wanted something to speed up the process. So I decided to try laxatives to help move things along, as I’d been feeling constipated and sluggish.’

She immediately doubled her dose to 12 tablets per day, despite the recommended limit of three, and in less than a month found herself taking 200 a day and eating almost nothing.

‘The dose said to take no more than three, but because I wanted it to be really effective, I took six,’ she said.

‘It worked and the next morning I was a kilogram lighter and over the moon. The next day I took 12. The weight began melting off and it just spiralled into an uncontrollable addiction.

‘Before I knew it, I’d swallow 40 tablets in one go after every little thing I ate and would total around 200 laxatives a day. 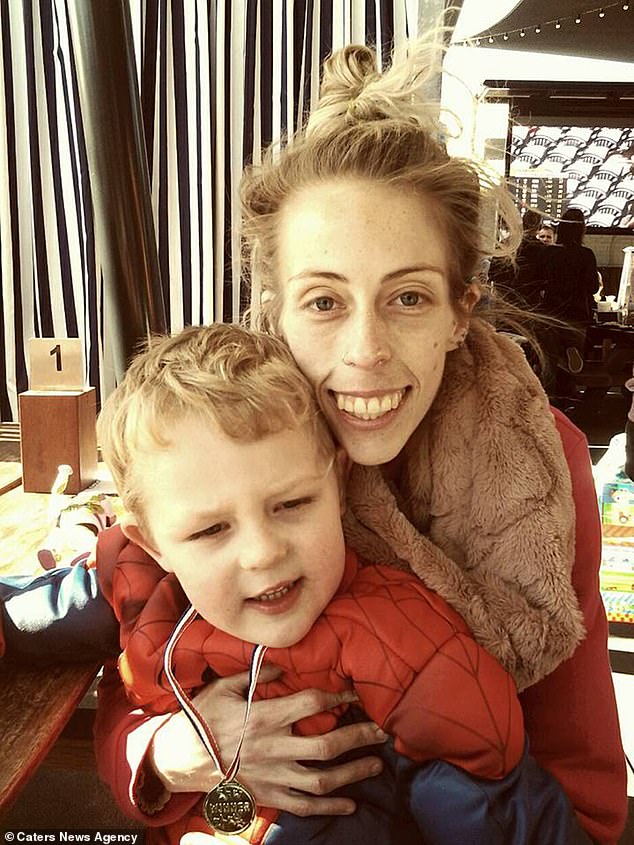 At the height of her anorexia, Miss Dunstan was taking a dangerous 200 laxatives every day, and eating only yoghurt, a handful of almonds and mushed up slices of banana 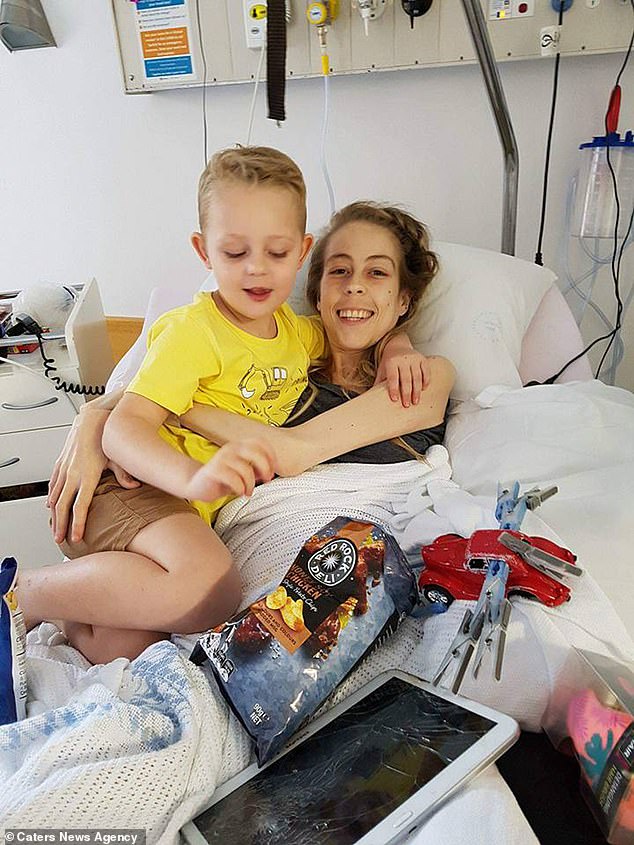 Miss Dunstan’s illness came to a head when, weighing just 4st 3lbs (27kg), she became dizzy and collapsed at home, leaving her 53-year-old mother, Sandra, to rush her to hospital

‘I experienced awful cramps and excruciating pain, but I didn’t care.’

As well as the pain and damage to her health, Miss Dunstan’s addiction quickly became a financial drain, too.

‘The chemist became my second home,’ she added.

‘I’d be in there at least three days a week stocking up on laxatives and weight loss pills. I was spending $550 [approx. £304] a week, which is just insane.

‘It was financially damaging. Any little money I had left after paying rent, bills and providing for my son, I’d always spend at the chemist.’

Miss Dunstan was also dangerously restricting her food intake to just a few hundred calories daily – the recommended amount for an adult woman is around 2,000.

She says she exercised for five hours a day and drank up to 16 pints (nine litres) of water.

Miss Dunstan said: ‘I would eat as little as possible. 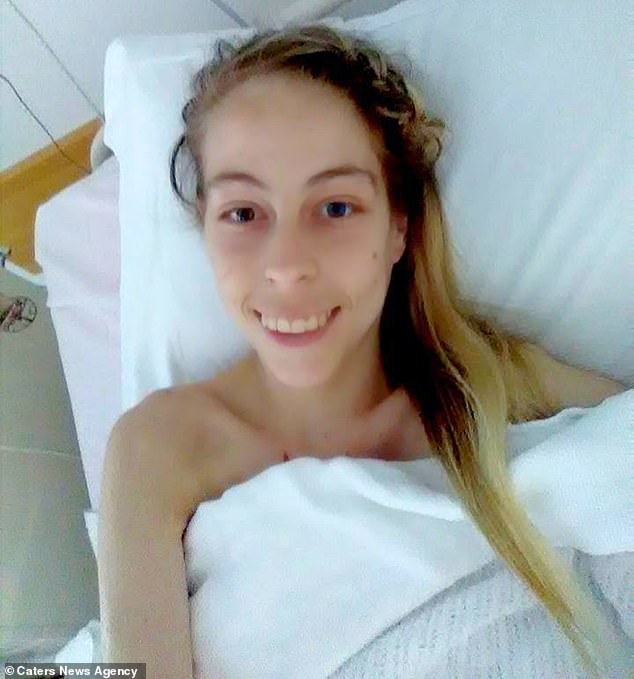 Miss Dunstan, who lost more than seven-and-a-half stone (50kg) in weight over the course of her illness, said she would spend an ‘insane’ $550 a week in the chemist on laxatives and weight loss pills, which she became addicted to because they made weight ‘melt off’ 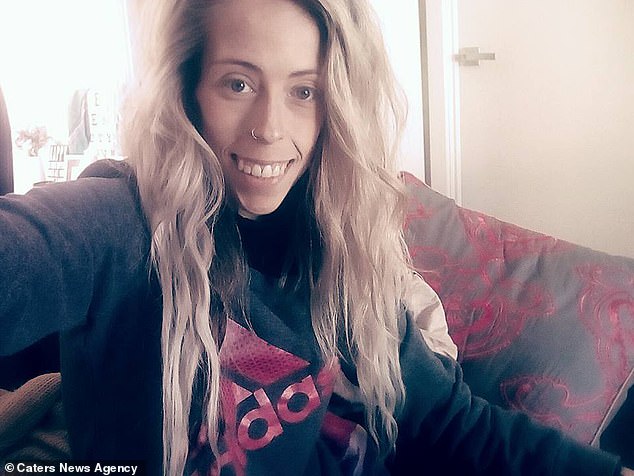 Miss Dunstan said she overheard people calling her a ‘junkie’ when she was at her thinnest, and said ‘ I’ve never felt so alone, invisible and ashamed in all my life’

‘It was usually around three spoonfuls of yoghurt at breakfast, four almonds and a few more spoons of yoghurt if I couldn’t bear the hunger at lunch.

Anorexia is a serious mental illnesses where a person restricts their food intake, which often causes them to be severely underweight.

Some sufferers may experience periods of bingeing, followed by purging.

Sufferers often have a distorted view of themselves and think they are larger than they really are.

Untreated, patients can suffer loss of muscle and bone strength, as well as depression, low libido and menstruation ceasing in women.

Behavioural signs of anorexia include people saying they have already eaten or will do later, as well as counting calories, missing meals, hiding food and eating slowly.

As well as weight loss, sufferers may experience insomnia, constipation, bloating, feeling cold, hair loss, and swelling of the hands, face and feet.

‘At night I would have one square of dark chocolate and, if I was really hungry, I would also have two round slices of banana mashed up.

‘I couldn’t stray far from my house because I was on the toilet constantly. I felt pain all day, every day. I was nauseous, suffered migraines and had no energy.

‘I was stared at and heard people calling me a junkie or saying they could see my bones. I’ve never felt so alone, invisible and ashamed in all my life.’

Miss Dunstan said her body ‘finally had enough’ in November 2017 when she felt dizzy and collapsed in her kitchen at home.

She was rushed to hospital by her own mother, Sandra, 53.

Being told she could die was the wake-up call Miss Dunstan needed, she said, and imagining Nathan growing up without her motivated her to get better.

After spending a ‘gruelling’ month in hospital, she managed to gain 4st 7lbs (29kg), doubling her body weight, and return home stronger and healthier.

But doctors warned if she continued her laxative abuse she could have her intestines removed, leaving her with a colostomy bag, or end up with colon or bowel cancer.

Miss Dunstan has now been laxative-free for more than a year, while her size 12 frame now weighs a healthy 10st 1lbs (64kg).

She added: ‘My eating disorder definitely had an impact on my son.

‘Although he hugged me before, I felt almost non-existent and like he didn’t really feel me there because I was so thin. 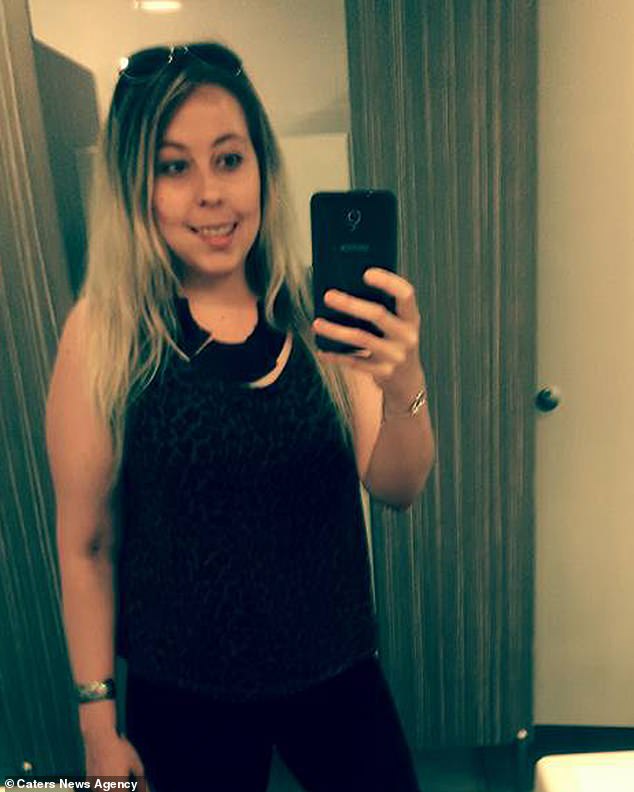 When she was taken to hospital after collapsing, Miss Dunstan managed to approximately double her body weight to a healthy size after doctors warned she could get cancer 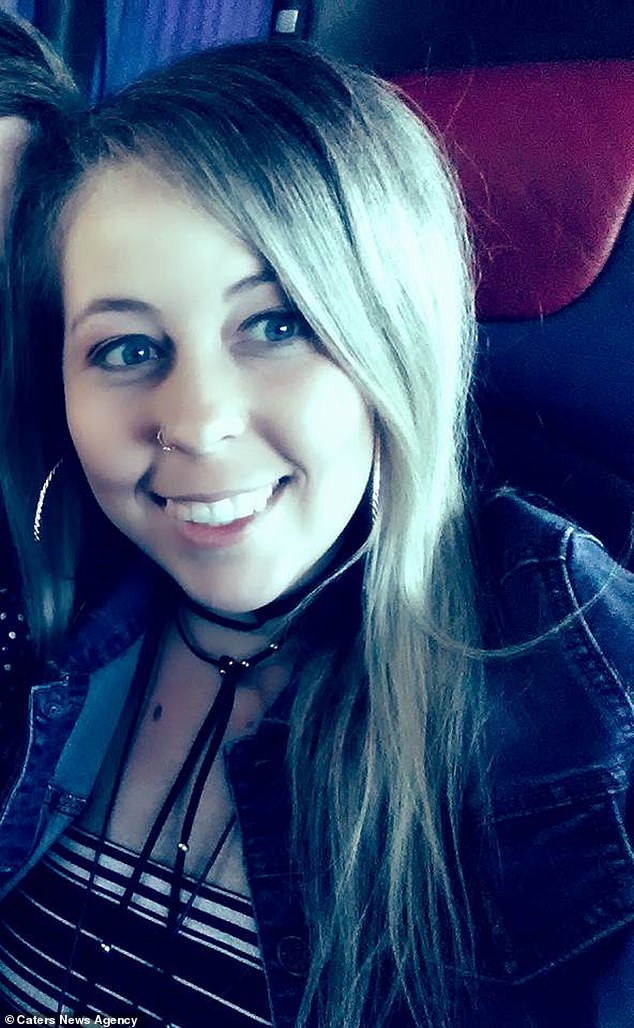 Miss Dunstan, now healthy at more than 10 stone (63kg), admits her mental illness had an impact on her son, saying: ‘Nathan has been one accepting, amazing, and loving little boy throughout his little life’

‘Since I’ve gained weight, he calls me “squishy” and I get constant cuddles all day long. Nathan has been one accepting, amazing, and loving little boy throughout his little life.

‘Now I can go to the park or go shopping with him, without having to worry about running to a restroom.

‘I am just grateful to still be alive, and to be able to be there for my son. I am looking forward to a much brighter future.’