Shortly after having a bowel operation I discovered that both my little fingers were numb — the one on the right being particularly bothersome. The orthopaedic doctor examined the nerves of the elbow regions for a possible cause, promising further appointments. Is the numbness I’m referring to common, and can it be put right?

I suspect that this numbness relates to damage done during your operation.

Your description fits with a diagnosis of ulnar neuropathy, the second most common form of tingling fingers (after carpal tunnel syndrome). It occurs when the ulnar nerve — which runs the length of the arm and, among other things, conveys sensation to the little finger, part of the ring finger and the palm — becomes pinched.

Typically, the nerve becomes compressed in a groove close to the elbow causing tingling and numbness of the little finger and half of the adjacent ring finger. 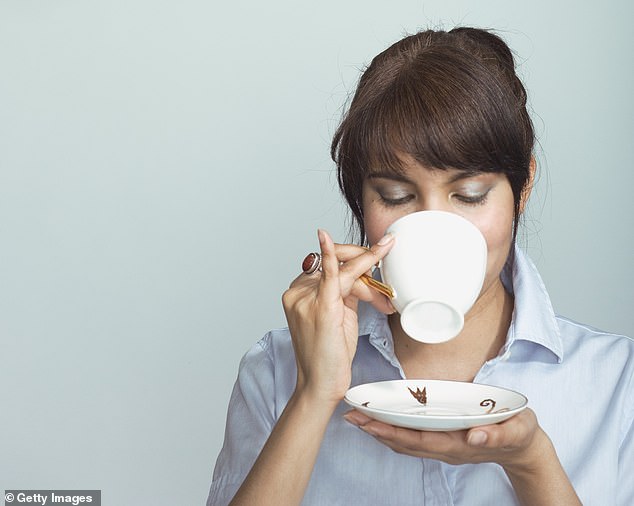 Did you know? Ulnar neuropathy is the second most common form of tingling fingers after carpal tunnel syndrome. It occurs when the ulnar nerve becomes pinched.

This is in contrast to carpal tunnel syndrome, which is also caused by a pinched nerve but in this case it is the median nerve — the other main nerve supplying the hand. It becomes trapped close to the wrist joint, causing symptoms in the thumb and index finger.

The ulnar nerve can be damaged at the elbow by acute trauma, such as a fracture, or it can be irritated by compression from leaning on the elbow — or, most commonly, by keeping the elbow flexed for a prolonged period of time.

I suspect this is the cause in your case.

During your recent abdominal operation, it is likely that once you were anaesthetised and on the operating table your arms were flexed at the elbow and laid on your chest, away from the area of the surgery.

Nerve damage is not uncommon after an operation. According to the Royal College of Anaesthetists, minor symptoms as a result of peripheral nerve damage (the nerves that run between the spinal cord and the rest of the body) may occur in 1-in-1,000 people who have a general anaesthetic — and the ulnar nerve and the peroneal nerve in the leg are the most commonly affected.

This damage may occur, for example, as a result of positioning — such as lying on your front, or if (as in your case) a limb is flexed, or if a tight tourniquet is needed to stem bleeding (and the pressure irritates a nerve).

Your symptoms should improve within weeks and resolve fully within a year.

In the meantime, anti-inflammatory painkillers may help with discomfort, and avoiding prolonged elbow flexion by wrapping a towel around each elbow at night may hasten the resolution of the symptoms.

For the past two years I’ve had tinnitus — a continuous hissing and whining in my ears, of varying loudness and intensity. It began with a build-up of wax in my left ear. What amazes me is that there is nothing the medical profession can do about it.

At least 15 per cent of us will experience tinnitus at some point. For many, it is a temporary problem that clears within weeks or months. But for a minority, it becomes a permanent symptom that adversely affects the quality of life.

Tinnitus is where you hear sounds such as whooshing or whirring (the word tinnitus is derived from the Latin for ringing) without there being any external cause of the sound.

It’s thought to occur as a result of a change in the amount of sound-related information reaching the brain that may result from age-related hearing loss, or damage to the ear caused by noise exposure.

His replies cannot apply to individual cases and should be taken in a general context.

Always consult your own GP with any health worries.

It is believed extra information is sent through, resulting in the ‘noise’ of tinnitus. Other possible triggers include a build-up of earwax, an ear infection, some medications that may lead to ear damage, and a head injury.

I’m afraid there is no straightforward cure: the goal of treatment is to reduce the impact of tinnitus on your life.

The human brain is hugely complex and tinnitus, is, for the most part, a brain problem.

I am reminded of Charles Bonnet syndrome, when people with partial or complete blindness ‘see’ things that aren’t there, due to the brain creating hallucinations, which to the individual are very real even though there is no input from the eyes. Tinnitus is similar.

We know that anxiety and fatigue worsen tinnitus. So relaxation techniques such as meditation and antidepressant drugs (such as nortriptyline) can help. Cognitive behavioural therapy can also be effective by altering negative thought patterns to ease the impact of the condition, though I accept that it requires much practise.

The more an affected individual focuses on the unwanted noise, because it’s so insistent, the worse and more intrusive it becomes. Short-term measures such as simply having background noise on — for example, the radio — can help.

The more you learn to ignore the tinnitus, the more it recedes into the background.

IN MY VIEW: Drinking less is important for older hearts

It has been reported that more of us are drinking less, and that may be particularly good news for your heart if you’re over 60.

I am reaching the age when atrial fibrillation, the most common heart rhythm abnormality, becomes increasingly likely. About 1 per cent of the general population has this abnormality, but over the age of 60 it’s closer to 10 per cent.

It is a major risk factor for stroke because when the heart beats irregularly, blood clots can form in the upper chambers, the atria, which can then be pumped out and up into the brain.

During my career there have been two major advances in the treatment of atrial fibrillation: anticoagulation, using medication to make the blood less likely to clot, has been proven to reduce stroke risk, and is now far easier with new drugs such as Pradaxa; and ablation, in which the abnormal rhythm can be stopped by destroying the sections of heart tissue that are triggering the abnormal rhythm.

But what can we do ourselves? It appears that alcohol intake is an important risk factor.

This adds to the numerous studies that have identified excessive alcohol consumption as a significant factor in the recurrence of atrial fibrillation even after an ablation procedure.

Today it is 55 to 64-year-olds who are most likely to require hospital admission for alcohol-related injury or disease. This is our warning.