Asking For A Friend: How to know if your drinking habit is becoming a problem 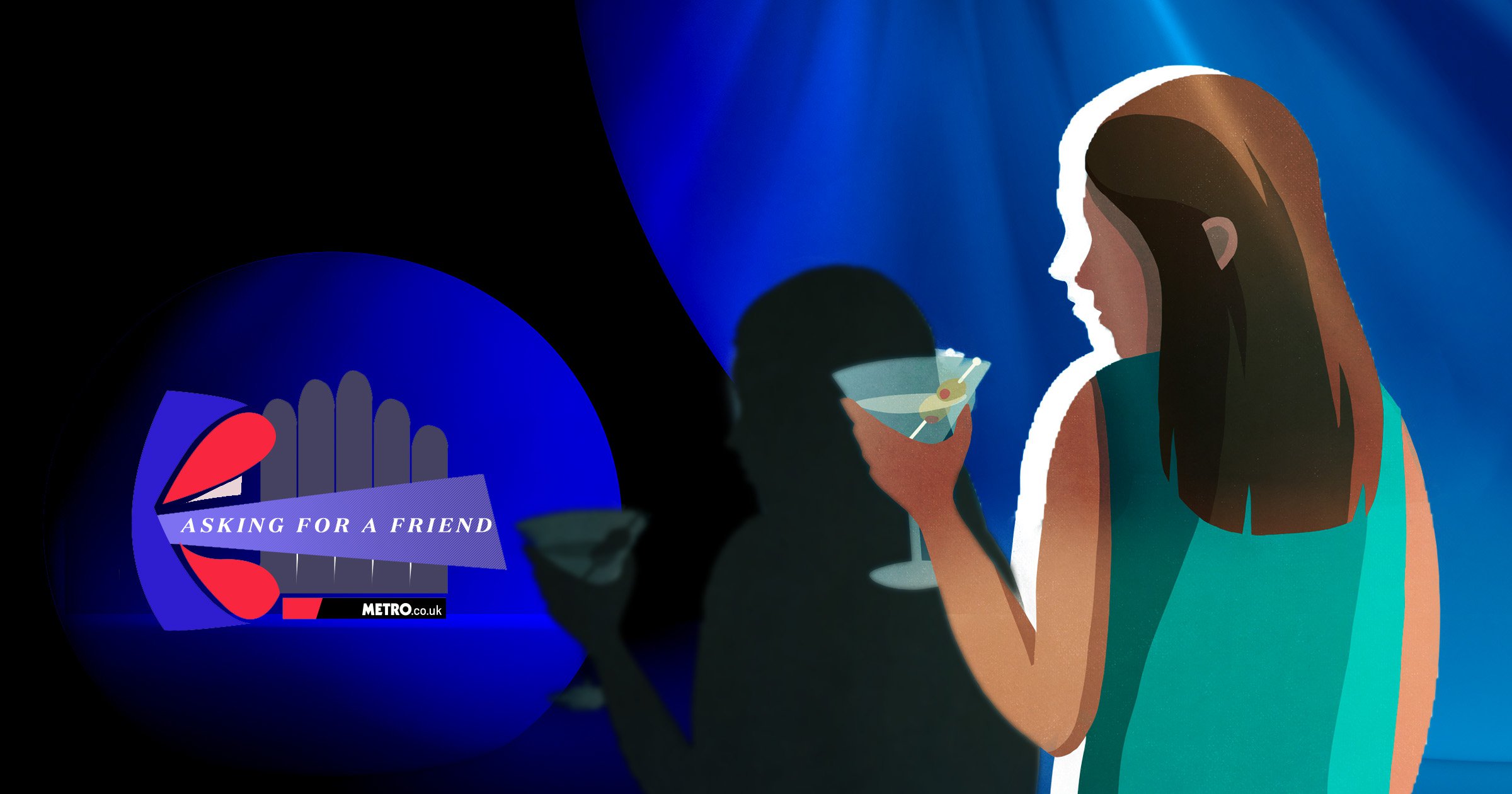 It goes without saying that alcohol is extremely normalised in the UK, for literally every occasion.

Just got a job? Let’s celebrate with cocktails!

Pre-date jitters? Just have a few glasses of wine before you head out.

A beer on a Friday lunchtime? Oh, go on then.

But the problem with drinking culture being so normalised is that it can be hard to tell if your use is verging on problematic – that is, if you’re becoming dependent on alcohol.

‘We don’t live in a society where it’s just acceptable to drink alcohol,’ Paul North, who specialises in addiction, drug policy and harm reduction, tells Metro.co.uk.

‘We live in a society where it is expected that you drink alcohol, and it is openly encouraged from politicians, to the media, film, music, university, everything.

‘So that normalisation, especially in our culture, is kind of locked up perceptions around what normal non-problematic use looks like.’

So how can you tell?

How to know if your alcohol use is becoming problematic

Withdrawals vs a hangover

The most obvious and tell-tale sign of problematic alcohol use is, of course, physical dependency, which is characterised by hangover-like symptoms and can be extremely dangerous, sometimes even resulting in seizures and death.

But how can you tell the difference between genuine withdrawals and a hangover?

As Paul notes, the usual symptoms of a hangover – nausea and headaches – are actually caused by dehydration and your body attempting to expel the alcohol, which it recognises as a poison.

However, withdrawals, while they can include nausea and headaches, are also likely to include ‘the shakes’ and confusion, which can worsen over the course of a day.

‘If your hands are shaking the day after stopping drinking alcohol after a period of sustained consumption, that’s not a hangover,’ says Paul. ‘It’s early signs of withdrawal.’

It’s important to note that, if after around 10 hours after you last consumed alcohol you start to feel these symptoms, and those symptoms get better as soon as you drink more alcohol, it’s likely withdrawal.

Withdrawals are caused by the gaba receptor, which is blocked when someone consumes alcohol, becoming ‘hypersensitive’ when alcohol leaves their system, says Paul.

This is what leads to withdrawal symptoms like shaky hands, and those symptoms worsen each and every time someone withdraws, even when less alcohol is consumed – known as the kindling effect – which is why withdrawal symptoms may not be as intense the first few times.

The fact that, after a number of withdrawals, people withdrawing from alcohol can have seizures or even die is why harm reduction advice tells people not to quit cold turkey, rather they should slowly decrease their intake over time.

Although it isn’t advised, drinking a small amount of alcohol every day, whether it’s a beer after work or a glass of wine to relax in the evening, is fairly normalised and, on its own, not necessarily a sign that something is wrong.

Of course, if you drink more than a bottle of wine each night, or half a litre of vodka, you’re at risk of experiencing physical withdrawals when stopping, and there’s a high chance that you’ve become dependent.

But in smaller amounts, it’s important to ask yourself some questions about why you drink every day.

Copious amounts of alcohol, Paul explains, work to shrink your attention span, meaning that, while drinking, you’re likely to only be concerned with whatever it is you’re doing at the moment and less about the past and future.

For people looking to forget trauma or avoid something that’s bothering them, it seems like the perfect setup – and that’s when binge drinking becomes problematic, because alcohol is merely a sticking plaster and does nothing to address the root issues.

‘So when you’re not intoxicated,’ Paul says. ‘It comes back the next day. That feeling just keeps reemerging.’

He continues: ‘Alcohol should be used to make a good time better, not a bad time bearable.’

Essentially, if you’re using alcohol to cope with negative feelings, such as trauma or even stress, and you feel it’s the only way you can do that, you’re at risk of becoming dependent.

‘If you drink every day, a good thing to consider is what a day without alcohol looks like,’ says Paul. If it’s much worse, unbearable even, it’s likely you’ve got a problem.

Another good question to ask, especially if you use alcohol to unwind or destress, is what other coping mechanisms you have to deal with those things, such as exercise or journaling.

‘If you’re leaning too heavily on alcohol, that’s where those problematic relationships begin to manifest and that daily drinking habit begins to form,’ says Paul.

Among certain demographics, occasionally drinking on Friday, Saturday and Sunday is par for the course and alcohol use continuing into the next day following a big party is fairly normal, especially among people who take drugs.

Even doing this more than once a month can be seen as normal for some groups, like students, and identifying problematic behaviour can be difficult.

The NHS defines binge drinking as eight units of alcohol for men and six for women. To put that into perspective, that’s around eight single spirits with mixers or four pints of lager for men, less for women.

As Paul notes, this is likely to be much less than a normal pattern of drinking in the UK, especially for people who like to pre-drink before heading out.

‘It’s quite normal for people to do that, because they find it enjoyable and they can have a laugh,’ he says. Although, he adds, good harm reduction advice would be to not drink from one day into the next.

Again, it goes back to the why: if you’re drinking to deal with negative feelings, that’s when problems start to arise.

On top of this, Paul says, if binge drinking or excessive partying is beginning to take precedent over things like work, family and relationships, it might be a sign to dial it down.

He says: ‘Once the use of [alcohol] starts becoming a focal point of the week, more important than other things, and is something that you think about or obsess over, that to me is the forming of a problematic relationship.’

If you feel tempted to drink to forget, especially after receiving some bad news or having some bad luck, Paul recommends doing something first to help deal with the feelings you’re hoping to repress, whether that’s exercise, therapy, journaling or simply talking to a friend.

‘After that, if you still want to have a drink, that’s fine,’ he says. ‘But at least you’ve given yourself an opportunity to deal with that feeling in a more positive way.’