Autism symptoms reduced 50% in kids who had fecal transplants

Autism symptoms can be reduced 50% in children who received fecal transplants, study finds

The study builds on the theory that the neurological condition may be rooted in the gut, rather than the brain.

Two years after the transplant, children saw a roughly 45-percent drop in issues with language, social interaction and behavior. 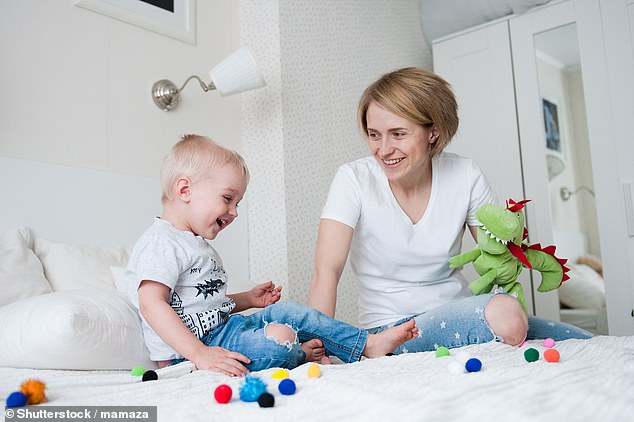 Children with autism had far fewer behavioral and linguistic symptoms after a fecal transplant, a new study says (file image)

Dr Rosa Krajmalnik-Brown, a microbiologist at Arizona State University who jointly led the study, said: ‘We are finding a very strong connection between the microbes that live in our intestines and signals that travel to the brain.

‘Two years later, the children are doing even better, which is amazing.’

At the start, 83 percent of participants were rated as having ‘severe’ autism.

By the end, this had dropped to 17 percent – with 39 percent classed ‘mild to moderate’ and 44 percent falling below the cut-off for even mild ASD.

Worldwide, interest is growing in the idea abnormal quantities of certain bugs may be responsible for triggering a variety of conditions.

‘Many kids with autism have gastrointestinal problems, and some studies, including ours, have found those children also have worse autism-related symptoms,’ Dr Krajmalnik-Brown said.

‘In many cases, when you are able to treat those gastrointestinal problems, their behavior improves.’

The apparent rise and lack of treatments has spurred researchers to enter the field and explore the disability in innovative ways.

These include behavioral, speech and social therapy, psychiatric medications and dietary and nutritional approaches.

But no medications have been approved to treat core symptoms such as social communication difficulties and repetitive behaviors.

One promising avenue involves the collection of microbes that lives in our intestines helping us digest food, train our immune system and prevent overgrowth of harmful bacteria.

The study published in Scientific Reports found most of the initial improvements in gut symptoms remained.

What is more, parents reported a slow steady decline in ASD symptoms both during treatment – and over the next two years.

Up to 50 percent of autistic patients have chronic gastrointestinal (GI) problems, mainly constipation and diarrhea that can last for many years.

That discomfort and pain can cause irritability, decreased attention and learning, and negatively impact behavior.

An earlier study with the antiobiotic vancomycin found major temporary improvements in GI and autism symptoms.

But the benefits were lost a few weeks after treatment stopped despite use of over-the-counter probiotics.

Dr Krajmalnik-Brown and colleagues showed by transferring healthy microbiota to individuals lacking certain gut bacteria, it is possible to ‘donate’ a more diverse set of bacteria into the patient and boost health.

The therapy involved pre-treatment with vancomycin, a bowel cleanse, a stomach acid suppressant, and daily poo transplants for seven to eight weeks.

At the beginning the children were found to have lower diversity in their respective gut microbes and were depleted of certain strains of helpful bacteria, such as Bifidobacteria and Prevotella.

Dr Krajmalnik-Brown said: ‘Kids with autism are lacking important beneficial bacteria, and have fewer options in the bacterial menu of important functions that bacteria provide to the gut than typically developing kids.’

The treatment substantially increased microbial diversity and the presence of helpful bacteria, including Bifidobacteria and Prevotella.

After two years, diversity was even higher and the presence of beneficial microbes remained.

The work is not only about treating patients but also about learning from the treatment in order to develop better formulations and optimize dosing.

Dr Krajmalnik-Brown said: ‘Understanding which microbes and chemicals produced by the microbes are driving these behavioral changes is at the heart of our work.’

Two years after treatment stopped the participants still had an average 58 percent reduction in GI symptoms.

In addition, the parents of most of the 18 participants reported ‘a slow but steady improvement in core ASD symptoms.’

Every family completed the study, and returned two years later for a follow-up evaluation.

The treatment was generally well-tolerated with minimal adverse effects.

Fecal transplants were pioneered more than 30 years ago by Dr Thomas Borody, an Australian gastroenterologist at the Centre for Digestive Diseases in Sydney.

He said: ‘I would call it the highest improvement in a cohort that anyone has achieved for autism symptoms.’

But larger clinical trials involving hundreds of autistic children are required before it can be approved as a treatment by the US Food and Drug Administration.