Bella Hadid Gave Up E-Cigarettes for the New Year: ‘So Far So Good!’ 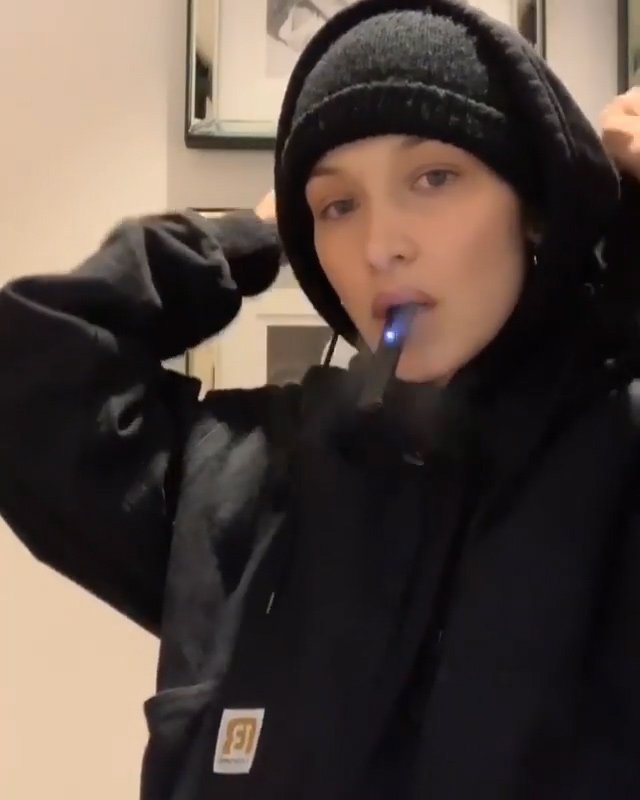 The 22-year-old model revealed that her 2019 resolution is to give up using her Juul, a type of e-cigarette.

“2019 resolution — quit Juuling! So far so good!” she wrote on Instagram, along with a video of her using the vaping device — presumably filmed back in 2018.

Hadid, who has chronic Lyme disease, told PEOPLE in November ahead of the Victoria’s Secret Fashion Show that she’s feeling healthier than ever these days.

“I’ve been really sick for the past few years, and it was really hard for me to fully experience the whole show and have fun with it and be excited,” she said. “This year I really just feel like I am myself again and happy and healthy in all aspects of my life.”

Ditching her Juuling habit is a continuation of Hadid’s focus on her health. The e-cigarette contain fewer toxins than traditional cigarettes, but a higher dose of nicotine that makes it highly addictive.

The makers of Juul — which owns 74 percent of the e-cigarette market — have been under intense scrutiny from the Food and Drug Administration over the last six months due to “an epidemic proportion” of teen vaping.

In September, the FDA ordered Juul and other e-cigarette manufacturers to find a way to halt illegal sales of their product to minors. Two months later, ahead of the FDA’s deadline, Juul announced it would stop sales of almost all of their flavored pods in stores and delete their social media accounts.

“We don’t want anyone who doesn’t smoke, or already use nicotine, to use JUUL products,” Juul CEO Kevin Burns said in a statement. “We certainly don’t want youth using the product. It is bad for public health, and it is bad for our mission.”