Beta blockers can repair malformed blood vessels in the brain 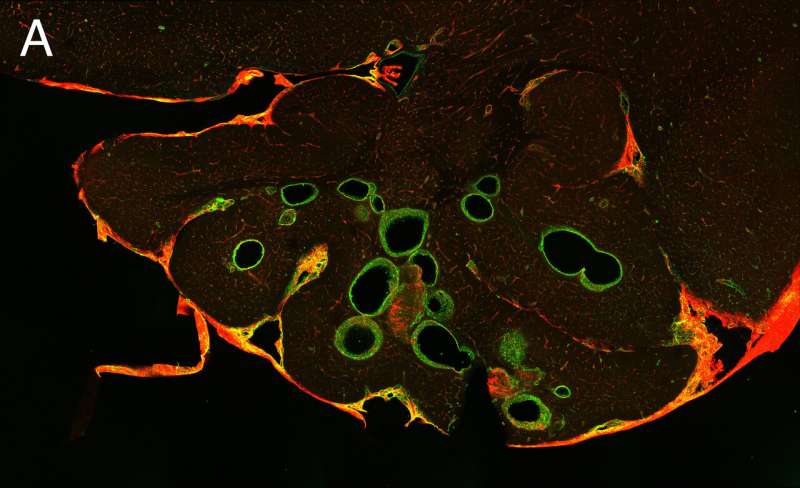 Propranolol, a drug that is efficacious against infantile haemangiomas (“strawberry naevi,” resembling birthmarks), can also be used to treat cerebral cavernous malformations, a condition characterized by misshapen blood vessels in the brain and elsewhere. This has been shown by researchers at Uppsala University in a new study published in the scientific journal Stroke.

“Up to now, there’s been no drug treatment for these patients, so our results may become hugely important for them,” says Peetra Magnusson of the University’s Department of Immunology, Genetics and Pathology, who headed the study.

Cerebral cavernous malformations (CCMs, also called cavernous angiomas or cavernomas) are vascular lesions on blood vessels in the brain and elsewhere caused by genetic changes that may be hereditary or arise spontaneously. Today, an operation to remove these lesions is the only possible treatment. However, surgical interventions in the brain are highly risky. Since the vascular malformations, moreover, recur in the hereditary form of the condition, a drug treatment for CCMs is urgently required instead.

The uses of propranolol, a beta blocker, include treating cardiovascular diseases and conditions such as high blood pressure. But it can also be used to treat a haemangioma (“strawberry naevus”), a common blood-vessel malformation in children. There are some indications that the preparation might work against CCMs as well. 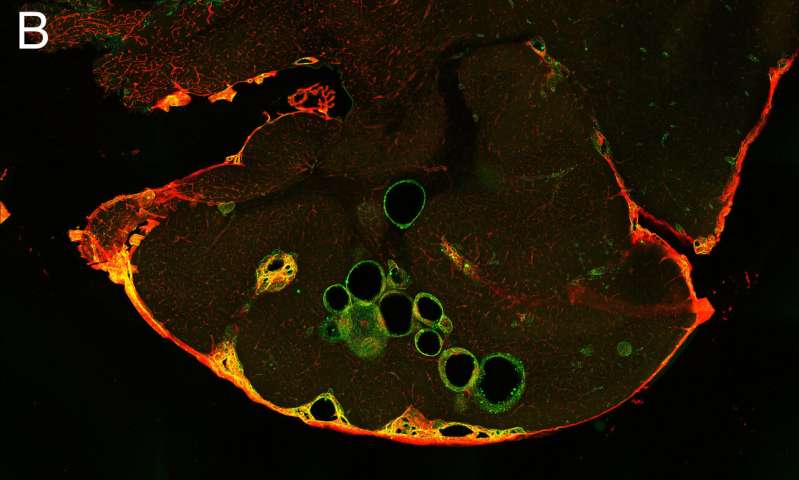 The new study is a collaboration involving researchers at Uppsala University, the Swedish University of Agricultural Sciences and, in Italy, IFOM—The FIRC Institute of Molecular Oncology and the Mario Negri Institute of Pharmacological Research. The researchers have been investigating how propranolol affects the emergence of vascular lesions in the form of CCMs.

“We examined mice with vascular malformations in the brain—cavernomas or CCMs, as they’re called—that corresponded to the hereditary form of the condition in humans. The mice were given propranolol in their drinking water, and we were able to see that the cavernomas were becoming fewer and smaller. The blood vessels functioned better, too, with less leaking and improved contacts between their cells,” Magnusson says.

The propranolol dose administered to the animals was equivalent to the dose used to treat diseases in humans. Using an electron microscope, the researchers were able to study in detail how the drug affected the cavernomas.

The results show that propranolol can be used to shrink and stabilize vascular lesions, and may be a potential medicine for treating CCMs.