Bowel cancer symptoms: The shape of your stools could signal the deadly disease

Bowel cancer symptoms tend to effect a person’s bowel habits, with blood in poo being one of the most notable signs. But the shape of your stools could also help detect if you’re at risk of the disease.

According to Mayo Clinic, narrow stools can be a sign of bowel cancer.

It explains: “Narrow stools that occur infrequently probably are harmless.

However in some cases, narrow stools — especially if pencil thin — may be a sign of narrowing or obstruction of the colon due to colon cancer [another name for bowel cancer].”

It adds: “Irritable bowel syndrome (IBS) is another condition that may cause changes in the size of your stools, so that they’re smaller, larger or narrower than usual. 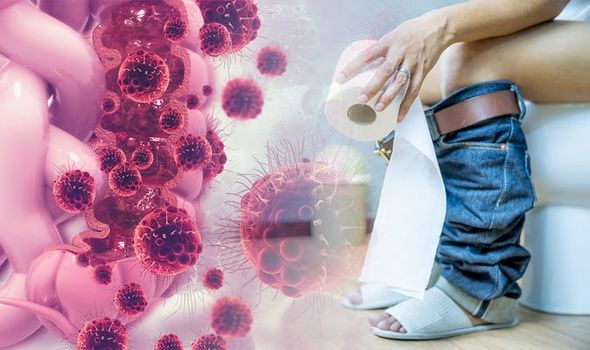 “IBS also causes changes in the consistency of stools.”

Mayo Clinic advises to c heck with your doctor if you notice any changes in your bowel habits – such as narrower than normal stools that last longer than one to two weeks.”

It adds: “Consult your doctor immediately if your bowel changes are accompanied by rectal bleeding or severe abdominal pain.”

Abdominal pain, discomfort or bloating alway brought on by eating is another symptom of bowel cancer.

This can sometimes result in a reduction in the amount go food eaten and weight loss.

More than 90 percent of people with bowel cancer experience a persistent change in bowel habit, blood in poo and abdominal pain.

The NHS does note constipation, where a person passes harder stools less often, is rarely caused by serious bowel conditions. 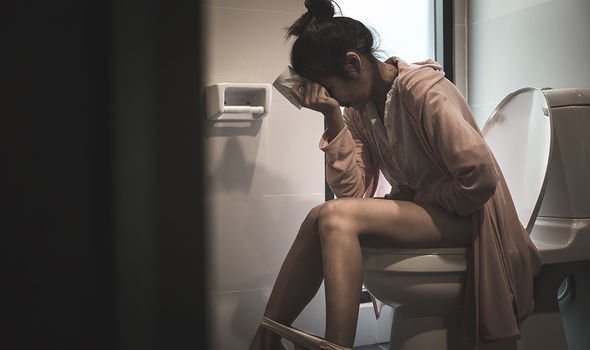 The health body advises: “See your GP if you have one or more of the symptoms of bowel cancer, and they persist for more than four weeks.”

Blood in poo can be a sign of bowel cancer, but is often due to other causes.

Cancer Research UK explains: “Most often, blood in the stool is from piles (haemorrhoids), especially if it is bright red, fresh blood. Piles are like swollen veins in the back passage. These veins are fragile and can easily get damaged when you pass a bowel motion, causing a little bleeding. 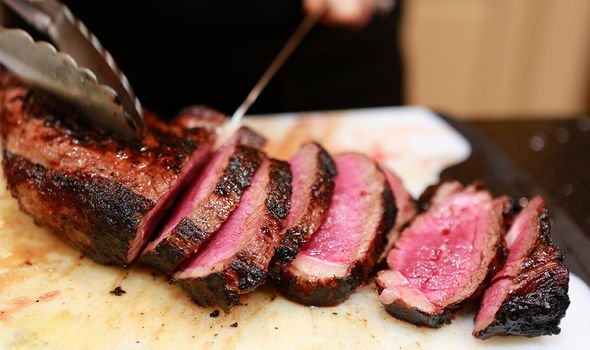 “Blood from higher up in the bowel doesn’t look bright red. It goes dark red or black and can make your bowel motions look like tar. This type of bleeding can be a sign of cancer higher up the bowel. Or it could be from a bleeding stomach ulcer for example.”

How to prevent bowel cancer

One of the best ways to prevent bowel cancer is through diet and exercise.

When it comes to diet, you should cut down on your red and processed meat consumption.

Bowel Cancer UK says: “There is strong evidence that eating processed meat and a lot of red meat increases your risk of bowel cancer. To reduce your risk, limit how much red meat you eat and avoid processed meats as much as possible.

“Red meat includes beef, lamb, pork and goat. If you choose to eat red meat, you do not need to stop but limit the amount you eat to 500g or less (cooked weight) per week. 500g of cooked red meat is about the same as 700g of raw red meat. Eating more than this may increase your risk of bowel cancer.”

When it comes to exercise you should try to do at least 30 minutes of physical activity such as brisk walking, five times a week.