Bulking and cutting: How a fitness trend may be impacting youth 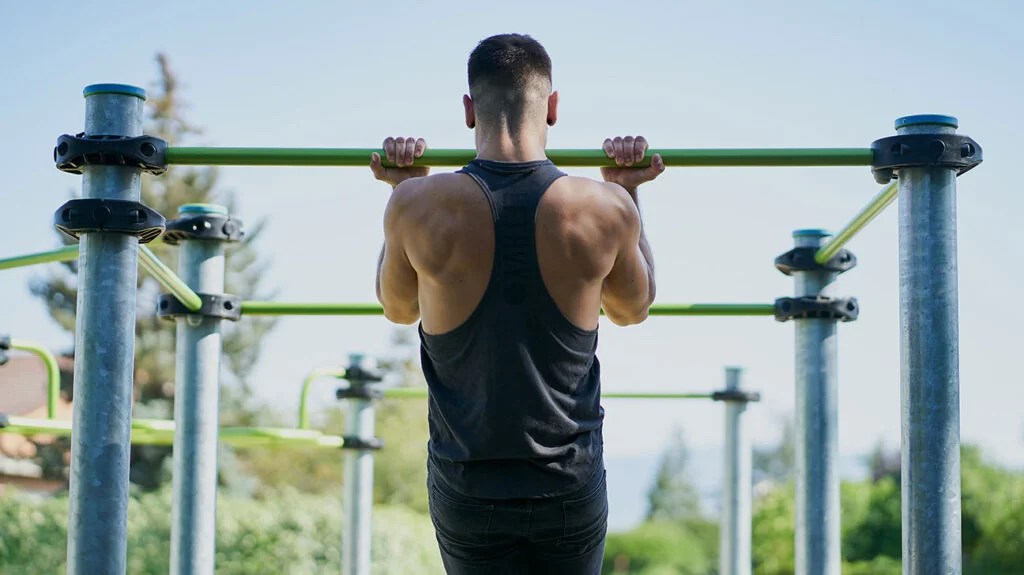 Engaging in muscularity-oriented eating and weight-control behaviors is common among adolescents and young adults and varies according to gender.

“Bulking and cutting” is a dietary technique in which individuals alternate between periods of high caloric surplus— ‘bulking’, and periods of caloric restriction—‘cutting’, to increase muscle definition.

Until now, few studies have explored the link between bulk and cut cycles and psychological factors such as the drive for muscularity, eating disorders, and muscle dysmorphia.

Recently, researchers conducted a study to understand the prevalence of bulk and cut cycles across genders and to recognize any links with mental health conditions.

They found that almost half of young men and one in five women, transgender, and gender non-conforming (TGNC) individuals engaged in ‘bulk and cut’ cycles in the last 12 months.

They also found that “bulking and cutting” was linked to an increased incidence of muscle dysmorphia and eating disorders among all genders.

The study was published in Eating and Weight Disorders- Studies on Anorexia, Bulimia, and Obesity.

Survey on ‘bulk and cut’ diet

For the study, the researchers used survey data from 2,762 individuals from the Canadian Study of Adolescent Health Behaviors. Participants were between 16 and 30 years old and were recruited between November and December 2021 via adverts on Instagram and Snapchat.

After analyzing the results, the researchers found that men were almost twice as likely as women and TGNC individuals to engage in bulk and cut cycles in the last 12 months and in the last 30 days.

They conversely found, however, that women and TGNC participants tended to complete more bulk and cut cycles than men.

They further found that in men, women, and TGNC participants, bulking and cutting were associated with a higher drive for muscularity, eating disorders, and muscle dysmorphia.

Engaging in bulk and cut cycles in the last 12 months and 30 days was also linked to a greater incidence of eating disorders and muscle dysmorphia among men and women.

However, eating and cut cycles correlated only with muscle dysmorphia among TGNC participants in the last 12 months.

“Muscle dysmorphia occurs when an individual becomes obsessed with becoming muscular. They may view themselves as puny even if they are objectively muscular.”
— Dr. Jason Nagata

Dieting among men vs. women

To explain their results, the researchers noted that men’s engagement in bulking and cutting — with an average of three cycles per year — generally aligns with regimes promoted by the fitness industry to achieve body ideals.

They added that women might be more compelled to engage in shorter bulk and cut cycles — leading to a greater number of completed cycles — to ensure a more consistent body image without excessive muscle gain or body fat.

They also noted that the greater number of completed bulk and cut cycles among TGNC individuals might be evidence of a greater level of disordered eating to align with gender-specific body ideals.

When asked about the study’s limitations, Dr. Rebecca L. Pearl, assistant professor at the Department of Clinical and Health Psychology at the University of Florida, told MNT:

“Since ‘bulk’ and ‘cut’ cycling has received little attention in eating disorder research and treatment, there is not yet a standardized way to screen for this in young people. It’s possible that the questions used in the current study to assess ‘bulk’ and ‘cut’ behaviors may not have measured exactly what the authors intended to measure across all participants.”

“As the authors highlighted in their paper, it’s possible that some participants – particularly women and transgender and gender non-conforming individuals – may have been thinking about times when they cycled between binge eating and subsequent caloric restriction (symptoms of bulimia nervosa) when they endorsed the questions about cycling between “overconsumption” and “underconsumption,” she said.

“[P]articipants in this study were recruited via social media. Individuals who are active on social media may have greater exposure to and/or greater interest in messages related to fitness ideals and muscularity-oriented disordered eating and weight control practices [than those less active on social media]. Thus, the prevalence of ‘bulk’ and ‘cut’ behaviors in the study sample could potentially be higher than in the general population.”
— Dr. Rebecca L. Pearl

What this means for the future

The researchers concluded that their findings have important implications for future research and clinical and public health efforts.

When asked what these implications might be, Dr. Kyle T. Ganson, assistant professor at the Factor-Inwentash Faculty of Social Work at the University of Toronto and the study’s lead author, told MNT:

“Given the popularity of this dietary practice, and the fact that it is supported and emphasized in many communities (i.e., online, social media, fitness), we need to be thinking of it as potentially overlapping with serious mental and behavioral health conditions that can have significant adverse effects.”

“Healthcare professionals need to be aware of this unique behavior and not just screening for ‘typical’ eating disorder behaviors, such food restriction and binge-eating, or ‘typical’ body-focused attitudes and behaviors, such as [a] drive for thinness.”
— Dr. Kyle T. Ganson

“Overall, we need to bring bulking and cutting, which is within the larger umbrella of muscularity-oriented eating and weight control behaviors, and the potential problems associated with these behaviors, into focus within our society, and among health and mental healthcare systems,” he added.

“If people sense that their psychological, social, and/or occupational functioning is being impeded by their focus on body and food, this may be an indicator of a potential eating disorder,” he said.

“It is important to note here that eating disorders can impact anyone, including all genders and sexual identities, races and ethnicities, people of all body sizes, and across the income spectrum. People shouldn’t assume that they don’t have an eating disorder because they do not fit the mold society has prescribed as having an eating disorder: white, young, skinny, affluent, female.”
— Dr. Kyle T. Ganson

Dr. Ganson noted that muscle dysmorphia has similar psychological, behavioral, and functional symptoms to eating disorders. However, he said it differs as it is primarily driven by significant muscle dissatisfaction and an intense desire to gain muscle.

“This may manifest in excessive and compulsive exercise and weight training, dietary practices aimed at increasing muscularity (i.e., bulking and cutting), and use of appearance- and performance-enhancing drugs and substances, like anabolic steroids,” he pointed out.

To treat eating disorders and muscle dysmorphia, Dr. Pearl said talking with somebody is a good first step.

“Many individuals keep these behaviors a secret from their loved ones due to shame and fear of judgment, which can lead them to feel even more ashamed and alone. Seeking professional help is important, which could include talking to your doctor or finding a mental health professional or nutritionist who specializes in body image and eating disorders,” she said.

“Non-profit and advocacy organizations such as the National Eating Disorders Association offer resources for obtaining accurate information, understanding treatment options, and connecting with others who have had similar experiences,” she added.