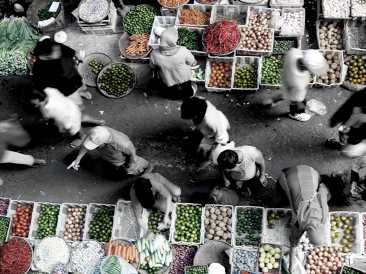 Obesity is a risk factor for many health conditions. Current treatments include calorie restriction, bariatric surgery, and medications. But the number of people with obesity continues to increase. Many factors lead to weight gain, including the increased availability of calorie-dense foods. Medical News Today looked at whether culinary medicine might be an effective treatment for obesity, and investigated what approaches might work on a population level. 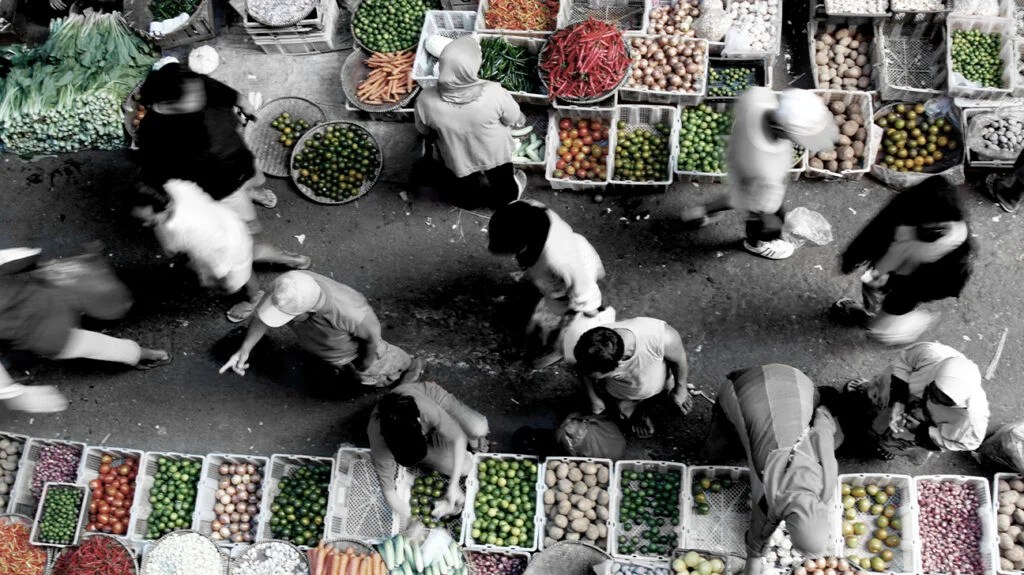 According to the World Health Organization (WHO), in 2016 more than 1.9 billion adults worldwide were overweight and, of these, 650 million had obesity. The worldwide prevalence of obesity tripled between 1975 and 2016.

Obesity is known to be detrimental to health. The Centers for Disease Control and Prevention (CDC) list many risks of obesity, including:

A report published in August 2022 gave the following warning: “Given dire implications in terms of comorbidities and mortality, these updated epidemiological findings call for coordinated actions from local and regional governments, the scientific community and individual patients alike, as well as the food industry for the obesity pandemic to be controlled and alleviated.”

The authors called for coordinated international efforts to combat the obesity pandemic similar to those used against COVID-19.

Why is obesity on the rise?

A recent editorial in the journal Obesity suggested the following explanations for the rise in this condition:

“Increase in per capita food supply, increased availability and marketing of high-calorie and high-glycemic-index foods and drinks, larger food portions, leisure time physical activities being replaced with sedentary activities such as watching television and use of electronic devices, inadequate sleep, and the use of medications that increase weight.”

“Primarily, obesity is driven by the change in our diets to more energy-dense foods, a more sedentary lifestyle, and environmental factors, such as urbanization can also play a role,” he explained.

Risks in cases of childhood obesity

This is particularly worrying, as obesity when young predisposes a person to many health issues.

“Unfortunately, there is no clear cut, long term solution. Education on healthy eating at an early age would be an excellent starting point, as well as establishing and encouraging proper exercise; and reducing or limiting the ease of accessibility to energy dense foods may also help have a significant impact.”

Obesity as a global concern

For individuals with obesity, there are treatment options, which Dr. Ali outlined: “Surgery for those with an appropriate body mass index. […] There are newer medications available that have shown promising results in the appropriate patients. Dietary and exercise education/counseling can also be effective for certain individuals, though this is the least effective approach.”

However, according to the WHO, obesity and overweight are no longer just a problem for individuals, but a global epidemic — which it refers to as “globesity” — that is taking over in many parts of the world. And it is not only an issue in industrialized countries; obesity is a growing concern in developing countries.

Speaking to MNT, Dr. Eamon Laird, senior research fellow at Trinity College Dublin in Ireland, noted that the issue does not revolve around a preoccupation with outdated beauty stereotypes that view thinness as desirable.

He openly denounced obesity discrimination in healthcare. “No one should be doing any sort of ‘fat shaming,’ which is completely wrong,” he emphasized. “As health professionals, we should be supporting and giving advice on healthy lifestyle goals.”

Instead, he argued that the concern with obesity is due to the numerous health risks linked to this condition. “[W]e also cannot bury our heads in the sand and say obesity is normal and does not matter — it has been scientifically proven that it puts health at a serious increased risk of disease and it needs to be managed,” said Dr. Laird.

So what can be done to address obesity at a sustainable level globally?

One 2011 study looked at the efficacy of public-health campaigns in combating obesity and concluded that “there is little evidence that community-based interventions and social marketing campaigns specifically targeting obesity provide substantial or lasting benefit.”

The authors suggested that “[a] more appropriate strategy would be to enact high-level policy and legislative changes to alter the obesogenic environments in which we live by providing incentives for healthy eating and increased levels of physical activity.”

But combating the global problem of obesity will take more than just telling people to eat less and exercise more. We need to understand how people interact with their environments, and how that environment influences food intake.

Is food marketing to blame?

It is a given that people want plentiful, safe, convenient, and inexpensive food — we need food to stay alive. And food manufacturing is a lucrative business, so manufacturers and retailers make huge efforts to persuade us to buy it.

Food marketing has often taken the blame for the obesity epidemic. According to a 2012 review, food marketers influence consumption in four ways:

Of these, pricing is perhaps the most powerful in persuading people to overeat. The review noted that pricing was the strongest predictor of increased energy intake and obesity. When consumers pay less for a food product, they not only eat more of it, but they also tend to eat it more rapidly.

Advertising and branding also influence how much food is bought and eaten. Marketing a product as healthier, perhaps just by changing the name can be effective. A product labeled “salad special,” for example, is more likely to appeal to someone trying to be healthy than if it is labeled “pasta special,” even if the contents are identical.

But so-called healthy options can be deceptive. One study found that low-fat nutrition labels increased people’s perceptions of the appropriate serving size and decreased the guilt associated with eating the food, thereby increasing intake.

Another factor is package size. Larger packs provide better value for money for the consumer, but several older studies have shown that they increase consumption.

So, perhaps the key is persuading food manufacturers and retailers that they can still turn a profit when they are helping consumers to eat better, rather than promoting unhealthy foods.

And maybe consumers need to develop a different attitude to food, regarding it as a means of achieving and maintaining good health. This is where culinary medicine might make an impact.

What is culinary medicine?

Culinary medicine has evolved from the growing interest in the relationship of food, eating, and cooking to health. It has been described as “a new evidence-based field in medicine that blends the art of food and cooking with the science of medicine.”

Culinary medicine uses a high-quality, tailored diet, to prevent and treat disease and maintain well-being. The aim is to enable individuals to use food and drink safely and effectively to achieve desired health outcomes.

Using food as medicine is not a new concept, and for some conditions, changing eating patterns can be as effective as medication.

An anti-inflammatory diet has been shown to provide relief from rheumatoid arthritis, and the Mediterranean diet — which emphasizes fruits, vegetables, olive oil, legumes, and whole grains, and includes less ultra-processed foods and meat than a typical Western diet — is effective in preventing cardiovascular disease and type 2 diabetes.

So might culinary medicine be an effective way to combat obesity?

Dr. Ali believes it could help, but is not a universal solution:

“Culinary medicine is the discipline of educating and empowering people to choose and cook healthy foods. Though, like other methods of weight loss, each individual will respond differently to this approach and thus have varying degrees of success.”

Key to its success is ensuring that healthy food gives pleasure, and is not seen as a poor substitute for the unhealthy food it replaces.

One argument against culinary medicine is that these food are generally more expensive. This will not change until manufacturers and policymakers are persuaded to change pricing and taxation to make fresh foods, such as fruit and vegetables, more affordable than unhealthy foods.

But how much could be saved in healthcare costs, by individuals, and by society, if culinary medicine was effective in combating obesity? It has even been suggested that healthy foods could be prescribed by doctors to prevent the chronic health conditions that often result from obesity.

“[Culinary medicine] could well be the future, but at this stage, it is still very early [to tell],” Dr. Laird told MNT.

“Very few people in the world are top experts in the field of nutrition, cooking and food preparation, psychology of eating, and money economics all in one! In addition, more needs to be done in [the] education of, […] for example, medics who often get little to no official nutrition training during their courses, which would be a major starting point.”

Obesity is a global problem. It increases the risk of many health conditions, and it leads to long-term ill health for many. The personal and societal costs are huge.

The Lancet Commission on Obesity refers to obesity, malnutrition, and climate change as a “global syndemic,” and argues that obesity should not be considered in isolation but within the context of this global syndemic.

Combating obesity on a population level requires political will, not just individual action. Culinary medicine may be one approach to the problem, but until governments legislate to make healthy food affordable for all, obesity will remain a health risk.