The One Show: Rosie Jones on her new travel show

The star made the leap from TV researcher (for panel shows like BBC’s Would I Lie To You) to comedian and has since starred on numerous comedy panel shows including 8 Out of 10 Cats and QI. But using her natural talents as a comedian, Jones also acts as a figurehead for disabled, gay women, which she describes as a “powerful opportunity”. Often incorporating her disability into her stand up routines, Jones doesn’t let the challenges that her condition creates stand in her way.

“I have cerebral palsy, but I find that quite an annoying term. It literally means ‘brain damage’,” she said in a 2021 interview.

“Mine affects my speech and my walking, and when I write something it looks like a Victorian ghost child has done it. But apart from being a little bit slow, it’s not affected me in the slightest.

“I can’t wear heels – but even if I was able-bodied, I’m a dungarees and Dr Martens girl until I die. And living in London means I don’t need to drive.

“But even though I grew up being very confident, I just assumed that when I got older, if I was lucky, I’d get a job in a shop and live with my mum and dad, and they would drive me to work every day. I never saw a disabled person achieving greatness, and I feel that if I’d seen [disabled] characters in books or on the television, it would have allowed me to dream bigger.” 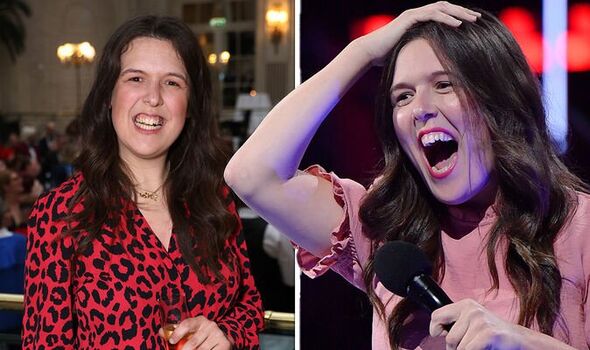 Having not grown up seeing people like her on television, Jones has become that very person and has now achieved so much more than she thought was possible. Listing her achievements, Jones said: “Over the past 18 months, I’ve done a lot, but honestly, I don’t know how!

“I presented my TV show Trip Hazard on Channel 4, I went out to Tokyo for the Paralympics coverage in the summer, and my children’s book The Amazing Edie Eckhart was released.

“I think the book is the thing I’m most proud of. When I was four years old I said I wanted to write children’s books, so the fact that I’ve achieved that dream is unbelievable. The main character Edie is an 11-year-old girl who’s amazing, ambitious, stubborn, funny, loves sausage rolls and Marvel movies – and has cerebral palsy, like me.”

Yet being given these amazing opportunities does not stop the ableist comments from the small minority of society. Speaking about her attitude towards these comments, Jones has brilliantly said in the past: “I’m trying not to apologise for everything. A few years ago, I realised that whenever I fell over, the first thing I would say was: ‘I’m sorry’. I did not give a s**t about myself, my knees or anything – my worry was making people feel uncomfortable or sorry for me.

“Whenever something happened because of my disability, for example in a bar, I’d say: ‘Sorry, could you please put my martini in a tumbler’ – but why am I apologising for something I can’t actually help?

“When I appeared on Question Time in October, I had to deal with all sorts of ableist abuse. Recently, I tweeted I was lesbian and pro trans, and now there’s a new set of people ready to abuse me and hate me, but I think dealing with negativity comes down to self-belief.

Being unapologetically her makes Jones an inspiration to others who may not understand her condition. Here we look at how the condition develops and what symptoms it causes for individuals.

This differs from the other three main types of CP which cause the following:

No matter what type of CP an individual has, the condition is caused when a baby’s brain does not develop “normally” whilst in the womb, or is damaged shortly after giving birth.

Ataxia typically develops due to damage to the area of the brain known as the cerebellum – which is the balance centre of the brain. The Cerebral Palsy Alliance explains that the cerebellum “fine-tunes movement commands” in order to compensate for whatever posture is being used. It also accounts for the various forces being generated by different parts of the body. 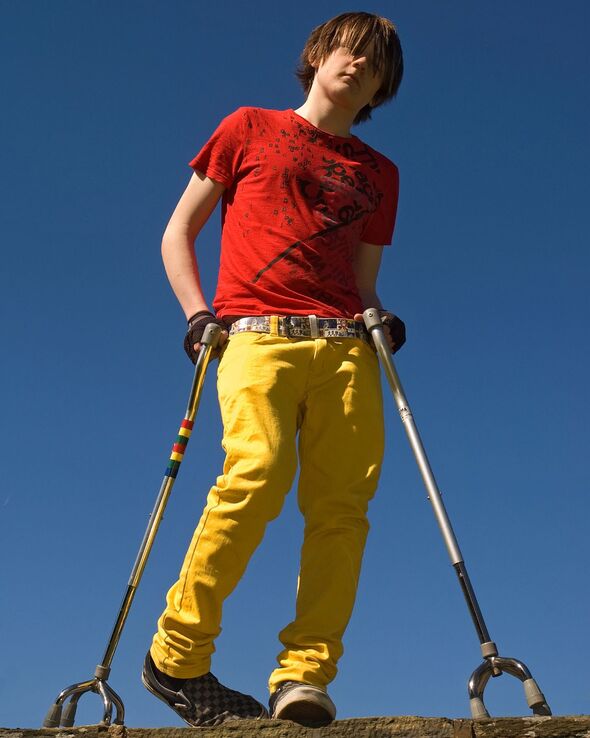 Due to this, an individual’s arms and hands, legs, eyes and speech can all be affected by ataxia CP.

Most children with ataxic cerebral palsy are diagnosed in the first two years of life. If a baby is premature or has another health problem that can be associated with CP, this will alert health care providers to start looking for signs of CP. However, no single test can diagnose the condition, meaning health care professionals look at many things to do with a child’s development and physical growth.

Once diagnosed there is no cure for CP, but there are treatments available if individuals feel they need help to be as active and independent as possible.