Delaying menopause could extend a woman’s lifespan, expert says – because change triggers ‘faster’ aging across rest of the body

Delaying the menopause by even a few years could extend a woman’s lifespan, since the hormonal change triggers ‘faster’ aging across the rest of the body, an expert says.

Speaking at the Life Itself conference in San Diego, California, she said that women who begin the menopause in their 40s rather than around 51 years old — the average age — likely age faster than their peers.

The menopause is a natural part of aging, triggered when the ovaries start to make less estrogen. Little research has been carried out into why it is triggered and what the health risks are, however. 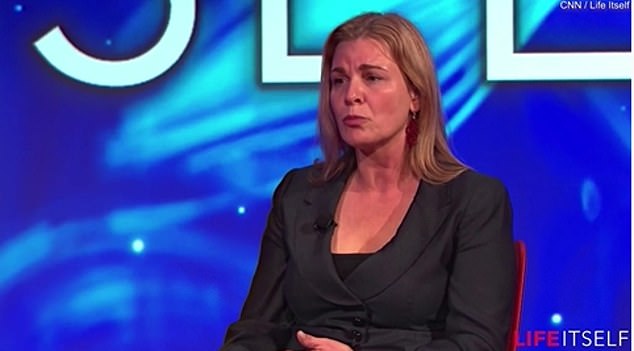 Dr Jennifer Garrison, an award-winning scientist who runs a lab investigating women getting older in San Francisco, California, said menopause could trigger faster aging. She was speaking at the Life Itself conference in San Diego, California

Speaking at the conference hosted by CNN, Garrison said: ‘When a woman is in her late 20s or early 30s, the rest of her tissue is functioning at peak performance, but her ovaries are already showing overt signs of aging.

‘Yet most women learn about their ovaries and ovarian function when they go to use them for the first time, and find out they’re geriatric.

She added: ‘Studies show women who have later menopause tend to live longer and have an enhanced ability to repair their DNA.

Menopause is defined as the changes a woman goes through just before and after she stops her periods and is no longer able to get pregnant naturally.

Some women go through this time with few, if any, symptoms, around 60 percent experience symptoms resulting in behavioral changes and one in four will suffer severely.

Menopause happens when your ovaries stop producing as much of the hormone estrogen and no longer release an egg each month.

American experts say women go through the menopause at the age of 51 years on average, although it can begin when someone is anywhere between 40 and 58 years old.

During the menopause — which begins between the ages of 40 and 58 years —the body goes through major hormonal changes, as the ovaries stop making estrogen and progesterone.

In the early stages this triggers hot flushes, night sweats, vaginal dryness and mood swings among other symptoms.

But the process can also leave women with life-long health problems including osteoporosis.

It can also lead to weight gain, which raises the risk of illnesses including heart disease, stroke and osteoporosis.

Garrison warned that ‘once ovaries stop working and reproduction ceases, there is a whole host of really important hormones that ovaries make which are important for overall health.

‘After a woman goes through menopause, essentially her body is aging faster and it increases the risk for a whole host of different health conditions — things like cognitive decline, stroke, cardiovascular disease, and osteoporosis.

‘After menopause the risk of these things goes up dramatically.’

Garrison has founded a research organization — named the Global Consortium for Reproductive Longevity and Equality — to investigate the health effects of the menopause.

Her current research is focusing on whether there is a link between chemical signals from the brain and when menopause begins, and how to influence these.

During the conference, Garrison also blamed a historical lack of funding for such little research being carried out into the menopause so far.

She said little was known about why the ovaries age so much faster than other areas of the body, and also why eggs within them decline in quantity and quality as we age.

Initially, the National Institutes of Health was putting less than one percent of its funding into this area — despite women making up half the population.

This has now surged, however, with grants being made readily available to back research.