Type 2 diabetes is a common condition caused by the body’s inability to metabolise glucose. This leads to high levels of blood glucose which over time may damage the organs of the body. If untreated, high blood glucose levels can increase the risk of heart disease and stroke. Certain foods and drinks are clearly off-limits for diabetics while other items can appear healthy but still pose risks. Are you aware of these items?

According to Rob Hobson, Head of Nutrition at Healthspan, fruit juice is a sneaky offender. “Even though it’s really healthy. It’s a very free sugar – because the sugar is out of the fridge, they are now free and they’re rapidly digested. This can send your blood sugar spiking quite quickly.”

Hobson doesn’t rule out drinking fruit juice per se, it is a good source of vitamin C, but instead recommends staying within the government limit of one glass a day and having it with breakfast because the “fibre and the protein in your breakfast will slow down the release of sugar,” he said.

Another thing to look out for is drinks that say they are fruit juices but contain purees and other sugary ingredients, said Hobson. “Some of the smoothies on the market are not all fruit. They contain fruits like purees that are very sweet and if you look at the sugar content they are really high so I would stick to just pure fruit juice or even a vegetable juice would be better because it contains less sugar,” he said.

People living with diabetes should also exercise caution around breakfast cereals, said Hobson. “Some of the fortified breakfast cereals can be good for you but they can be quite high in sugar so you might want to look at label on the front and look for one that is amber or green.

“Also think of a wholegrain version – that would be much healthier because it contains the fibre which can help slow down the release of sugar.

“Alternatively you could go for something like porridge or just a really nice wholegrain that you could top it with fresh fruit – that would be an even healthier option,” he said. 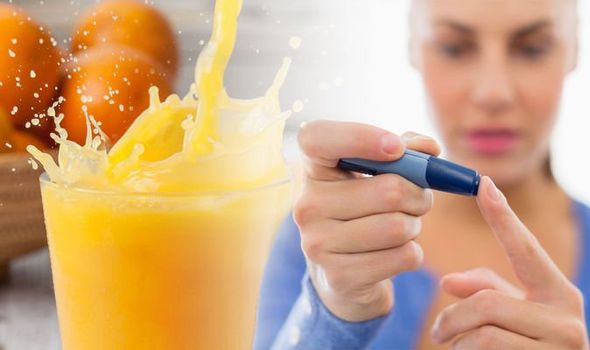 Sugar has many different guises

“They may contain things like syrups. Sugar has many different guises. Just look at the back of the packet and make sure what you have got is pure pressed fruit and nuts and seeds.”

Summing up his dietary advice, Hobson said: “It is all really do with the blood sugar level and making sure what you get from your diet is more protein and fibre to balance it all out.”

According to Diabetes.co.uk, there are also number of common mistakes people with diabetes make when trying to stick to a low-carb diet. Poor sleep being one of them, as the health body explained: “Poor sleep can lead to lapses in healthy eating and can often increase the likelihood of snacking between meals or craving the wrong types of food.”

The problem with snacking is that it keeps levels of insulin within our body too high between meals and this is precisely what we want to avoid if looking to lose weight, added the health site. 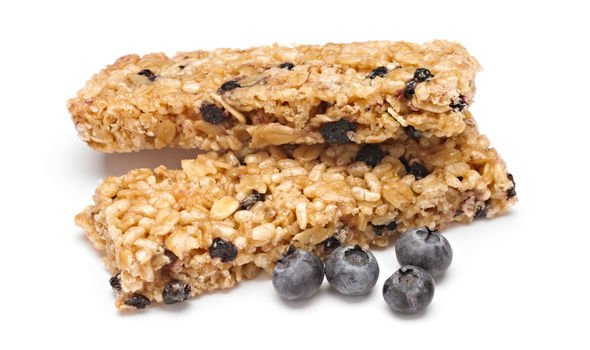 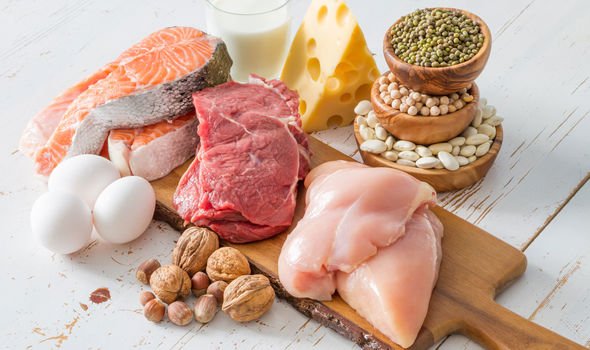 People often fall into the trap of eating too many carbs without realising it, especially if they are underestimating the carb content of foods consistently, said the health body. “It’s good to put time in to look up the carbohydrate value of different foods.”

“If you are tracking your energy intake, you can regard around 50-60g of protein as moderate.

“The problem with having too much protein is that it can prompt the liver to produce more glucose (process known as gluconeogenesis). More glucose production ultimately means higher sugar levels and more need for insulin (from your pancreas or injections if you take them).”

The charity also advises watching out for “fake low-carb food”.

“Packaged foods branded as low-carb or keto can be deceiving and are usually something of a magic bullet. They’ll make big claims but underneath all the show it’s just sleight of hand,” it explained.