Describing the pain as “excruciating,” Holmes explained that he was rushed to Belfast’s Royal Victoria Hospital Spinal Injuries unit via the A&E unit at the city’s Ulster Hospital in the early hours of the morning and after an MRI scan at 2am was prepped to go into surgery at 8am. The ordeal not only meant that the star was left in terrible pain, but that he had to miss out on presenting duties at GB News and coverage of the Queen’s Platinum Jubilee.

Mentally preparing himself for surgery, doctors soon realised that this wasn’t the right course of action for the star, who regularly walks aided with a stick.

Due to his “complexity of back conditions and the many effects and consequences of spinal injuries” what happened to Holmes instead was a “whole health” diagnosis, superbly supported by the nurses and doctors of the NHS.

He continued to say: “It was a one-stop-shop all under one roof. This wasn’t like the private sector I was used to in London, where nothing seems joined up and no one is talking to anyone else: except the ‘Invoicing Department’.

“Around me were patients with bad injuries, often in tremendous pain. The screams, day and night, bore testament to that. Yet there was always a doctor, nurse or nursing auxiliary close by to hold a hand, apply pain relief or empty a bedpan. 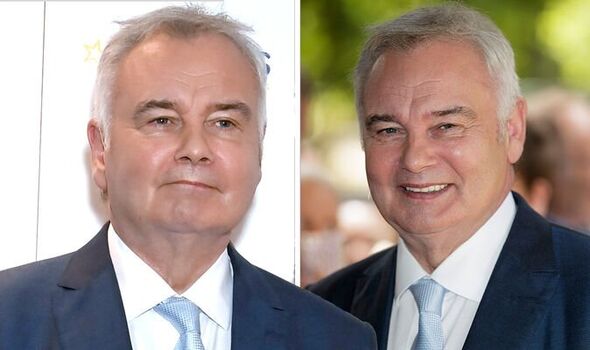 “I spent the entire time in hospital. But you play the hand you are dealt and I thought being looked after by the doctors and nurses was a privilege.”

Earlier in the year, the presenter admitted that the consequences of living with a trapped sciatic nerve have been “emasculating”. The star explained that he has had to sell his car and can no longer put his own shoes and socks on because he can no longer bend down.

Due to his ongoing back-related problems, Holmes has turned to some drastic treatments, recommended by his osteopath James.

On one occasion, taking to social media, Holmes posted a picture of his feet in a bowl of ice accompanied with the following caption: “My Osteo @jamesdhealth wants me submerged in a Bath full of ice.

Then, in May of this year, the star shared a rather gruesome photo of himself with at least 18 bamboo cups stuck to his back after undergoing the alternative therapy.

“My osteo James has just gone home. How am I supposed to get into bed now?????’ He jokingly captioned the image, whilst his wife Ruth Langsford commented: “My ninja turtle!”

This alternative medicine, which originated in China, sees heated cups usually made of glass or bamboo applied to the back. The treatment usually leaves red circular marks in the treated area which fade over a few days or weeks.

Speaking in an interview about how he manages the daily pain that he is left in, away from treatments, Holmes said: “Swearing has got a bad reputation – which I personally think it doesn’t deserve.

“I have to be honest, I like a swear or two or three… it makes me feel better. How can anyone deal with pain without swearing?”

When this occurs, the bulging disc may press on nearby structures such as a nerve coming from the spinal cord. Some inflammation also develops around the prolapsed part of the disc. Inflammation may irritate a nerve and also cause swelling, which may put pressure on a nerve. 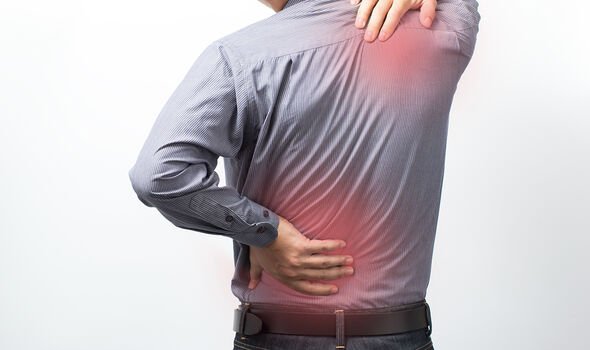 Any disc in the spine can prolapse. However, most prolapsed discs occur in the lower back (the lumbar spine). Although the size of the prolapse can vary, as a rule, the larger the prolapse, the more severe the symptoms are likely to be.

These symptoms can include:

As many individuals may be disappointed about, the recommended treatment for a slipped disc is typically ‘keep going’ but this may not be possible if the pain is very bad. For Holmes, for example, this pain is sometimes so excruciating that he is left unable to walk.

Other NHS recommended ways to help an individual ease the pain of a slipped disco include taking pain killers or doing exercises recommended by a professional osteopath or physiotherapist.