Eat a 400-calorie breakfast for a healthy heart

Why you SHOULD breakfast like a king: Eating a 400-calorie energy-rich meal of cheese, honey and bread to start the day may ‘boost heart health’

Consuming an ‘energy-rich’ breakfast may boost your heart health, according to research.

Greek researchers found eating at least 400 calories in the mornings is linked to lower levels of plaque build-up in the arteries – a major cause of heart disease.

The team did not specify which foods are best for breakfast. However, they did say cheese, dairy, cereal and bread were the main foods mentioned by participants who ate the most calories for breakfast. 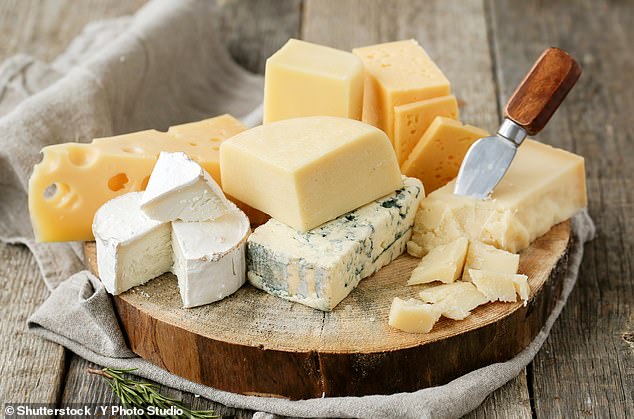 Consuming an ‘energy-rich’ breakfast full of cheese, dairy, cereal and bread may boost your heart health

Researchers at Kapodistrian University of Athens, assessed nearly 2,000 people – with average age of 63 – from Corinthia, Greece, for the data.

Participants were divided into three groups based on how much of their daily caloric intake came from breakfast: high-energy (more than 20 per cent), low-energy (five to 20 per cent) or skipped breakfast (less than five per cent).

Breakfast for those in the low-energy group typically included coffee or low-fat milk along with bread with butter, honey, olives or fruit.

The researchers found those who ate a high-energy breakfast tended to have ‘significantly healthier’ arteries than those who ate little or no breakfast.

By comparison, it was just 8.7 per cent for those consuming a high-energy breakfast.

Similarly, more plaque was found in the carotid arteries – major blood vessels in the neck of 28 per cent of people skipping breakfast. 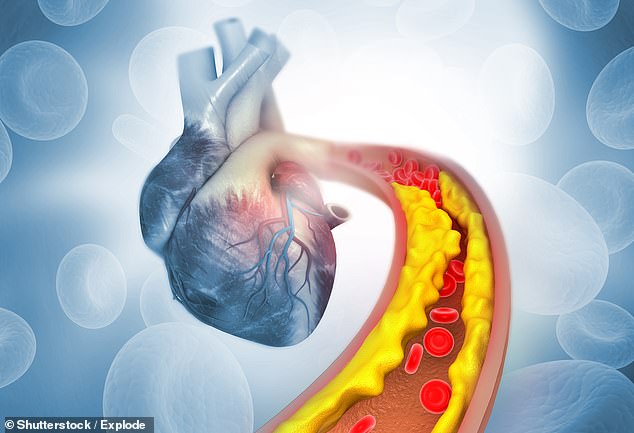 Study author Dr Sotirios Tsalamandris said: ‘A high-energy breakfast should be part of a healthy lifestyle.

‘Eating a breakfast constituting more than 20 per cent of the total daily caloric intake may be of equal or even greater importance than a person’s specific dietary pattern, such as whether they follow the Mediterranean diet, a low-fat diet or other dietary pattern.’

Meanwhile, the research also found watching more TV was associated with an increased risk of other risk factors, including high blood pressure and diabetes.

‘These findings suggest a clear message to hit the ‘off’ button on your TV and abandon your sofa.

‘Even activities of low energy expenditure, such as socialising with friends or housekeeping activities, may have a substantial benefit to your health compared to time spent sitting and watching TV.’

The findings are due to be presented at the American College of Cardiology’s Annual Scientific Session in New Orleans, later this month.

Breakfast ISN’T the most important meal of the day, study finds

People trying to lose weight should skip breakfast, according to new research.

Previous studies have suggested that eating a big meal in the morning curbs our appetite throughout the day, helping dieters slim down.

But a review, published in The BMJ, suggests ‘the most important meal of the day’ may not help people to control their weight.

Researchers found there is no good evidence to support the idea that eating breakfast promotes weight loss – or that skipping breakfast leads to weight gain.

Researchers found there is no good evidence to support the idea that eating breakfast promotes weight loss – or that skipping breakfast leads to weight gain.

But the researchers said those findings were observational and possibly reflected an individual’s wider healthy lifestyle and food choices.

The team from Monash University in Melbourne, Australia, analysed the effect of regularly eating breakfast on weight change and daily energy intake, based on evidence from 13 studies, mainly in Britain and the United States, from the last 28 years.

Several trials focused on the relationship between eating or skipping breakfast and changes in body weight, while others looked at the effect of breakfast on daily energy intake.

Participants included habitual and non-habitual breakfast eaters, or both, at a range of body weights who were monitored between 24 hours and 16 weeks.

The researchers found that total daily energy intake was higher in groups who ate breakfast compared with those who skipped it – an average of 260 more calories consumed in a day – regardless of their usual breakfast habits.

And the results showed that those who skipped breakfast were on average one pound (0.44 kilos) lighter.