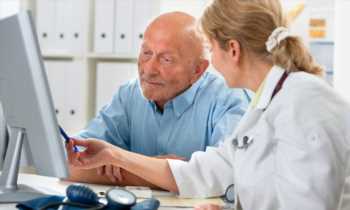 A suite of electronic shared care plans is being rolled out across New Zealand’s South Island, with more than 10,000 active plans now available via the HealthOne and Health Connect South portals.

Personalised care plans, acute plans and advance care plans make up the suite. They are the first documents that both HealthOne and Health Connect South users have the ability to create, edit and read.

The electronic plans were first introduced in Canterbury in 2014 and have been going live across the South Island.

“As DHBs moved to Health Connect South, that gave them access to the plans and they started picking them up and using them themselves,” said Sonya Morice, regional IS portfolio manager, South Island information services SLA.

She said each district has taken its own approach to implementation and day-to-day running of the shared care planning service.

The benefit of this regional approach is that all District Health Boards (DHBs) are using a consistent platform and template. A new regional group provides quality control over every new advance care plan created.

“Having a regional approach is about the plans not being just viewable, but contributable as well,” said Morice.

“That changes the space because this allows information to be joined up, putting the person in the middle.”

The electronic plans are being rolled out to 82 general practices, with 56 having transitioned over the past 18 months.

“Each are at various stages of transition. It’s quite a large model of care change so we’re doing a slow controlled roll-out to make sure the project goes well,” she said.

Findlay said the benefit is that a patient’s care plans will be consistent if they move, such as from Invercargill to Canterbury, and new clinicians involved in that patient’s care can view and edit the plans.

Canterbury Clinical Network GP liaison Rose Laing said clinicians have always exchanged information about vulnerable patients who may turn up a lot to A&E clinics and emergency departments, but these used to be faxed on paper.

“They were often out of date or no one knew where to find them, so it was a poorly used but understood way of working,” she said.

The acute care plans are essentially an electronic version of the paper form, created after a comprehensive discussion about what people need when they are in a crisis.

They range from very simple, such as alerting staff that a pain plan exists and how to find it, to more complicated social situations or medical problems.

Laing said an expanding pool of people is keen to create these plans for their vulnerable patients, such as palliative care staff.

There is a small subsidy for GPs to create them in Canterbury because they are seen as contributing to admission avoidance.

The most recent plans to be rolled out in Canterbury are personalised care plans, which are patient-centric and can be edited and viewed by any member of the care team at the same time.

The South Island Alliance is working with WellSouth Primary Health Network to test making care plans available to patients via their patient portals.

This article first appeared on eHealthNews.nz.