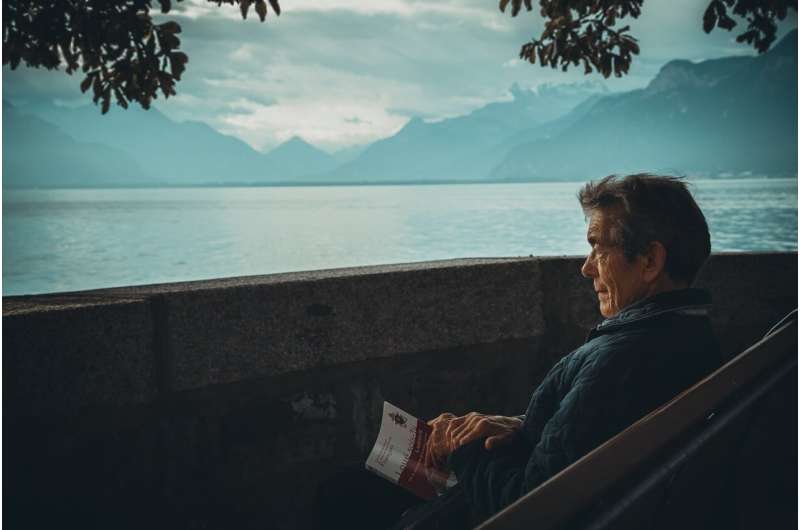 Most people are at risk for periodic loneliness, but for midlife and older adults who identify as Hispanic/Latinx, or who live in poverty, loneliness may be less likely to resolve over time.

In a study in which 641 participants, whose average age was 63, were interviewed by phone over the course of about 18 months during the pandemic, researchers at UC San Francisco and Northwestern University found that 16% suffered from persistent loneliness. An additional 22% were initially lonely but adapted over time, the researchers reported in their study publishing in the Journal of the American Geriatrics Society earlier this month.

When the researchers looked at those participants whose feelings of loneliness dissipated as the pandemic progressed, they found 53% of white participants fit in this category, versus 18% of Hispanic/Latinx participants. Similarly, those living above poverty level were more likely to experience decreasing loneliness compared with those living in poverty: 71% and 29%, respectively.

“Transient loneliness is common throughout the lifespan and while distressing in the short-term, it can often motivate individuals to reconnect with social relationships or the community,” noted first author Ashwin A. Kotwal, MD, assistant professor of medicine in the UCSF Division of Geriatrics.

This motivation to reconnect with social relationships or to get involved in local activities may be one factor driving the transition from loneliness to decreasing loneliness, according to the researchers. Just 26% of participants who had overcome their earlier loneliness were socially isolated, versus 40% for those who remained lonely.

The researchers used data from the COVID-19 & Chronic Conditions study, which had enrolled participants from five research projects in Chicago. Participants had completed six interviews at three-month intervals. They had at least one chronic condition, such as high cholesterol, high blood pressure, diabetes, stroke or cancer. Approximately half were white, 30% were Black and 20% were Hispanic/Latinx, and 61% were female. In addition to the participants who were persistently lonely or formerly lonely, 29% said they experienced occasional loneliness and 33% reported that they were never lonely.

In explaining why those identifying as Hispanic/Latinx were more likely to suffer from prolonged loneliness, the authors acknowledged that the heterogeneity of this population limits any generalizations. However, “culturally important familism” had been disrupted by social distancing during the pandemic, which meant intergenerational households accustomed to being together were segregated. Restrictions in community events and religious services may also have contributed to prolonged loneliness.

For those living in poverty, connecting virtually to friends and family during the pandemic, as well as obtaining quality masks, antigen tests and air purifiers, may have been prohibitive. They may also have been “disproportionately impacted by reduced access to transportation and closure of community-based activities,” the authors stated.

While the most virulent phase of the pandemic may be over, persistent loneliness continues to be a risk for some people, said Kotwal.

“Individuals already experiencing socially or medically disrupting circumstances, such as chronic illness, widowhood, late life disability or mental health concerns, may experience greater barriers to coping with loneliness,” he said, adding that prolonged loneliness can lead to psychological distress and depression, and in the long-term functional decline, poor cardiovascular health and even death.