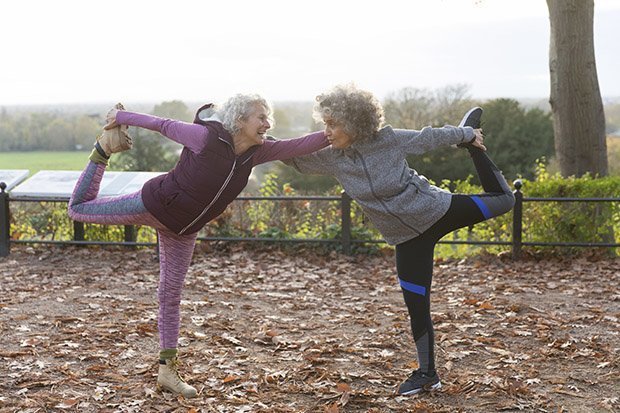 But it can buy you a gym membership and, it turns out, that can.

New research from boffins at the highly regarded universities of Oxford and Yale has shown that exercise is more important to our mental health than money.

In the study, published in prestigious medical journal The Lancet, scientists collected data about the physical behaviour and mental mood of over 1.2 million Americans.

Participants were asked to answer the following question: “How many times have you felt mentally unwell in the past 30 days, for example, due to stress, depression, or emotional problems?”

They were also asked about their income and physical activities.

The researchers found that, while those who exercised regularly tended to feel bad for around 35 days a year, non-active participants felt bad for 18 days more on average.

And crucially, they found that physically active people feel just as good as those who don’t do sports, but who earn around £19,000 more a year.

In short, you’d have to earn a fair whack more to get the same buzz that endorphin boosting exercise gives you.

However, you can’t reach total nirvana by overdoing it with the exercise.

Too much time on the treadmill and you’ll start to find the opposite effect.

The mental health of those participants who exercised for longer than three hours a day suffered more than that of those who weren’t particularly physically active.

So it’s a tricky balance to strike.

More money would still be nice though, eh?