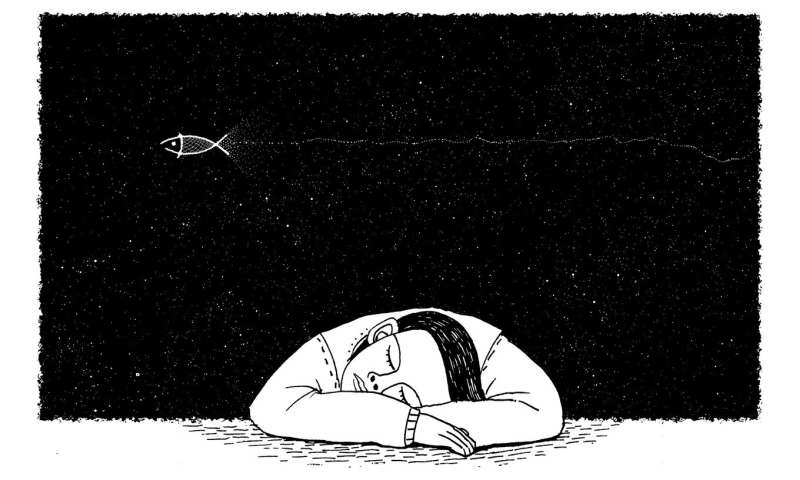 A 3-D scan of your face could be all it takes to detect your risk of sleep apnoea.

Being woken up by someone snoring can be pretty frustrating.

Whether it’s from a friend or a loved one, interrupted sleep can leave the best of us feeling tired and cranky.

But what if that person stops breathing for a little while before starting to snore again?

Sleep apnoea is a disorder where a person’s breathing becomes very shallow or stops while they sleep.

These pauses in breathing can last from a few seconds to several minutes and happen multiple times a night.

It’s terrifying to think about, but there are other dangers associated with the condition too. Sleep apnoea increases your risk of high blood pressure, stroke, dementia and diabetes.

This breathing disorder affects around 9% of women and 25% of men in Australia, but experts believe those figures could be much higher.

It all comes down to a simple problem: it’s hard to diagnose a disorder that only happens when you’re sleeping.

It’s in your eyes… well, your face

Diagnosing sleep apnoea is both time consuming and expensive.

A typical diagnosis means spending a night in a sleep lab connected to a monitoring machine. Alongside all the equipment is a team of doctors observing the patient to keep an eye out for any problems.

And while there is now a way to test for the disorder at home, it still requires visiting a sleep clinic to have the electrodes placed on your face.

But a much easier option to detect sleep apnoea risk may be on the horizon, thanks to a team of Western Australian researchers.

Professor Peter Eastwood from the West Australian Sleep Disorders Research Institute says, “The biggest problem is that people don’t know they have it.”

The technology uses an array of cameras to map the face and spot structures that cause the condition. The setup is small enough to install in a GP’s office and could serve as a quick and easy way to spot sleep apnoea.

“We know there are some facial characteristics that make you more susceptible to having sleep apnoea,” Peter says.

Many sleep physicians can tell if someone’s at risk of sleep apnoea by looking at a patient’s face. This led Peter to believe there must be something visible that can be measured with a scan.

By scanning people who have already had sleep studies done, the team is teaching the software what to look for to detect the disorder.

As of the most recent run of tests, they can predict an individual’s risk with an accuracy of 90%.

The team hopes this new system could lessen the load on sleep specialists. One of the key issues is the burden these services are under due to the limited resources available.

“There’s a role for primary care here—GPs, dentists, pharmacists, nurses—all to actually see people and recognise if they have sleep apnoea,” Peter says.

“I don’t think this particular device is going to be a diagnostic tool, but it may be a pretty powerful screening tool.”