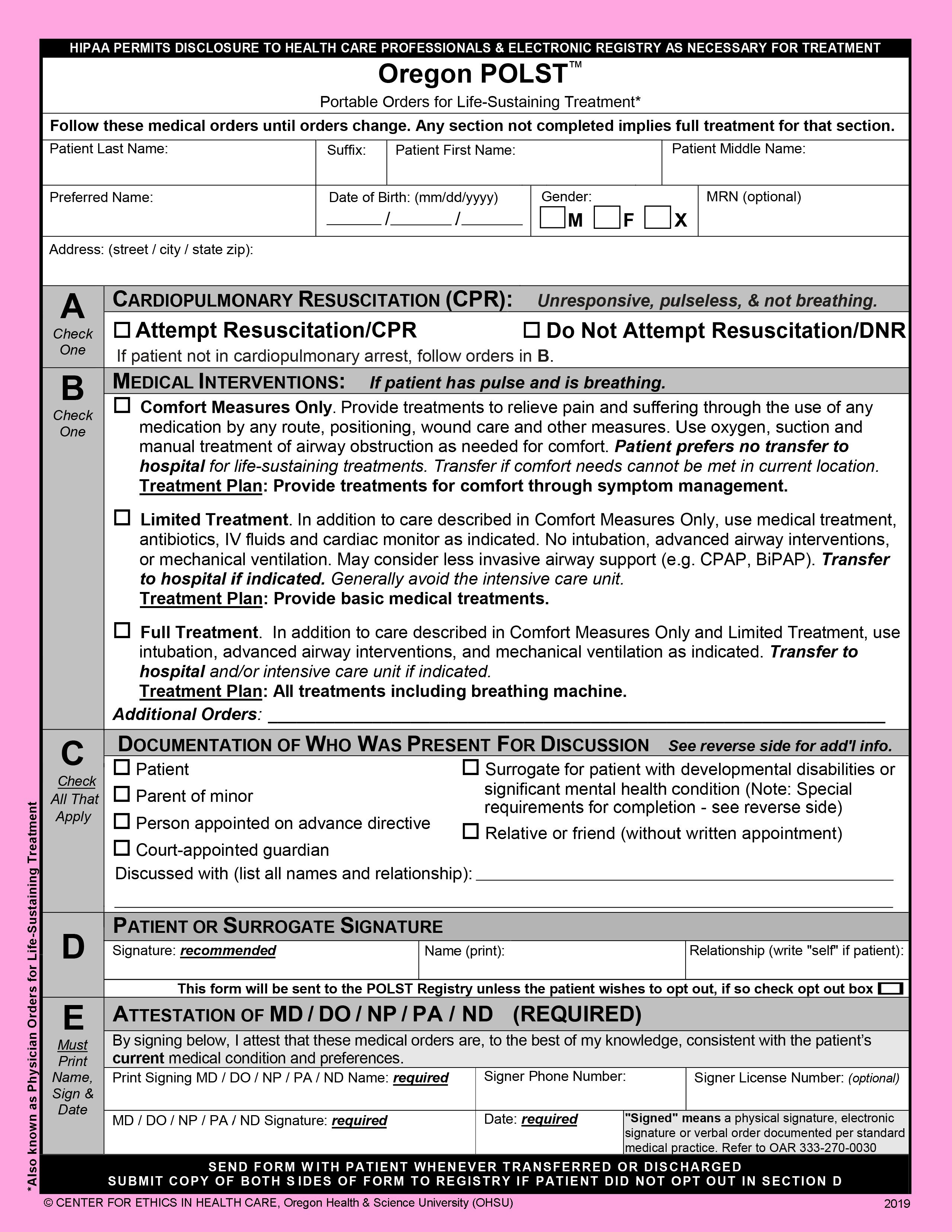 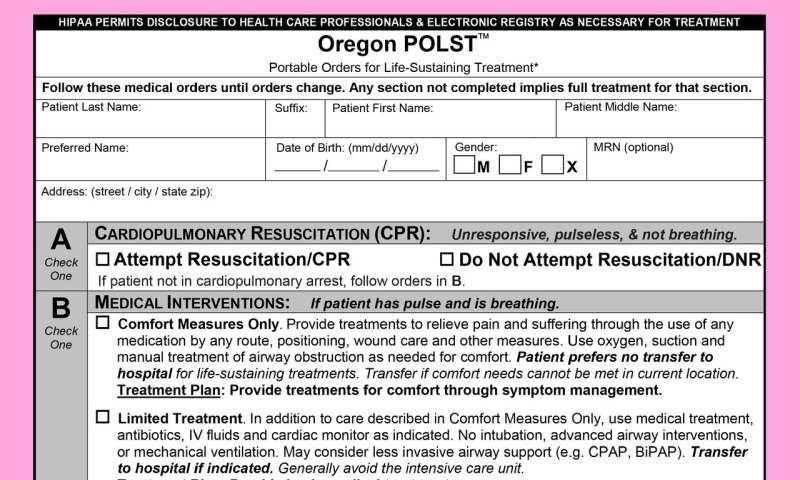 Following years of research that demonstrated feeding tubes can harm patients with dementia, the Journal of the American Geriatrics Society has published an OHSU opinion paper recommending patient preference for feeding tubes be excluded from Physician Order for Life-Sustaining Treatment, or POLST, forms.

Susan Tolle, M.D., and two OHSU colleagues wrote the paper. Tolle is director of the OHSU Center for Ethics in Health Care and professor of medicine (general internal medicine and geriatrics) in the OHSU School of Medicine.

Percutaneous endoscopic gastronomy, or PEG, feeding tubes are surgically inserted through the abdomen and are intended for long-term use. PEG tubes do not extend life for patients with dimentia; rather, they increase discomfort and agitation. This can lead to a need for restraints, which often cause bedsores.

While artificial nutrition can help patients in a coma or living with Lou Gehrig’s Disease, research has shown it’s harmful to those with dementia. The American Geriatrics Society does not recommend feeding tubes for older adults with advanced dementia.

The paper further asserts that POLST forms shouldn’t include feeding tube preference because PEG tubes are only inserted after obtaining separate consent from patients or their families.

The POLST form was created after a group of ethics leaders convened by OHSU to ensure the end-of-life health care wishes of those with advanced illness or frailty would be followed. POLST-like programs have been adopted or are in development in all 50 states and Washington, D.C., and are associated with reducing unwanted hospitalizations near the end of life for patients whose forms call for comfort-focused care.