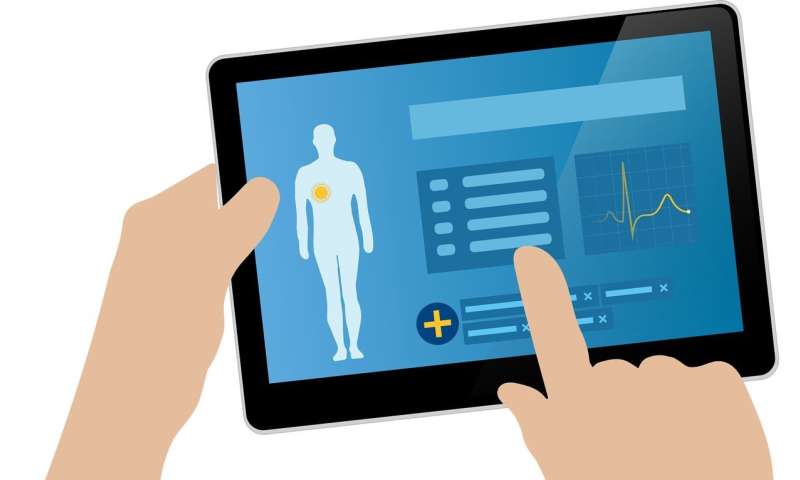 Although generally true, it’s not enough for health-care professionals to simply advise patients to “exercise more and eat better,” especially for people dealing with the physical, mental and emotional challenges of a chronic disease like HIV/AIDs.

Instead, a better approach is to ask what exercises—and in what amount—and what specific diet will benefit a particular person also coping with distressing symptoms—such as fatigue, pain and depression—and then prescribe a personalized answer.

That’s according to an idea being tested by nurse-scientist Allison Webel, an assistant professor at the Frances Payne Bolton School of Nursing at Case Western Reserve University and partners at three other universities and health care clinics.

Webel contends that simply telling someone with HIV to hit the gym and lay off the fatty foods might be akin to a carpenter using a pair of pliers, instead of a screwdriver, to remove a wood screw—the outcome may only crudely resemble what could have been.

“The problem with what we do now is that we often use a blunt tool, when a fine tool is what’s needed—something personalized,” said Webel, whose research focuses on improving the health and wellness of people living with HIV and other chronic diseases.

The new work is supported by a $3.3-million, five-year grant from the National Institutes of Health’s National Institute of Nursing Research. Webel will work closely with co-principal investigator Amanda L. Willig, a nutrition scientist with the University of Alabama at Birmingham (UAB).

Other partners include Benigno Rodriguez, an associate professor and researcher at the Case Western Reserve School of Medicine; scientists at medical schools at UAB and the University of Washington; and researchers at Fenway Health, an LGBT health care, research and advocacy organization in Boston.

Researchers began enrolling participants in the study, named PROSPER-HIV, early this year. By the end of the five years, some 850 patients are expected to have participated.

The participants will not only be providing physiological data collected by wearable sensors and self-reporting their diet, but researchers will also know exact medications they’re taking and their other chronic health conditions, thanks to a partnership with nationwide network of HIV clinics.

“That’s what sets this study apart—we’ll know a lot more about each individual patient than in any previous research, including what meds they are on,” Webel said. “It might be that one patient will benefit from certain exercises or diet that help with inflammation, while another, because of their medications, may not.”

The study of HIV patients may also help determine beneficial approaches to diet and exercise for people with other chronic diseases who also have distressing symptoms, such as diabetes, kidney disease or even those who have had heart failure, she said.