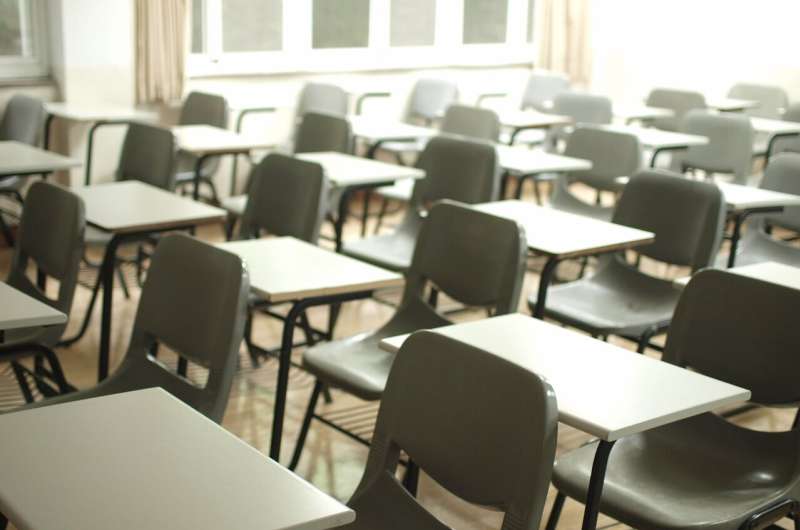 A study led by Christina Cruz, MD, EdM, assistant professor in the UNC Department of Psychiatry, takes a deeper look at how teachers in low and middle income countries are uniquely positioned to deliver mental health care to their students, and how students benefit from this intervention.

A majority of children worldwide who face mental health difficulties, especially in low and middle income countries, remain undiagnosed and untreated. This deficit roots in part from a lack of trained professionals qualified to provide care. Task-shifting the provision of treatment to teachers, individuals with consistent access to children, can reduce the care gap.

The study, published in Frontiers in Pediatrics, was conducted in 2019 in Darjeeling, India with 19 teachers and 26 students from nine rural elementary schools, along with 29 student caregivers. The research builds on a study conducted in 2018.

Both studies utilize Teachers Leading the Frontlines (Tealeaf), an intervention developed by Cruz and her team in which teachers deliver evidence-based, indicated psychological care to their students in need in rural primary schools. Teachers in the study completed a 10-day training program on Tealeaf, in which they learned to use an approach that they could customize, including using both one-on-one sessions and care tasks fitted into their primary teaching duties.

“We learned from our first study that teachers were able to do this and were willing to deliver mental health care to their students,” said senior author Christina Cruz, MD, assistant professor in the UNC Department of Psychiatry. “While we did see improvements in children in the first study, we were more focused on that aspect here.”

Teachers reported their observations of students who received this care and saw significant improvements in child mental health outcomes, including academic improvements in math. Changes in reading abilities trended toward significance. Caregivers also recorded observations of students, reporting that children’s symptoms didn’t impact life as much as they did before the intervention, but the symptoms did not change.

“We interpret the caregivers’ observations as evidence that the care given by teachers in school may not translate to the care they get at home,” Cruz said. “We’re looking at this as reason to build out a more formal parent component of the program to help translate the mental health care at school and at home.”

These studies occurred before the COVID-19 pandemic, which has had a significant impact on children’s mental health. Cruz and her team are currently working on the next phase of this research—a three to four-year efficacy trial with a larger number of participants, in which they expect to see more children experiencing mental health symptoms, along with children suffering from more severe symptoms.