The People-Pleaser, The Overachiever, The FOMOer, The Pushover. These are the Yes-Men. Which one are you?

For example, I myself am a People-Pleasing Overachiever (or a recovering one, anyway). I’ve never identified as a Pushover, but there’s a first time for everything so I won’t rule it out. And as for FOMO (“fear of missing out,” in the commonly understood manner of missing out on something fun), I’m honestly content to let other people go to parties and stuff without me. I am exceedingly fond of my couch. But I do experience that I-should-say-yes-when-I-want-to-say-no feeling in other ways — like when it comes to missing out on a business opportunity. I worry that if I say no this time, I may be closing a potentially lucrative door forever; it’s not that I want it now, so much as I don’t want to not have the option to want it in the future. 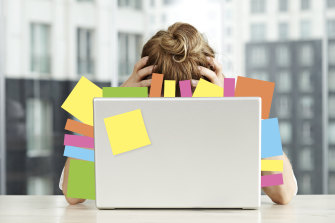 (Weirdly though, while I can think of several occasions when I should not have said yes to an “opportunity” that turned out to be a total clusterf—, I can’t immediately call to mind a situation in which I’ve regretted saying no. Huh. Interesting.)

Anyway, let’s meet the Yes-Men, shall we? 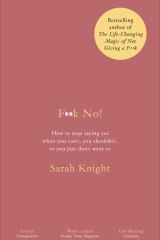 You say yes when you want to say no because … You hate to disappoint others. You feel obligated. You feel guilty. You want people to like you and/or you don’t want to be rude. You’re a legit nice person who is sometimes too nice for your own good. You say yes to friends and family in need, but also to enemies, strangers, and Jehovah’s Witnesses just so they won’t feel bad. You agree to dates you’re not interested in and you do favours like they’re going out of style.

Things People-Pleasers should be saying instead of yes

Saying no instead will help you … Place much-needed value on your own happiness. You’ll stop being taken advantage of by people who don’t have your best interests at heart. You’ll gain more downtime, plus the energy to enjoy it. Become a Me-Pleaser!

You say yes because … You might as well be the one to do it because you’ll do it best. You’re a perfectionist. You don’t want anyone to think you’re being lazy. You enjoy getting credit. You’re competitive with others and/or always looking to outdo yourself, so you take on extra assignments, elaborate projects, and insane deadlines like you’re sitting on the world’s largest supply of [attention disorder medication] Adderall. Your desire to totally crush it sometimes means you get totally crushed.

Saying no instead will help you … Delegate more and panic less. You’ll stop being resigned to “doing it all” and get excited about “doing what you want”. You’ll be able to focus better on fewer things, setting yourself up for success at what’s most important to you. Now that’s an achievement.

Things Overachievers should be saying instead of yes
“I don’t have time right now.”
“That’s above my pay grade.”
“I don’t need to look that over. I trust you.”
“I’m on vacation.”

You say yes because … Although you don’t necessarily love the feeling of taking on too much, you’re afraid of what might happen if you don’t. You fear missing out on something fun, or on an opportunity that might be rewarding — financial or otherwise. You feel like there’s something wrong with you for not wanting things that other people want. (Note: fear of what other people might think belongs upstairs in “People-Pleasers”.) You’re ruled by regret. You go to parties and on trips even when you’re not that excited about them, and you ALWAYS take the meeting. You’re overcommitted and ultimately, underwhelmed.

Saying no instead will help you … Let go of expectations (for yourself and of others) that don’t serve you. You’ll eliminate anxiety about your choices and be more confident in them. And you’ll be fully present for, committed to, and excited about the stuff you really want to say yes to. Turn that FOMO into JONO (“joy of no”)!

Things FOMOers should be saying instead of yes
“I should trust my instincts.”
“I remember how this went last time.”
“There will be other chances.”
“I do me, and that’s OK.”

You say yes because … You dislike confrontation. You prefer the path of least resistance. You acquiesce to lowball offers and you can’t refuse telemarketers, whining children, or manipulative cats who definitely already got fed today but are awfully cute. You’re low on willpower. You’re indecisive. You “go with the flow” right over the edge of the falls.

Saying no instead will help you … Gain instead of lose (time, energy, money, success, respect … the list goes on). You’ll follow through on your goals instead of getting sidetracked. You’ll be admired for your fortitude and savvy. You’ll stop giving inches and save many, many miles. It’s OK to push back.

Things Pushovers should be saying instead of yes
“I’m not comfortable with that.”
“I am immune to your charms.”
“I’m worth more.”

Sarah Knight's book, F**k No! – How to stop saying yes, when you can't, you shouldn't, or you just don't want to (Hachette), is out in December.