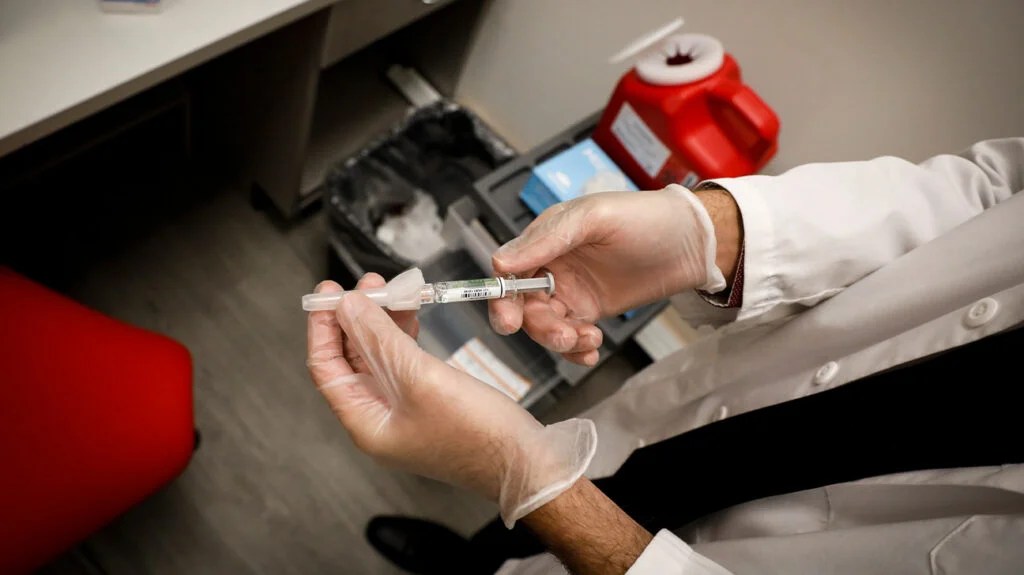 For most people, it makes sense to get vaccinated against seasonal influenza, or the “flu,” every year. In the U.S. alone, the Centers for Disease Control estimates that for the years 2019-2020, there were 35 million flu-related illnesses with 20,000 flu-related deaths.

According to recent research, having the flu may increase the chances of getting an ischemic stroke — the most common type of stroke — by 40%, a good reason to be vaccinated against getting the flu.

Now, a new study from Spain posits that the act of getting a flu shot itself lowers the risk of stroke, apart from any protection against the flu the vaccine provides.

The observational study suggests that people with vascular risk factors who received flu shots have a 12% lower risk of getting a stroke for the first time than those who did not, when adjusted for the fact that people who have pre-existing risk factors for stroke are more likely to receive a flu vaccine.

The researchers also found that vaccinations against pneumonia did not provide a similar benefit.

“We adjusted for many factors that could confound the association between the flu vaccine and ischemic stroke, but still, there may be unmeasured or unknown factors such as those related [to] patient healthy habits — e.g., diet, exercise, better adherence to treatments — that can be associated with vaccination and, at the same time, may lower the risk of having a stroke.”

The study is published in Neurology.

The reason behind the reported reduction in stroke risk is beyond the scope of the paper.

“This is an interesting question for which, unfortunately, we have not a clear answer yet,” said Dr. de Abajo.

“It is an open field of research that needs to be explored in the near future. At this stage, we can only speculate about the mechanisms, but there are several pieces of evidence from previous studies (other authors) which suggest that flu vaccination may reduce inflammation mediators,” he explained.

“Inflammation itself is an increasingly recognized risk factor for stroke. The immune reaction created by the flu shot could have an anti-inflammatory effect that reduces stroke risk.”

Dr. Elkind was not involved in the study, but co-authored an accompanying editorial explaining its importance. The editorial is titled “Influenza Vaccination and Ischemic Stroke Prevention: Two for the Price of One.”

“Inflammation,” said Dr. de Abajo, “has a crucial role in the process of atherogenesis and, particularly, in triggering acute atherothrombotic events.”

“[A] reduction of the inflammatory mechanisms may result in a stabilization of atheroma plaques, and by this way flu vaccine could prevent acute vascular episodes [such] as ischemic stroke or acute myocardial infarction (in addition to the prevention of the infection). But this is only a hypothesis that needs to be evaluated in future research.”
— Dr. Francisco José de Abajo

How the study was performed

Using a Spanish healthcare database, the researchers performed a nested-case control study of the health and vaccination histories of people ages 40–99 who had no initial record of ischemic stroke or cancer.

Following their data for 14 years, the team identified 14,322 people who had subsequent ischemic strokes at least 14 days after vaccination and before the following flu season. For comparison, five people of the same age and sex from the original cohort were randomly assigned to each person.

For example, people who got vaccinated tended to be older and have more factors that put them at risk of a stroke, such as hypertension and problematic cholesterol values.

In the end, the researchers arrived at the final risk reduction associated with getting vaccinated versus not being vaccinated.

“In an observational study such as this, in which people are not randomly assigned to one treatment or the other, there is always the possibility of confounding by health behaviors: people who get vaccinated may be healthier in many other ways, like diet and exercise, that may also reduce their stroke risk. We always try to account for as many of those factors as possible, but it is hard to catch them all.”

“When the patients were grouped into homogeneous strata according to their baseline cardiovascular risk based on their medical history, we observed that the protection afforded by vaccination was only significant in the strata of patients with cardiovascular risk factors or established vascular disease,” said Dr. de Abajo.

“The fact that no protection was observed in the group of patients with no vascular risk factors may be explained by a statistical issue: it is hard to demonstrate a protective effect when the risk is already low,” he added.

Dr. Elkind also noted that “[t]he causes and types of stroke in those with and without vascular risk factors may differ.”

“Stroke can happen to anyone: sometimes it is a tear in a blood vessel or a blood clot from the heart. The effect of vaccination may be greater in those with strokes due to hardening of the arteries, or atherosclerosis, which is more often found in people with risk factors.”
— Dr. Mitchell S. V. Elkind

However, Dr. de Abajo also noted that “The lack of adjusting for [unmeasured] factors is a limitation of all observational studies that should be taken into account, as we recognize in the paper.”

“We would like to emphasize,” concluded Dr. de Abajo, “the key message of our research: vaccination against influenza may provide an extra vascular benefit in addition to protection against the infection itself, an additional reason to convince the public (and their physicians), in particular those with cardiovascular risk factors, to be vaccinated against influenza.”

“Flu vaccination coverage in most countries is below the WHO recommended target, and we hope that studies such as ours will help to raise public awareness of the benefits of vaccination and increase coverage as part of preventive public health activities,” he said.