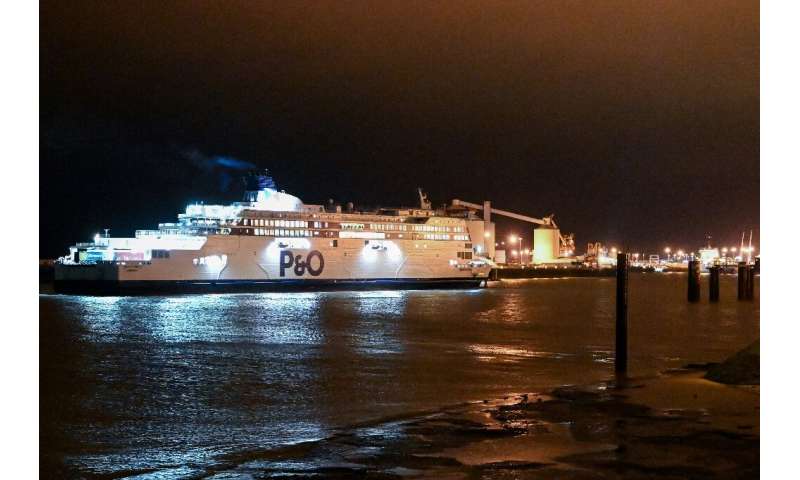 Countries among the hardest hit by the coronavirus unveiled further control measures Friday to battle rising cases, hitting summer tourism and aspects of everyday life around the globe.

The US Department of Homeland Security said it was extending a ban on non-essential travel through border crossings with Canada and Mexico throughout most of September “to slow the spread” of the disease.

Meanwhile Britain added France to its list of countries hit with a mandatory two-week quarantine for returning holidaymakers from Saturday, as Paris confronts a resurgent second wave of infections.

Confirmed cases in France reached levels not seen since May on Wednesday and Thursday, at over 2,500 new cases per day.

Neighbouring Spain said it would close all nightclubs and ban smoking in the street where people are unable to stay at a safe distance, after the country reported almost 3,000 cases in 24 hours on Thursday.

In Germany, the Robert Koch Institute for disease control added all of Spain except the Canary Islands to its list of regions where incoming travellers must show a negative test for COVID-19 or quarantine for 14 days. 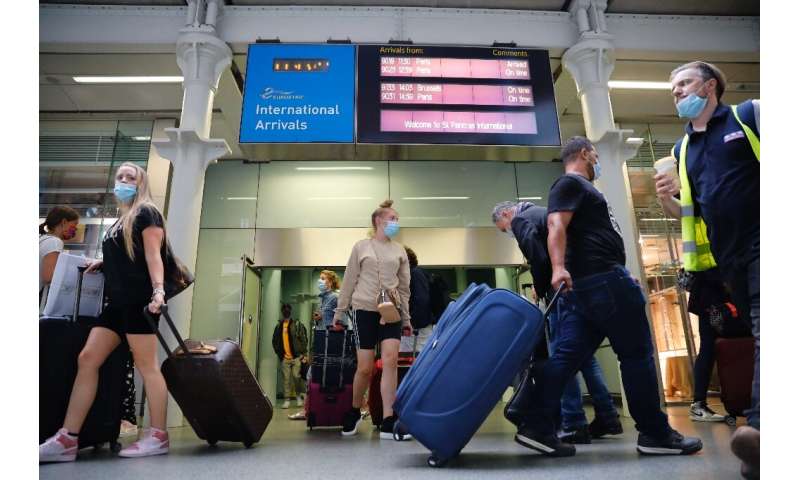 Austria urged its citizens to return from popular Mediterranean destination Croatia before similar rules come into effect on Monday, while Serbia introduced mandatory testing for travellers from four neighbouring countries.

And thousands of Albanians queued in their cars at the Greek border, hoping to squeeze across and return to work before tougher entry requirements designed to brake mounting infections come into effect.

Some people had been waiting for three days in the 20-kilometre (12 miles), 4,000-car jam, an Albanian police source said.

Around the world, the number of confirmed cases rose to almost 21 million according to an AFP tally from official sources, with nearly 755,000 people dead.

France and the Netherlands have now joined Spain and several other European nations on Britain’s quarantine list, having at first been granted exemptions. 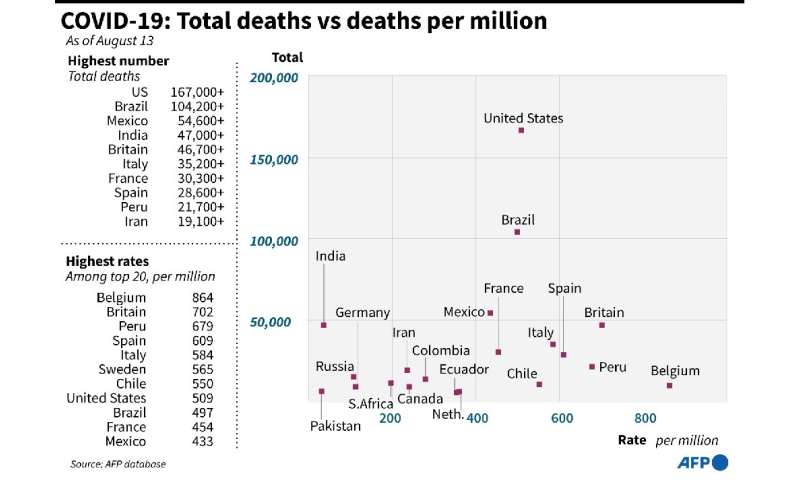 French student Antoine, 23, had to rush back to Bristol, where he is at university, cutting short his summer holidays.

“I’m a waiter in a small café near college, I can’t afford to spend 14 days in the house,” he said at London’s St Pancras railway station after getting off a Eurostar train.

French holidaymakers in the UK will be faced with tough choices of their own, as Paris swiftly announced a “reciprocal measure”, although it was unclear when that might be imposed.

The Netherlands also said it would advise against all but essential travel to Britain, but will not impose a quarantine of its own for incoming travellers.

With more than 41,000 deaths caused by COVID-19, Britain is the worst-hit country in Europe and Prime Minister Boris Johnson has been criticised over his handling of the crisis.

A slew of data Friday revealed the scale of the economic impact of the virus and punishing lockdowns, with Hungary, Bulgaria, Romania, the Netherlands, Finland and Denmark all booking hefty hits to GDP in April-June. 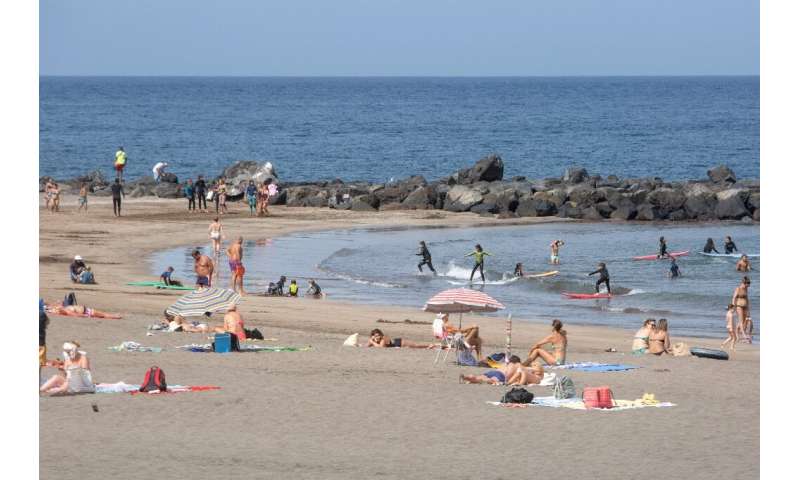 “Never before” has the Dutch economy suffered shrinkage of 8.5 percent in a single quarter, the CBS statistics office said, while Denmark and Hungary both reported their worst slumps since the early 1990s.

Central European heavyweight Poland entered its first recession since the end of the communist era.

The continent’s stock markets groaned under strain on the travel and tourism sectors from the new quarantines and the US failure to agree a new round of economic support for citizens.

One bright spot was German vaccine maker CureVac, set to dip its toe into the US markets with an initial public offering raising more than $200 million.

The company is seen as one of the leading contenders in the race to develop to a COVID-19 vaccine and received permission in June to start human trials.

All eyes on vaccines

Vietnam said it was looking to buy a bulk order of Russia’s “Sputnik” vaccine, although Western scientists have raised concerns about the speed of its development and suggested that researchers might be cutting corners. 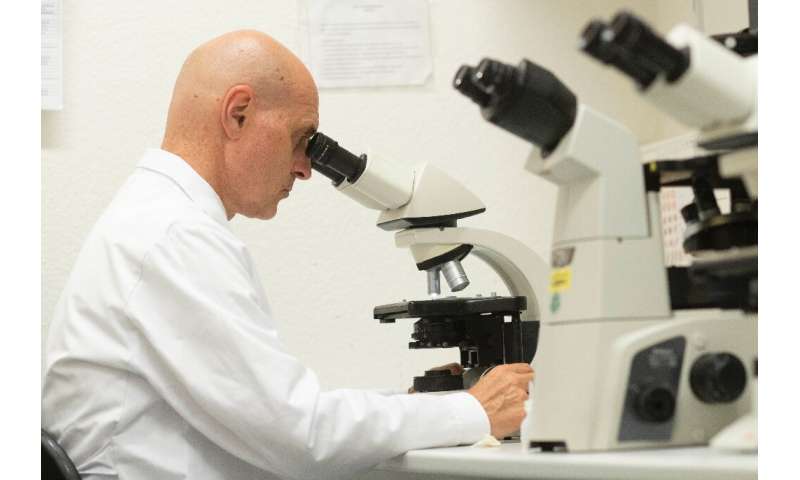 And Washington said it would distribute any vaccine proven to be effective to all Americans for free.

Mexico said it and Argentina aim to have a vaccine available for Latin America—now the region with the worst virus toll and most cases—early next year under a production agreement with drug giant AstraZeneca.

Both Mexico and Peru have now surpassed half a million confirmed infections.

New Zealand is battling its own second wave of infections and extended a lockdown of its largest city Auckland by at least 12 days, giving health authorities more time to trace and contain a variant of the virus previously unseen in the country.

The Pacific island nation’s initial response to the pandemic was hailed a success, but a run of 102 days with no reported community transmission ended on Tuesday.