He Struggled With Addiction for Decades. Then the Gym Rebuilt His Mind and Body.

For Mark Timms, life was difficult starting the day he was born.

He had deaf parents, but he wasn’t deaf himself, so Timms says he was “stuck between two very different worlds and never feel like I fit in anywhere.”

Timms learned British sign language, but his dyslexia made school difficult. He was bullied, too, but never told anyone, fearing that he’d worry his parents and teachers. Processing all of these emotions materialized in self harm. Timms says he was seven years old when he first cut himself with razor blades.

When Timms was 10, his father discovered that he had a disease that would make him blind. His mother turned to alcohol. About two years later Timms’ father tried to hang himself, but was unsuccessful.

To cope with all this stress, Timms started drinking. During the next few decades, he says his alcoholism grew, as did his drug use, eating disorders, and sex addiction. He attempted suicide multiple times.

Then in 2011, Timms’ mother died of a heart attack and his father, unable to handle his emotions after finding her body, died by suicide.

“It broke me that I never really sorted things out with them, but my feelings and emotions were switched off,” says Timms. 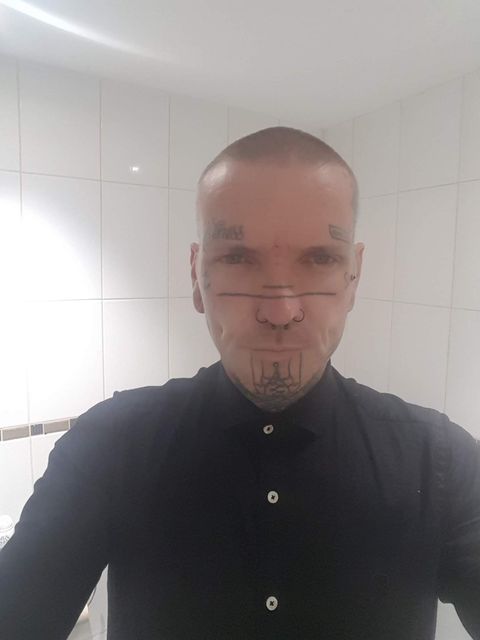 It took Timms seven more years before he had his first stint in rehab. He was 42. After rehab, Timms says he was okay with himself, but he wasn’t happy with how he looked. “I had put on a lot of weight from self-isolating and drinking before I had gone to rehab,” he said.

So Timms says he started walking 10 to 15 miles a day, and eventually lost 70 pounds. But without the alcohol he’d used to “deal” with his problems, his mental health became a rollercoaster and affected the progress he made with his weight. “I would starve myself as a way of punishing myself,” he said. “It became a coping mechanism.”

And then, in September of last year, Timms relapsed. In December, another suicide attempt landed him in a mental health unit.

Timms was diagnosed with borderline personality disorder. “With that diagnosis, I suddenly had answers to why I had struggled for most of my life,” he says.

Timms says he realized that time, things had to be different. His first step to make that possible was joining a gym. This time, the exercise helped with his mental health. 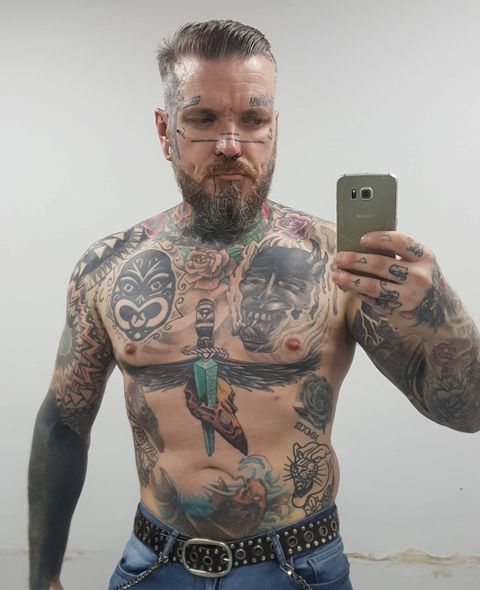 He also found intermittent fasting gave him a healthy control over his food and gave him the best results. A typical day for Timms includes porridge for breakfast, chicken and rice for lunch, and salmon and sweet potatoes for dinner. He also says he makes sure to eat a variety of fruits and vegetables.

“It took 12 weeks to transform my body,” he says. “I worked bloody hard. Personally I could feel and see a difference after the first week.”

Though even though he could see results, it was others who made Timms feel like he wasn’t doing well. “At times I felt like shit, because they would say, ‘Mark you look too skinny. You need to eat more.’ I wouldn’t dream of telling someone that because you never know what they may be going through.”

But he says his self-confidence started to increase, and as it improved, so did his mental and physical health.

Now, Timms says he knows it’s going to be a constant check-in with himself to stay sober and healthy. It’s been made tougher, recently, by the coronavirus, but Timms can see that it just means an adjustment, not a derailing point.

“I’m going back to basics,” he says. “I’m training at home in isolation using bodyweight exercises and resistance bands. I still feel very challenged by it and am motivated.”