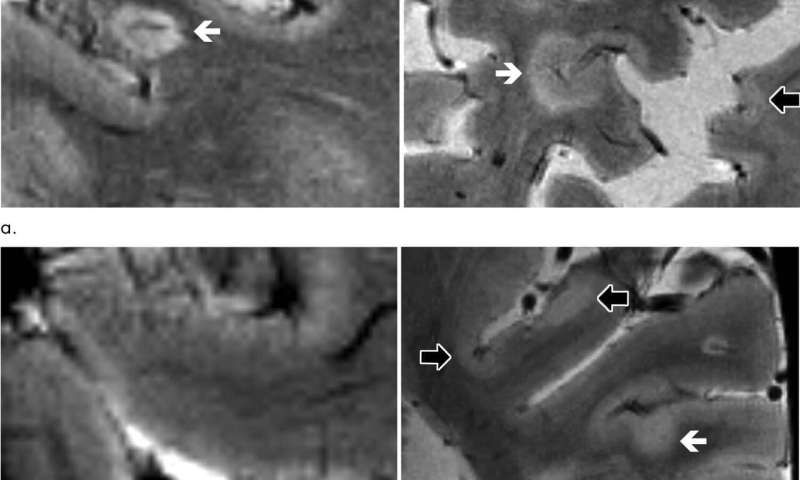 The development of scars, or lesions, in the brain’s cortical gray matter is a powerful predictor of neurological disability for people with multiple sclerosis (MS), according to study appearing in the journal Radiology. Researchers said that the findings suggest a role for ultra-high-field-strength MRI in evaluating the progression of MS.

MS is a disease in which the body’s immune system attacks the protective covering surrounding the nerves of the central nervous system. It was once considered a disease of the brain’s white matter, but recent research has shown that cortical lesions, or lesions in the gray matter of the outer layer of the brain, develop even earlier in the course of the disease. These lesions are not easy to see with conventional-strength MRI.

“Because 7T MRI is more sensitive to cortical lesions than lower-field MRI, we can detect many of these lesions that we couldn’t see before and determine if they are strongly correlated with neurological disability and disease progression,” said study senior author Caterina Mainero, M.D., Ph.D., from the Athinoula A. Martinos Center for Biomedical Imaging at Massachusetts General Hospital in Boston. “In this study, we wanted to track the evolution of these lesions and better understand where in the cortex these lesions develop more frequently.” 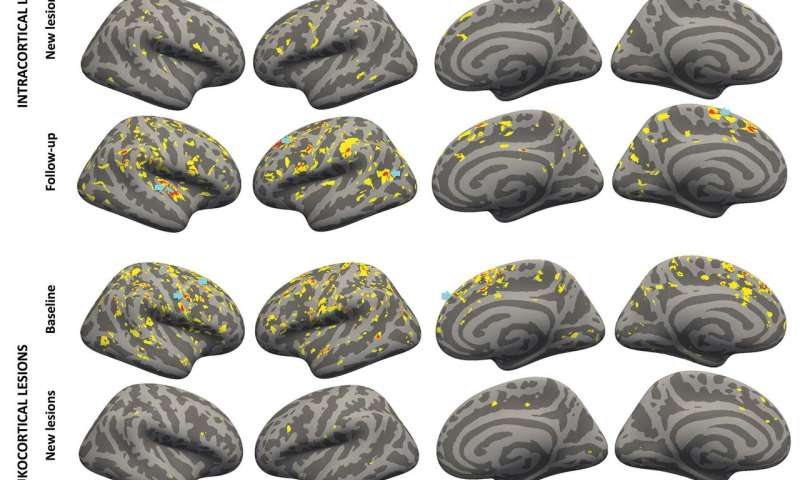 Twenty-five of the MS patients, or 80 percent, developed new cortical lesions, and the 7T MRI detected them more frequently compared to previous studies at lower-field MRI strength. On average, the number of lesions that developed in the cortical region was more than twice the number that developed in the brain’s white matter. The total volume of cortical lesions was a predictor of neurological disability at both baseline and follow-up assessment.

The 7T brain scans showed that the cortical lesions tended to accumulate in grooves on the brain’s surface called sulci.

“We showed that the cortical sulci are the regions where most of these lesions develop,” Dr. Mainero said. “We also found that these lesions can predict disability progression more than white matter lesions, which are the typical lesions of MS we’ve been studying for years.” 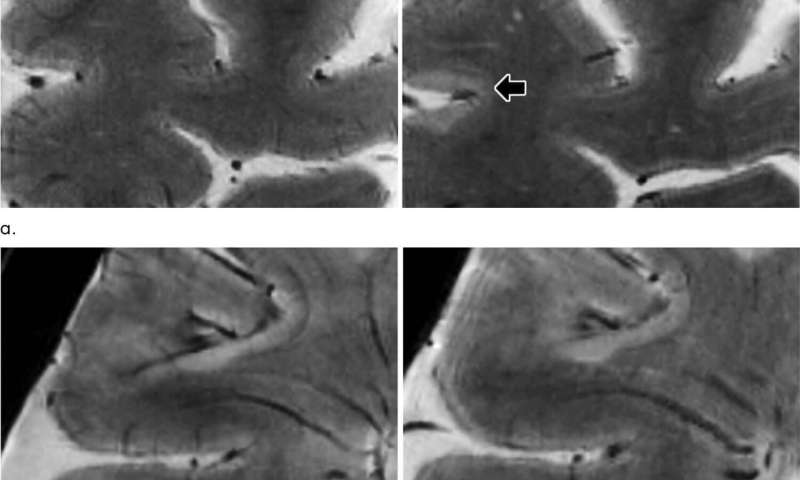 While the reasons for the accumulation of lesions in the sulci are not definitively known, researchers note that the flow of cerebrospinal fluid—the fluid that surrounds the brain and spine—is likely to be restricted there. The restricted flow might make the sulci more vulnerable to inflammatory responses.

The results suggest that assessment of cortical lesions should represent a main component in the evaluation of progression of disease burden in MS, Dr. Mainero said.

“This can have a very powerful impact on how we monitor patients with MS,” she said. “We can also use this tool to see how potential treatments can affect the development and evolution of cortical lesions.”

The researchers are looking to replicate their data in larger populations. They also hope to learn more about which patients tend to accumulate more lesions and what factors may be behind the inflammatory response.