How to deal with the physical reminders of a miscarriage 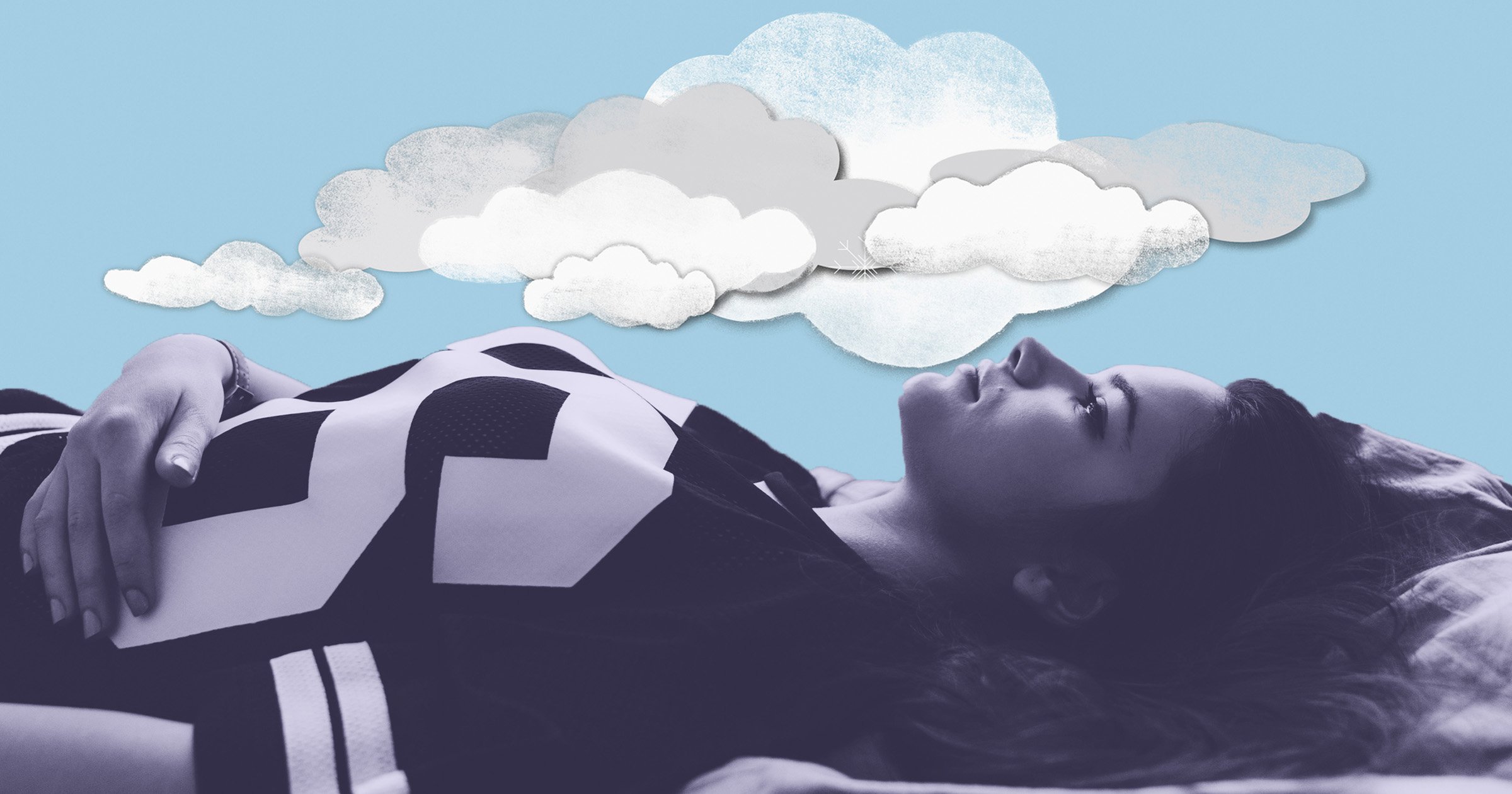 TW: This article contains mention of miscarriage and baby loss.

Following an early miscarriage, Lisa’s hormones failed to return to their pre-pregnancy levels for months.

‘I still had all the symptoms like sickness, bloating, no periods, and tiredness,’ she continues.

At around five weeks, it was expected that her hormones would return to normal much sooner.

‘I had to attend daily, then weekly blood testing at an early pregnancy unit to check on me,’ she says. ‘It was a constant reminder of what had happened.’

Following a pregnancy loss like Lisa’s, women may be at greater risk of experiencing depression, anxiety, and PTSD.

And the mental toll of losing a baby can be further exacerbated by the physical symptoms – that can continue for days, weeks, and even months following a miscarriage.

This is something Michelle, who lost a twin pregnancy at 11 weeks, can attest to.

‘I definitely had lots of pregnancy symptoms which carried on after the babies had died, as l had a missed miscarriage, which means the babies died at six weeks but l didn’t start to lose them until 11 weeks,’ she explains.

‘The sickness and sore boobs lasted a couple more weeks and my hormones were all over the place.’

For Michelle, knowing that the babies had died while her body was still behaving as though she was pregnant was ‘incredibly hard’.

She says: ‘It was an extremely difficult time.’

While it’s important to note that everybody’s experience of miscarriage is different, there are some common physical symptoms that may occur.

When a person falls pregnant, their body will start producing the pregnancy hormone hCG.

This is what causes morning sickness in some people, as well as cravings and fatigue.

‘When someone miscarries, especially if you have a late miscarriage, then a lot of the symptoms that they experience will be the same as they are if they went to full term and delivered a baby,’ Dr Shazia Malik, Consultant Obstetrician and Gynaecologist at The Portland Hospital, tells Metro.co.uk.

‘This is because, as soon as your placenta is delivered, your levels of oestrogen and progesterone will drop exponentially.

‘So they may experience poor sleep flashes, night sweats, feeling hot, and some anxiety and insomnia, which of course can be exacerbated by the emotional fallout of having lost a pregnancy.’

Depending on how far along somebody is when they miscarry, it can take up to six weeks for their hCG levels to drop completely to zero, and around two to three weeks for those symptoms, such as sickness, to go away.

If these symptoms last any longer, which is usually out of the ordinary, Malik suggests a trip to the doctors to understand why they are persisting.

Some people who miscarry will notice that they still have a bump for weeks following their loss.

While some might believe that they are still pregnant, Malik says, that’s extremely unlikely.

‘It’s important to know that the bump isn’t actually your uterus,’ she says.

‘When someone gets pregnant, especially if they’ve had children before, their abdominal muscles are affected by the hormonal changes.

‘So quite often, they’ll notice that they have what looks like a bump even in early pregnancy.’

‘And that could take several weeks, or even months to go back to what it was before you were pregnant,’ says Malik.

Another, potentially very distressing symptom of miscarriage, is lactation.

This is very rare and usually occurs following a mid to late term miscarriage.

Malik explains: ‘This is more common for someone who miscarries after 18 weeks or so. So if someone comes to the hospital at that gestation, they will usually be given medication to stop their breasts from producing milk.

‘Unfortunately, it isn’t always successful, but it’s important that women know that it can happen and that it will settle very quickly.’

If this does happen, Malik recommends wearing a support bra, staying very hydrated, and taking pain relief until symptoms lessen.

How to cope with the physical symptoms of a miscarriage

While the mental toll of miscarriage is often more severe than the physical toll, the two certainly go hand in hand.

‘One of the main emotional impacts is a feeling a failure, for not being able to carry a baby,’ Maria Bailey, a bereavement counsellor and founder of Grief Specialists tells Metro.co.uk.

‘There’s also sadness and loss, and the loss is often around the loss of hopes, dreams and expectations of being a parent as well as the pressure to try again, and the reminders on Mother’s Day and Father’s Day.’

While it’s vital that the emotional fall out of a miscarriage – such as self blame, feelings of failure and other mental health problems – are dealt with as soon as possible, it’s also important to deal with any emotions that are brought up by any lasting physical symptoms.