I wouldn’t wish an exercise addiction on anyone

“I wish I had an exercise addiction", is a quip physiotherapist and nutritionist Dr Vanessa Alford has heard many times. As an elite marathon runner, sponsored by Nike, New Balance, and sports drink HTW-O, Alford was a fitspiration pin-up-girl for our go-hard-or-go-home exercise culture. 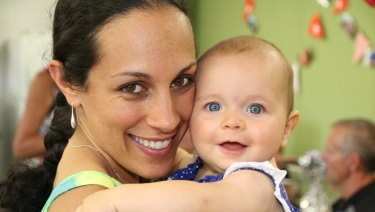 Former exercise addict, Vanessa Alford, had to scale her exercise sessions back from 14 a week to three to gain enough weight to conceive.

But behind the free sponsorship gear and the trophies, Alford was in the grip of an exercise addiction that derailed many areas of her health and life.

“Without me realising it, my relationship with exercise went from being a passion to an obsession and then it became an addiction,” Alford says.

“I couldn’t start the day without running. Just like I can imagine a drug addict feels, it got to the point where I no longer felt a ‘high’ after a run, but I felt an extreme ‘low’ if I didn’t run.”

At the peak of her exercise addiction, Alford was running 15 to 20 hours per week, constantly pushing herself to run faster and train harder.

She developed chronic fatigue and other symptoms, including dizziness, pins and needles and an inability to concentrate.

But even that wasn’t enough for Alford to confront her addiction to intense exercise. Once the fatigue diminished, she resumed it.

“I actually wanted to push my body harder because I felt like I wanted to punish it for inflicting all this suffering on me,” says Alford who has written about her journey in Fit Not Healthy.

Aside from craving the adrenaline rush, the feeling of endorphins flooding her body from exercising, being an athlete was also a critical part of Alford’s identity. Maintaining this identity also fed her addiction, she says.

Psychologist and Director of BodyMatters Australasia Sarah McMahon says that exercise addiction is not well understood. Fellow athletes and those looking to shape up often romanticise exercise addiction as “motivation” and “moral strength”.

“They witness the ‘benefits’ of the excessive behaviour, for example improved fitness or weight and shape changes and are not privy to the destructive, ‘at-any-cost’ reality that includes a completely consumed mindset, injuries and disintegration of other domains of the exercise addict’s life,” says McMahon.

“This distorted impression contributes to the reinforcing elements of exercise addiction. Onlookers praise what appears to be culturally sanctioned behaviour, rather than having an accurate appreciation that this an addiction and it comes at a huge cost to that person’s life.”

As an exercise and health professional, Alford knew that her extreme and obsessive training wasn’t healthy. She also had her family, and numerous doctors telling her that she needed to stop training so hard.

“I didn’t listen to any of them. ‘What would they, know?’ I thought. They’re not marathon runners,” Alford says.

McMahon says that loved ones often become aware and concerned about a person’s exercise addiction before the athlete themselves realises it themselves.

I think a lot of people don't realise how detrimental exercise addiction can be to your health. I wouldn’t wish it on anybody.

“They are the ones who see the cost to the sufferer and the ones that often reach out to get help,” she says.

“The sufferer is often so enmeshed in the addiction and fearful of change that they lack the capacity for perspective and motivation to recover.”

Alford’s road to recovery from her exercise addiction began when she wanted to have children. She was able to shift her focus from the goal of exercising to the goal of conceiving.

"I hadn’t had a period for about six years because I was too lean and exercising too much, so I went from exercising 14 times a week to three. I put on seven kilos in two months." Within months, her debilitating symptoms had disappeared and she became pregnant.

Now pregnant with her third child, Alford believes that her exercise addiction is behind her. But she makes a conscious effort to approach her exercise and eating with moderation so she doesn’t spiral back into addiction.

“I think a lot of people don't realise just how detrimental exercise addiction can be to your health,” says Alford. “I wouldn’t wish it on anybody.”