We’re pleased to announce we have been awarded our second Queen’s Award for Enterprise in five years!

Not only that; we have also been awarded the Queen’s Award for Enterprise: International Trade in recognition of our outstanding international growth. Meaning we are one of only a handful of businesses who have won multiple awards this year. 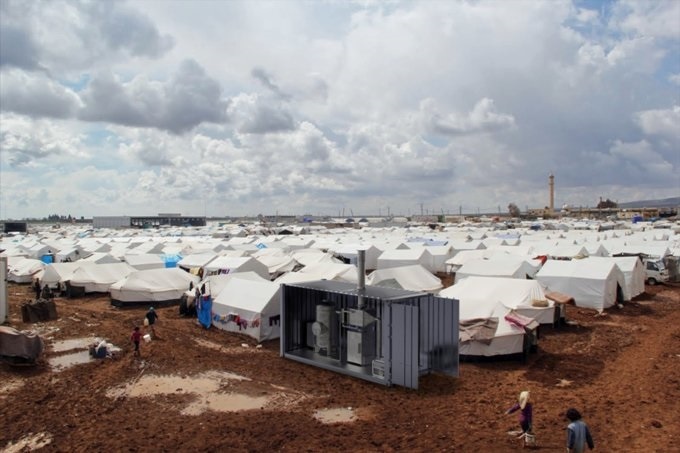 With waste to energy capability

Continued investment has given us the capability to design, manufacture and install our own purpose-built products in-house. This has been significant for us and has provided us with the ability to create our own unique product which combines a general or medical waste incinerator with a waste-to-energy converter, enabling the production of clean hot water or air.

This combination is particularly attractive when employed in response to disease or natural disaster situations, as seen during the Ebola crisis, where there is a requirement for the safe disposal of large amounts of waste, coupled with the demand for reliable, clean energy to provide hot water and drying facilities.

Our solution, which is housed in a standard shipping container, was designed to be mobilised quickly and efficiently meaning it provided real benefit to the region.

It was this product, and the humanitarian solution it provides, which has been recognised by the Queen’s Award for Innovation. Alongside this, we were also awarded the Queen’s Award for International Trade on account of our consistently strong growth. The business exports around 90% of its products globally, to 172 countries, and has grown into a £5.5 million operation in just 10 years.

These new awards complement our previous Queen’s Award for International Trade, which we received in 2012.

Receiving these awards is an honour. We feel a real sense of achievement that our work has been recognised, and that we have been able to contribute to important humanitarian projects in some of the most challenging global environments.

We have a clear vision for how we plan to continue growing, and are looking forward to working with our partners across the world to realise that vision.

Mr Ferguson will attend a ceremony at Buckingham Palace in July, where he will receive the awards on behalf of the company.

We are especially proud that we have been able to buck the trend by achieving substantial growth at a time when UK manufacturing has been declining at its fastest rate for decades. It shows there are innovative, ambitious British businesses still able to make their mark on the global stage, and we are delighted to be among those doing so.

The Queen’s Awards are made annually on the Queen’s birthday, and recognise the outstanding achievement of British businesses which have demonstrated excellence across a number of categories.