Southport-based waste management specialist, Inciner8, is celebrating after receiving two top accolades last week, as it was named International Business of the Year by the Echo Regional Business Awards and received a Highly Commended distinction at Insider Media’s Made in the UK Awards national final. 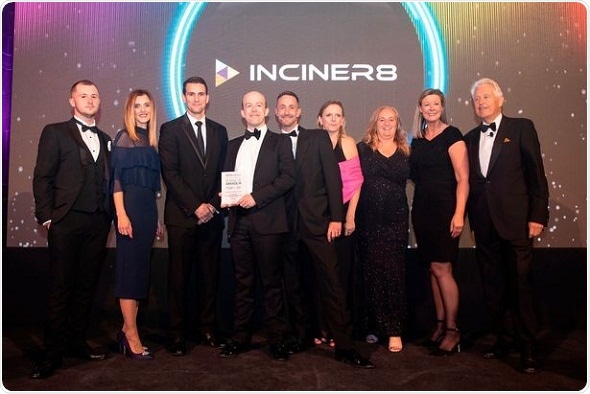 A manufacturer of market-leading clean air incinerators, Inciner8 was recognized by the Echo Regional Business Awards for its achievements in attaining the highest and most sustainable levels of international growth through exporting. One of 12 awards presented at the 25th annual gala event, Inciner8 overcame a ‘rich crop of entries’ from across Merseyside.

Recognizing excellence in manufacturing from across the country, Insider Media’s Made in the UK Awards saw Inciner8 receive a Highly Commended distinction in the Export Award category. This follows its award win in theMade in the North West regional heat, in which the company was recognized as the region’s most outstanding exporter in terms of ‘international presence, export growth and exports as a proportion of sales’.

Originating in the UK farming industry, Inciner8 has demonstrated a continued commitment to research and development, which has seen the firm enjoy strong international growth year-on-year, with 85% of Inciner8’s business taking place within international markets and it exporting to 172 countries last year.

Being awarded these two regional and national accolades is another real milestone for Inciner8 and once again demonstrates the strength of our business on a global scale.

Being an innovative British business and world-leading advanced manufacturer is one of the key reasons why our clients buy from us. We pride ourselves on our ability to work across every marketplace and our constant focus on solving clients’ waste management problems means that we are unrestricted by geography.

The caliber of businesses that were represented at these awards demonstrates the quality of the competition, whilst illustrating the strength of entrepreneurship in Merseyside and the national manufacturing sector as a whole. It was a real honor to receive these two accolades and recognize our entire team’s success, as without them, our reach wouldn’t stretch as far, nor be as impactful.”

Inciner8 is also a triple Queen’s Award for Enterprise holder, being recognized for both its International Trade and Innovation success.