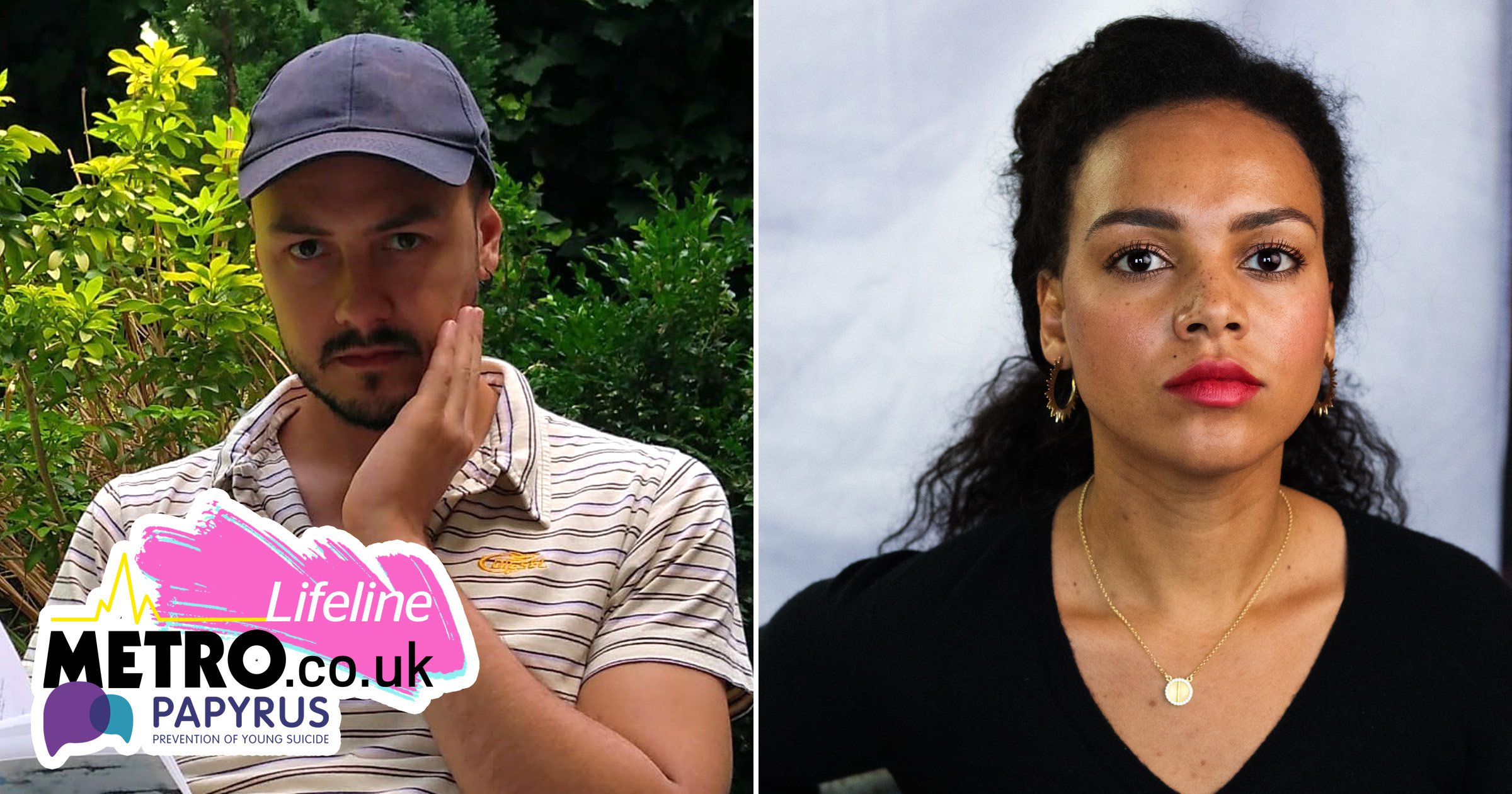 It was a quiet day in January when actor Cat White got a WhatsApp message that irrevocably changed her life.

It was a message sent to a group of friends that was so shocking, and so unbelievable that Cat, 27, felt her body go physically ‘numb’ upon reading it.

The news was that one of her close friends from drama school, Simon, had taken his life – causing her to experience a visceral emotional response.

‘I can recall all the tiny details of that day,’ she tells Metro.co.uk. ‘I remember being so aware of my exact surroundings when that message came through. I know the exact time – it was just gone 11am. For the longest time I couldn’t take it in. I was in this weird, numb limbo.

‘At some point, I just really broke down. It was such, such a shock. There are no words for how I felt.’

Like many people, Simon had not been open about his mental health struggles, says Cat, instead he disguised his troubles with humour and warmth.

‘We met at drama school,’ she explains. ‘He was definitely the joker of the class. Simon was the funny one, he would always be in the corner making sarcastic comments. He was an incredible musician and artist.

‘But he was a really gentle soul, so sensitive and someone you could go to if you had anything you needed to talk about. It felt like he would always listen and really care about what he had to say.’

While Cat regularly spoke to Simon through phone calls, WhatsApp and Zoom, she last saw him in person in December 2019, a year and a month before he took his own life in January last year.

‘I think a lot of us in our friendship group kept jumping back to when we last spoke to him,’ Cat recalls. ‘We were asking ourselves whether we had checked in enough. But then I’d also say he wasn’t someone that never felt or seemed unwell.’

Remembering how she felt in the aftermath of her friend’s death, Cat says, ‘At first, I couldn’t feel like I could even breathe. I just couldn’t do anything.

‘I didn’t know how to talk to someone about it or how to handle it. My family were so worried about me and everyone wanted to make sure I was okay, and I just couldn’t find the words. The loss seemed to be beyond all comprehension.

‘I didn’t want to be alive anymore after hearing about Simon’s suicide. I later found out that the highest statistics from people who take their own life is someone who lost someone to suicide – which is so shocking in a way because you’d think someone would never do that knowing how much it hurts everyone you left behind. But I totally get it, because it puts everything in perspective.

‘You’re so young, you think how can someone with everything to live for not want to be here anymore? It makes you think about your own life in that way.’

Cat explains that she and her friendship group also struggled to express their grief to one another adequately.