It can be easy to fall into the trap of seeing the world through a shroud. And, in doing so, become blind to the truths hiding in plain sight. As an Age report reveals, the health of Australians is profoundly better now than at any time in the nation’s history. However, the incremental nature of the changes in wellbeing means they can go unnoticed. It is only from taking the long view, as reporter Craig Butt has done in going back to 1919, that it can be appreciated just how far we have come. 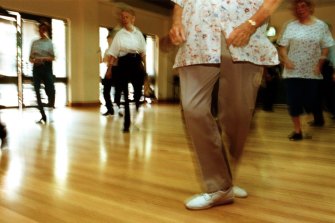 Australians can now reasonably expect to live into their 80s.Credit:Tanya Lake

One of the most obvious differences is how soon death entered into lives, and how now it has been pushed back. A girl born in 1919 could be expected to live, on average, to 63, a boy to only 59. In 2019, these ages are considered if not young then too soon to be taken. Australians now can reasonably expect to live into their 80s.

The other side of the coin is the fall in mortality rates of infants. In 1919, almost 12,000 children died before they turned five, and more than 550 women died in childbirth. The ratio now is a fraction of that. The progress in medical care and science has prolonged life.

The view of the man and woman of a century ago was necessarily informed by the expectation of what was possible; the shocks to which the flesh was heir was a natural passage. One such example is the flu. While 217,000 Australians have been diagnosed with the flu this year, only 430 have died. In 1919, the Spanish flu is estimated to have killed more than 15,000 Australians, out of a population of 5.3 million.

But a consequence of living longer is the rise of challenges associated with ageing. Dementia, for instance, is now the second-leading cause of death. According to the National Centre for Social and Economic Modelling, three in 10 people over 85 have dementia and almost one in 10 people over 65.
Of course, an obvious factor in this greater longevity has been the absence of global conflagration.

In 1919, the world was coming out of the tragically ironic “War to End All Wars”. Australia lost 60,000 lives in the space of four years – one in 20 of the population. Australia’s military toll from foreign deployments now is but a mere handful. After World War I came the plunge into World War II, in which more than 50 million people died, including 39,000 Australians.

It is human nature to take for granted that which is now the norm, and perception often does not reflect reality. Harvard University psychology professor Steven Pinker says people tend not to appreciate progress. “We are 89 per cent less likely to be killed by an act of God, such as a drought, flood, wildfire, storm, volcano, landslide, earthquake or meteor strike, presumably not because God has become less angry with us but because of improvements in the resilience of our infrastructure.”

Richard Juckes, head of the Australian Institute of Health and Welfare’s health group, says people are much more drawn to bad news stories than good stories. The media is prone to feed that response. As Pinker reflects: “The papers could have run the headline, ‘137,000 people escaped from extreme poverty yesterday’ every day for the last 25 years”.

Australia’s arc towards a better life bends around the globe. As Pinker says, the cataclysmic waves of violence through history are declining. Rates of poverty have decreased, and humankind’s ability and capacity to help others has increased. The man and woman of 1919 could have barely imagined it. Life is good.