Lung cancer symptoms – does your voice sound like this? The change when you speak

Lung cancer is one of the most serious types of cancer to be diagnosed, as it’s usually difficult to spot until it has spread to other parts of the body. You could be at risk of the disease if you develop an unexplained change to your voice, it’s been revealed.

Lung cancer is one of the most common cancers to be diagnosed in the UK, warned the NHS.

Around 45,000 people are diagnosed with lung cancer in the UK every year.

Signs of the disease only tend to reveal themselves once the cancer has spread through the lungs.

You could be at risk of lung cancer if there’s an abnormal change to your voice. 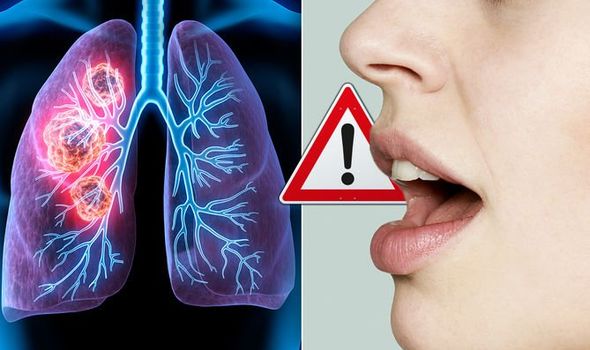 Some patients find that their voice sounds weaker, or more raspy than usual.

That’s because one of the key warning signs of lung cancer is hoarseness.

If the tumour involves the laryngeal nerve, it can directly affect the vocal cords.

The vocal cords usually produce sound by vibrating, but the vibrations will be limited if the cancer is impacting them.

“Symptoms of lung cancer vary depending on whether the disease is in its early or late stages,” said medical website Healthline.

“When lung cancer involves the laryngeal nerve, it can affect your vocal cords and may cause a change or hoarseness in your voice.

“Hoarseness is a common symptom of many conditions, most commonly laryngitis. If your hoarseness lasts for two or more weeks, see your doctor.” 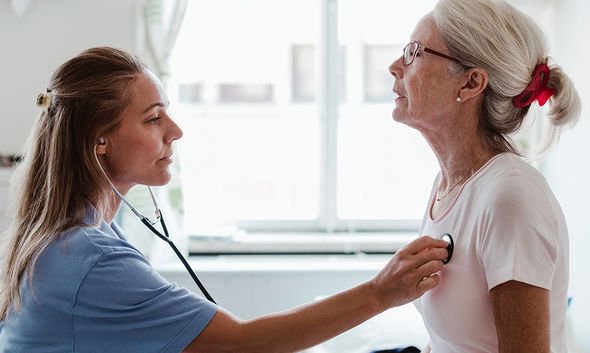 Meanwhile, you could also be at risk of lung cancer if you develop an unexplained yellowing of the eyes.

The symptom is known as jaundice, which may also cause the skin to turn a yellowish colour too.

Jaundice is a common symptom of advanced lung cancer patients.

It’s usually a sign that the cancer has spread from the lungs to other parts of the body.

The outlook for lung cancer isn’t as good as other types of cancer.

That’s because the symptoms are usually only spotted in its later stages.

About one in three patients live for at least a year after their diagnosis, while one in 20 live for another 10 years.

Around 45,000 people are diagnosed with lung cancer in the UK every year.