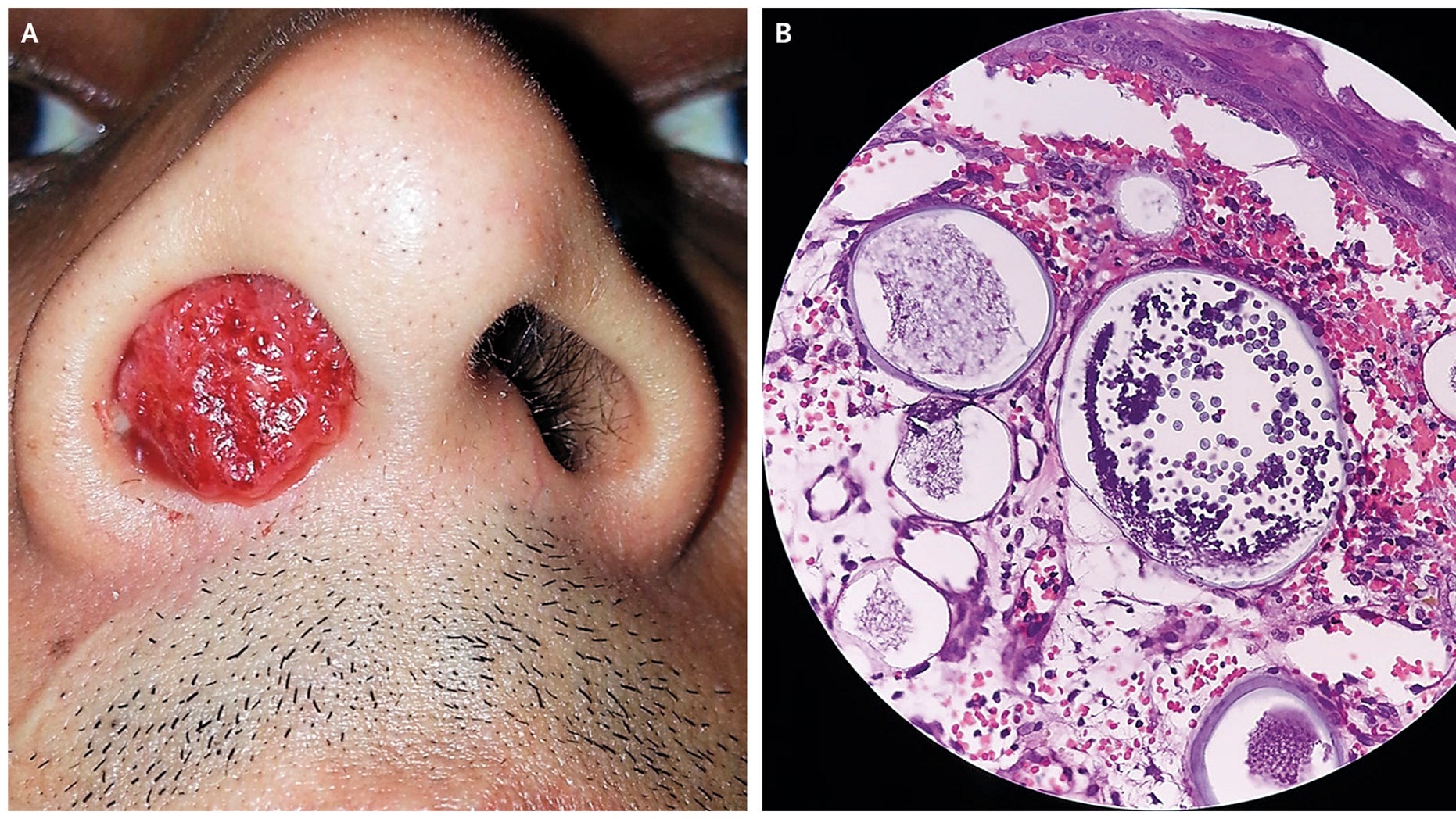 The man, who was not identified in the case report, said he had been bathing in a local pond.
(New England Journal of Medicine 2019)

Talk about a stuffy nose.

A 27-year-old patient who sought help for a bloody polyp that had been growing in his right nostril landed in a medical journal after doctors determined that that the large blockage was actually a type of parasite.

The patient, who was not identified by doctors in the New England Journal of Medicine case report, had reported bathing frequently in a local pond, although it is not clear what part of the world he lives in. According to the report, doctors removed the mass, which had been growing for three months, and burned the skin to prevent further bleeding.

They diagnosed the patient with rhinosporidiosis, which is caused by an aquatic parasite called Rhinosporidium seeberi. Cases of rhinosporidiosis are typically reported in India and Sri Lanka, although it has been reported in parts of Africa and South America, according to the report’s authors. Patients typically experience growths in the eyes, nose, rectum or genitalia.

While the doctors initially removed the mass, the patient experienced recurrence in his nose eight months later, and had to have it removed again.