Many Gaps Identified in World Attainment of Diabetes Targets 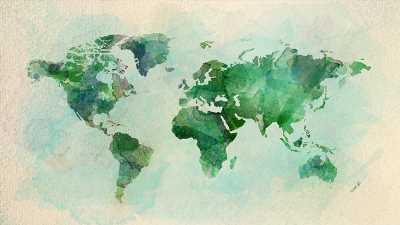 These targets were set earlier this year at its 75th World Health Assembly, the first-ever global targets as part of recommendations to strengthen and monitor diabetes responses within national noncommunicable disease programs.

But now new baseline data for the first four of those targets, presented December 6 at the International Diabetes Federation 2022 Congress by David Flood, MD, suggest there is much work to be done.

Proportions achieving those goals range from just over a third for statin use to just under two thirds for glycemic control. However, goal achievement varies widely by country and region, with a few already achieving one or more of the targets except for blood pressure.

And surprisingly, some of the lower-income countries surpassed higher-income ones in achievement of the glycemic target, although this may have resulted from sampling bias.

“Gaps are wide and varied in achievement of targets. Substantial progress must be made in many countries and world regions to attain WHO-recommended population diabetes targets by 2030,” said Flood, of the Department of Internal Medicine at the University of Michigan, Ann Arbor, and associate investigator at the Institute of Nutrition of Central American and Panama in Guatemala.

Asked to comment, session moderator Carlene Radix, MD, head of the Human and Social Division at the Organization of Eastern Caribbean States, Castries, Saint Lucia, called the presentation “a very informative piece because it really looked across the globe and at the WHO targets, which gives us an idea of where we want to reach. It really showed some of the inequities between the lower and higher income countries. I think it was a good landscape of where we are, and a good reminder of the need to get to the targets that have been set.”

The data come from a cross-sectional analysis of 80 nationally representative health surveys conducted between 2010 and 2020 from 14 low-, 28 lower-middle-, 27 upper-middle-, and 11 high-income countries. The sample included 586,465 total nonpregnant adults aged 30-69 years. Of those, 39,792 had diabetes defined by self-reported use of glucose-lowering medication or biochemical evidence of diabetes. All of the surveys included blood testing for fasting glucose or A1c.

Across countries, the median attainment of awareness of having diabetes was 45.6%. Among those with diagnosed diabetes, median attainment was 55.2% for the glycemic goal and 57.0% for blood pressure, in contrast to just 11.2% for statin use.

In a pooled analysis of the 2.4 billion adults aged 30-69 years represented by the survey respondents, the proportion of the population with diabetes attaining each of the four targets was 48.9%, 60.2%, 57.4%, and 38.3% for glycemia, blood pressure, and statin use, respectively.

The A1c data were somewhat unexpected. The low-income and upper-middle income countries had the highest rates of target achievement, at about 65% each, compared with lower rates in the lower-middle and high-income countries, 45% and 60%, respectively.

“In general, the countries at higher income levels have higher target achievements but that’s not always the case…That may relate to who’s being diagnosed,” Flood said.

Regarding the A1c finding, he told Medscape Medical News: “My hypothesis is that who is being diagnosed differs across countries and influences glycemic control estimates, especially since the population distribution of A1c differs greatly across countries. But I am not confident about why we are seeing these findings.”

“Most researchers think that the sickest people are being diagnosed in lower-income countries, but I think we need more data to understand diagnoses better across the population. There could be other factors within each country or income group that predict who gets diagnosed, [such as] education, wealth, and urbanicity, even more strongly than disease severity.”

He said the overall takeaway message is: “The diabetes burden is increasing in all countries around the world. We have clinical and policy tools to dramatically reduce this burden. The time is now to implement evidence-based care to help people with diabetes so they can thrive.”

Asked whether she believed the targets would be met, Radix told Medscape Medical News, “I think we as human beings are capable of doing incredible things if that’s the priority. So, if this is a priority for us, I think we can meet the targets.” Asked whether it is a priority, she replied, “That remains the question for every country and region to face.”

Flood solicits funding for clinical diabetes programs as volunteer staff physician at Maya Health, a nongovernmental organization in Guatemala, and has received career development funding from the National Institutes of Health. Radix has reported no relevant financial relationships.

Miriam E. Tucker is a freelance journalist based in the Washington, DC, area. She is a regular contributor to Medscape, with other work appearing in The Washington Post, NPR’s Shots blog, and Diabetes Forecast magazine. She is on Twitter: @MiriamETucker.