Melanoma risk not as obvious as some think 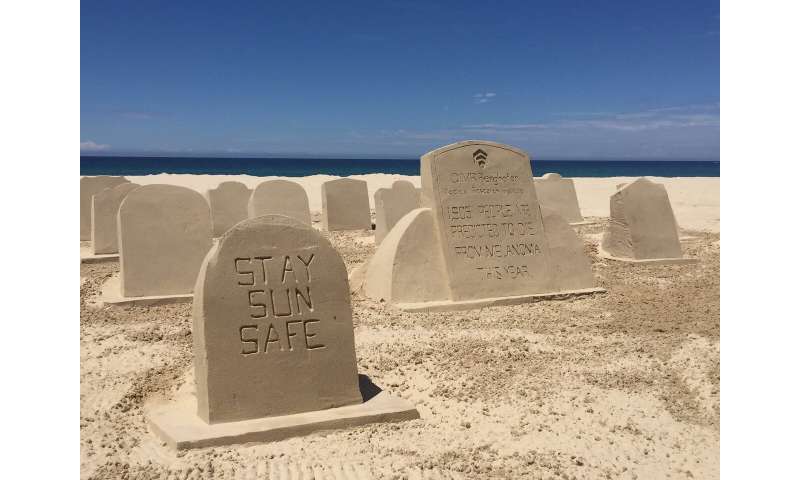 QIMR Berghofer research has found almost a quarter of the Queensland population underestimates their risk of developing potentially deadly melanomas—with those at highest risk also the worst at predicting their chances of getting the skin cancers.

The researchers examined data from nearly 42,000 Queenslanders who participated in the QIMR Berghofer-led QSkin study. The research findings have been published today in the Journal of Investigative Dermatology.

QIMR Berghofer Deputy Director and the head of the Institute’s Cancer Control Group, Professor David Whiteman, said his team asked participants to self-assess their risk of developing melanoma and compared their answers to the score generated by a QIMR Berghofer-developed risk prediction tool.

“Worryingly the people mostly likely to underestimate their risk level were people who have important risk factors—particularly men over the age of 65 with fair skin, of European ancestry, a sun sensitive skin type, and with many moles. We were surprised to find that this group was also more likely to be university educated and have a history of skin cancer removals and treatments. This suggests they would benefit from better counseling at the time of their first skin cancer diagnosis, to ensure they are made fully aware of their future risk of developing melanoma.”

The study participants filled out a survey where they estimated how likely they thought they were to get melanoma at some time in the future. Possible answers were “Highly unlikely,” “Somewhat unlikely,” “About the same as other Queenslanders,” “Somewhat more likely” and “Highly likely.”

The researchers then used a validated melanoma risk predictor tool to assess the participants’ predicted risk.

The risk predictor tool calculates a person’s chances of developing melanoma based on their age, sex, ethnicity, family history of melanoma, ability to tan, number of moles at age 21, number of skin lesions treated, hair color and sunscreen use. The tool classifies people into one of five risk levels compared to other people of the same age and sex: very much below average, below average, average, above average and very much above average.

“More than 28,500 people correctly identified their risk category, or were only one category away. The problem was with the almost 25 percent of people who weren’t close to knowing their risk level,” Associate Professor Olsen said.

“This research shows that we aren’t always well equipped to know our risks, and that we should use the proven tools available to keep ourselves safe.”