Missed Your Period? Here's What Your Body Is Trying to Tell You 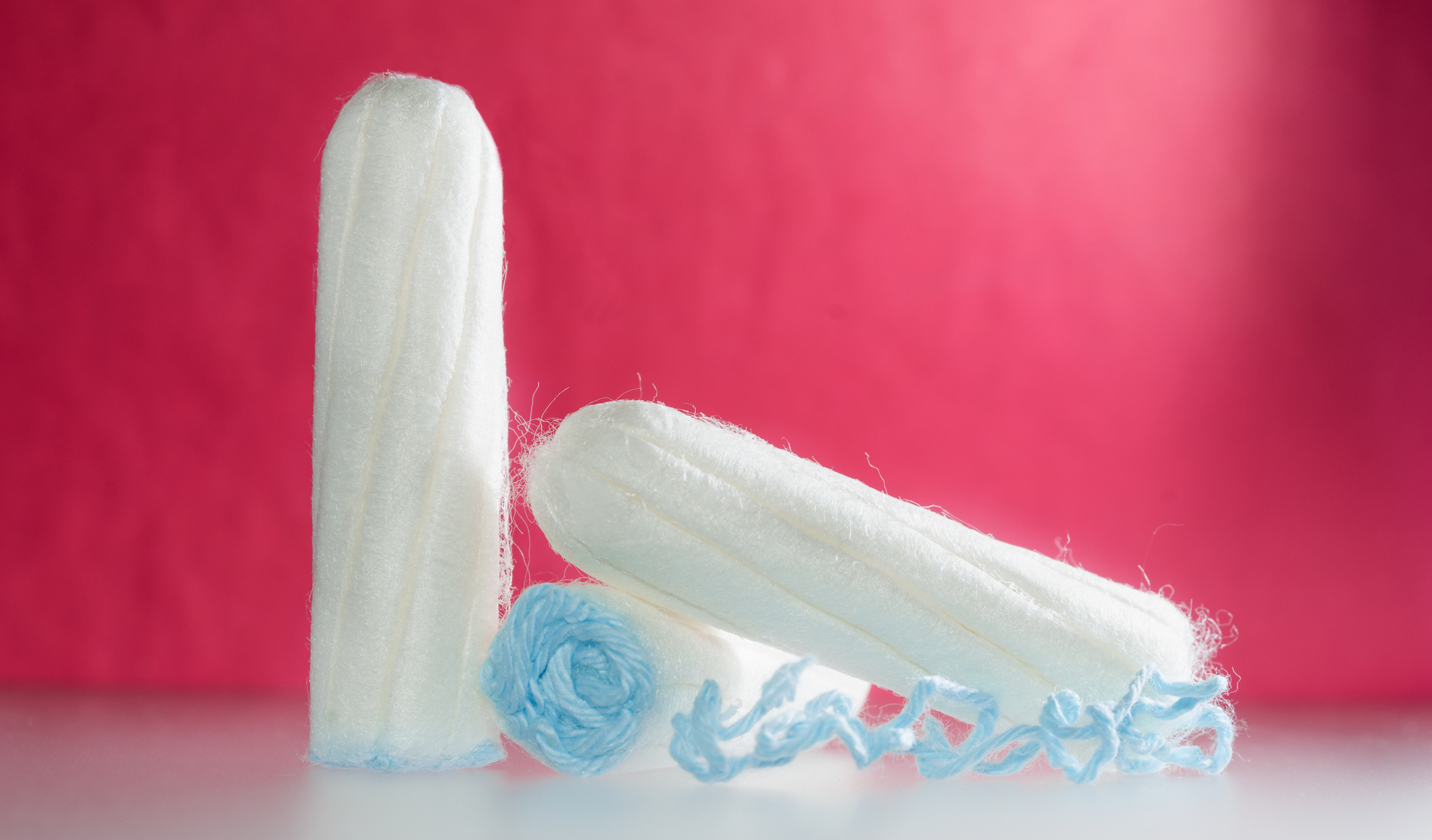 A missing period could spark a lot of anxiety. Whether or not you’re trying to get pregnant, noticing that your menstrual cycle has suddenly stopped raises a lot of questions, including why your period is late.

For people with periods, paying close attention to our cycles helps us stay in tune with what our body is trying to communicate. A missed period can be a signal that something else is going on with our body that we need to look into. It can be worth doing a mental self-check about any changes you’ve experienced lately and talking to a doctor about.

A normal period vs. an irregular period

“The monthly menstrual cycle typically occurs every 28 days, is controlled by various hormones and is a key function of the female body,” Dr. Sherry Ross, MD, OB-GYN and Women’s Health Expert at Providence Saint John’s Health Center in Santa Monica, California, tells SheKnows. “Your ‘period’ begins around 11 to 12 years of age, lasts 2 to 7 days and continues until your reach menopause, which occurs around 51 years old.”

Ross continues: “Ovulation is an important part of the menstrual cycle and occurs around Day 14, when an ovarian follicle produces an egg, which can be fertilized by sperm. The egg is only available to be fertilized for 24 hours before it disintegrates. Once you have ovulated, your period will occur, which is typically 14 days later.”

The amount of blood shed during a period varies from person to person. Some people who menstruate routinely have heavier periods (losing up to 12 teaspoons of blood each month) while others may experience a period that’s almost nonexistent (losing as little as four teaspoons of blood).

If you’ve been menstruating for a while, your body will get into a period flow, which is why an irregular period is usually defined as any type of bleeding that’s abnormal when compared to your last few menstrual cycles. It can include everything from a late period to early bleeding and scant bleeding to extremely heaving bleeding. For many individuals, this can even mean an absent period (amenorrhea) or two periods in one month (metrorrhagia). Two periods in one month, or a period every two weeks, are thought to be caused by an imbalance in estrogen and progesterone and may require a trip to the doctor since this can induce anemia.

And if you’re not prone to PMS, you can also consider a period irregular if you experience heavy cramping and bloating or headaches.

The many causes of irregular periods

Every person who menstruates will experience an irregular period from time to time, and though in most cases, they aren’t dangerous, it’s important to figure out what’s causing the irregularity. Here are a few common reasons you may be experiencing an abnormal flow.

Stress is the most common cause of irregular periods. Cortisol, the stress hormone, has a direct impact on how much estrogen and progesterone, two sex hormones, gets produced by the body. If you have too much cortisol in your bloodstream, the time and flow of your cycle could change.

Dr. Carolyn C. Thompson, a board-certified OB-GYN, explains to SheKnows that in order for a woman to have a normal menstrual cycle (in which she does not become pregnant), the hypothalamus in the brain must send hormonal signals to the pituitary gland, which must in turn signal the ovary, which then signals the uterus.

“Evolutionarily speaking, this makes sense — if a woman is under a great deal of stress, either physical or emotional, it is likely not an ideal time for a pregnancy, so the system shuts down,” Thompson adds.

Another common reason for a late or missing period is the food you eat and, more specifically, the weight you’re carrying. If you’re eating a diet that’s rich in unhealthy carbs or if you’ve gained weight, your body will produce varying levels of certain hormones, shifting when you ovulate.

The same goes for people who menstruate as they lose weight. “In order for a woman to maintain a regular cycle, her body fat percentage needs to be at least 17 to 22 percent. This is again related to the evolutionary idea that a state of starvation is not conducive to maintaining a healthy pregnancy, so, again, the system shuts down,” says Thompson.

Our bodies need energy to menstruate. If you’re burning too much of your energy in the gym, there will be nothing left for your body to use during that time of the month.

“The list of what causes irregular periods is longer than you think, but we know excessive exercising, sudden weight changes and being underweight can offset your hormone levels. One of these hormones is called leptin and is produced in fatty tissue. Excessive exercising and drastic weight changes can decrease the body fat, causing this and other hormones to drop, contributing to irregular periods,” says Ross.

It can take several months for your body to get used to the dose of hormones birth control pills deliver. On top of that, Ross explains that one of the side effects of a low-dose birth control pill is a light or nonexistent period.

For some, this is a welcomed side effect. When a menstruating person stops taking the pill, their periods may take one to three months to return to normal.

“The birth control pill doesn’t cause you to have amenorrhea,” Ross says. “It may be once you are off the pill you may find you have an underlying hormonal problem that was masked by taking the birth control pill. If this is the case, you should alert your health care provider.”

Affecting up to 5 million uterus-havers in the U.S., this condition causes cysts to form on the ovaries, interfering with regular ovulation. Other symptoms of the condition include hair growth, weight gain, dandruff and infertility.

While Thompson reminds us that PCOS is far more complicated than a missed period, she says that anovulation (absence of ovulation) is one of the hallmarks of the disorder. “If the egg is not released from the ovary, the progesterone withdrawal never occurs, so the uterine lining never sheds. The lining can build under the continuous influence of estrogen until it can no longer sustain itself, then a heavy and lengthy period can result,” she explains.

As with pregnancy, this time of life happens when hormone levels in the body begin to shift. Irregular periods can start as early as 10 years before menopause sets in (usually when a woman is in her late 40s or early 50s). According to Thompson, the reason menopause can cause irregular periods is quite simple: “Menopause is the cessation of ovulation — all of the eggs have been used up.” She adds, “As a woman approaches menopause, ovulation becomes sporadic, so the period can be sporadic as well.”

If you were recently sick and had to take prescription or over-the-counter medication, your period may show up a day or two late. That’s largely because most medications interfere with the way your body produces estrogen and progesterone.

Ross agrees, saying, “There are many medications that can affect your menstrual cycle. They include aspirin, Coumadin, ibuprofen and naproxen, birth control pills, Depo-Provera, Nexplanon or Implanon, Mirena IUD and thyroid medication.”

“Pregnancy obviously stops the menstrual period; a period occurs when a prepared endometrium — uterine lining — fails to implant a fertilized egg. There is no such thing as a woman continuing to have periods during a pregnancy. Bleeding in pregnancy is never normal and usually needs to be investigated,” Thompson explains. If there’s a chance you may be pregnant, speak with your doctor.

“Unfortunately, not having a period is not how our bodies are meant to function from a hormonal perspective. When you get a period each month, this suggests your hormones are balanced,” says Ross. “There is something magical when your body is in sync hormonally. When your periods are monthly, a lot of women feel more emotionally and physically balanced.”

If you are not getting your period for more than six months, Ross advises, it’s important you visit your health care provider for a general workup. If you are having irregular periods, there are treatment options available for you. Hormonal options, such as the birth control pill or progesterone, are typically used to regulate and balance out your periods, she says. She also suggests trying acupressure or a homeopathic alternative to try to regulate your menstrual cycle, but hormones tend to work best.”

And as the rule goes with most health concerns, if something doesn’t feel right, don’t hesitate to ask your doctor for help. Ross says, “Always better safe than sorry, especially with irregular periods.”

A version of this article was originally published in October 2014.