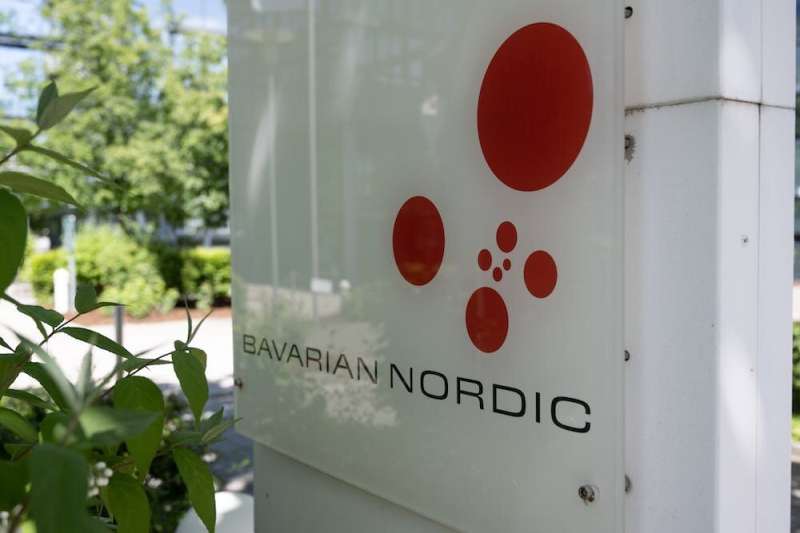 Inequitable access to COVID-19 vaccines has turned out to be the catastrophic moral failure the World Health Organization’s director-general warned about at the beginning of 2021.

International efforts to equitably distribute COVID-19 vaccine doses failed miserably during 2020-2021, when wealthy countries bought up the bulk of the global supply, leaving insufficient doses for countries that couldn’t afford to buy vaccines on the private market. This resulted in hundreds of thousands of unnecessary deaths in low-income countries.

Even today, with more than 12.5 billion doses now administered around the world, only around one in five people in low income countries have yet received a dose of a COVID-19 vaccine. And because the underlying problems of equitable distribution of previous vaccines haven’t been solved, inequitable access to monkeypox vaccines is set to be the next global disgrace.

Already we’re seeing the same patterns emerge: vaccine nationalism, as wealthy countries hoard the limited doses available, and exclusive rights to make medical products that are carefully protected by pharmaceutical companies in the West, while poor countries go without access to both the existing supply or the means to make their own.

If we don’t reverse these trends, it will be very difficult to bring the monkeypox epidemic under control globally, and poor countries will once again bear the brunt of the health and economic effects.

Monkeypox or MPX: A public health emergency that calls for global solidarity

Monkeypox does not present the same level of threat as COVID-19, but it is still a major public health problem, with more than 44,000 cases reported in at least 99 countries since the beginning of 2022.

So far, most cases in 2022 have been in men who have sex with men, but anyone can get monkeypox. Some population groups, including young children, pregnant women and those with compromised immune systems are at greater risk of severe disease.

To reduce the risk of stigma associated with the term monkeypox, the World Health Organization is planning to change its name. A new name has not yet been announced, but many community organizations have started using MPX or similar terms.

The 2022 outbreak is the first time there has been sustained transmission of MPX outside of Africa. The seriousness of the situation is reflected in the WHO’s decision to declare it a public health emergency of international concern (PHEIC) on July 23.

The global pattern of MPX cases and deaths

During the 2022 outbreak, the overwhelming majority of MPX cases have been reported in the Americas and Europe, accounting for over 62% and almost 37% of cases respectively in the last four weeks. Almost 89% of cases have been reported in the United States, Spain, Brazil, Germany, the United Kingdom, France, Peru, Canada, the Netherlands and Portugal. Currently, new infections appear to be declining in Europe, but continuing to rise quickly in the United States.

Human cases of MPX have been reported in central and west Africa since 1970, but in 2022, there have been only 350 confirmed cases in these regions reported to WHO, representing 1% of global cases. However, Africa is over-represented when it comes to deaths. Six of the 13 deaths reported to WHO in the current outbreak (46%) have occurred in West and Central Africa.

During the first two years of the COVID-19 pandemic, thousands of MPX cases and hundreds of deaths occurred in Africa, according to the Africa Centers for Disease Control and Prevention (Africa CDC). But this situation drew little international attention, and the continent had no access to vaccines.

Vaccines for MPX are in short supply

Fortunately, there are several smallpox vaccines that can be used to prevent MPX.

The preferred vaccine is Modified Vaccinia Ankara—Bavarian Nordic (MVA-BN), a third-generation vaccine that has fewer side effects than older vaccines and can be safely administered to immunocompromised people and pregnant women. Two doses are needed to provide sufficient protection.

One company in Denmark, Bavarian Nordic, is the only supplier of MVA-BN. Its factory has reportedly been closed for months due to a planned expansion, and is not expected to be able to produce new doses until 2023.

According to the WHO, there are approximately 16 million existing doses of MVA-BN. Most of these are in bulk form rather than ready for use.

It’s currently unclear exactly how many doses will be needed to bring the outbreak under control, but 16 million doses may not be enough, especially if they are unequally distributed rather than available to the most high-risk groups in each country.

Most of the 16 million or so vaccine doses are either owned by or contracted to the United States, which funded some aspects of the vaccine’s development. Millions of doses made from the bulk vaccine will be “filled and finished” at facilities owned by the U.S. government or by U.S.-based companies.

Other wealthy countries have raced to secure doses from the remaining supply. The European Commission announced it had secured approximately 109 million doses from Bavarian Nordic in June 2022 and a further 54,000 doses in July.

The U.K. has also secured more than 100,000 doses, and Canada has also reportedly signed a multi-million dollar contract for a supply of the vaccine.

On August 4, Health Minister Mark Butler announced that Australia had ordered 450,000 Jynneos doses, of which 22,000 would arrive the same week and the remainder over 2022–2023.

While WHO has asked countries that have doses to share them, there is no sign this is happening to date.

It seems no African country has yet received a single dose. While the Africa CDC is attempting to negotiate access to the vaccine, news reports suggest there are no doses left to purchase from the private sector.

Bavarian Nordic recently announced it had entered an agreement with the Pan American Health Organization to provide access to the MVA-BN vaccine for Latin America and the Caribbean. Details of this agreement, including the number of doses and the recipient countries, are not yet publicly available.

Currently, Bavarian Nordic essentially controls the global supply of a vaccine desperately needed by at least 99 countries. While it can’t make the vaccine itself right now due to its factory redevelopment, it can still prevent others from manufacturing the vaccine because of intellectual property rights underpinned by the World Trade Organization’s Agreement on Trade-Related Aspects of Intellectual Property Rights (TRIPS).

Attempts to negotiate a temporary waiver of TRIPS rules for COVID-19 vaccines did not produce a meaningful outcome, and a waiver limited to COVID-19 would not have helped to make vaccines available for other diseases like MPX.

As a global community, we need to do better

If the same mistakes are made in the global response to MPX as were made with COVID-19, it is unlikely the outbreak will be quickly controlled. The virus could become established in animal reservoirs and become endemic in many more countries.