Mother, 21, whose baby’s eczema was so severe she worried strangers would think she was abusing him claims he was ‘healed’ in just two days thanks to a £16.95 ‘miracle’ cream

A mother has revealed how her baby’s severe eczema healed in just two days thanks to a ‘miracle’ cream.

Paige McGifford’s son Archie developed red, cracked skin on his back, elbows, knees and face when he was just three months old.

The severity of her son’s condition made Mrs McGifford reluctant to leave the house with him out of fear strangers would assume his bleeding skin was due to abuse.

Doctors dismissed Archie’s symptoms as just ‘dry skin’ and said he would ‘grow out of it’, but prescribed a steroid cream nonetheless.

With Archie, now seven months, still in pain, Mrs McGifford, 21, of Tidworth in Wiltshire, took it upon herself to relieve his suffering.

After trying various high street options, a friend recommended she give the Baby Kingdom Collection skincare range a go.

Mrs McGifford, who works in a nursery, bought a £16.95 cream and was ‘amazed’ at the ‘incredible’ results. 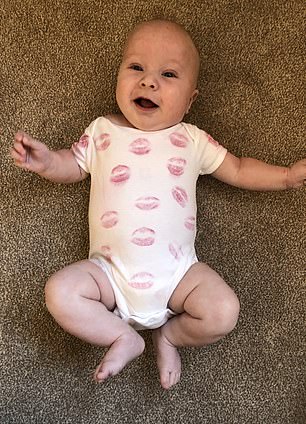 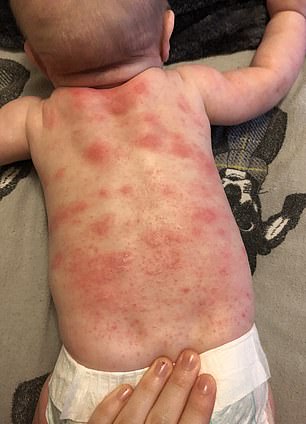 Archie McGifford’s severe eczema was healed in just two days thanks to a ‘miracle’ cream. The then three-month-old is pictured right with red, cracked skin on his back and left after his mother Paige started using the Baby Kingdom Collection’s £16.95 body cream 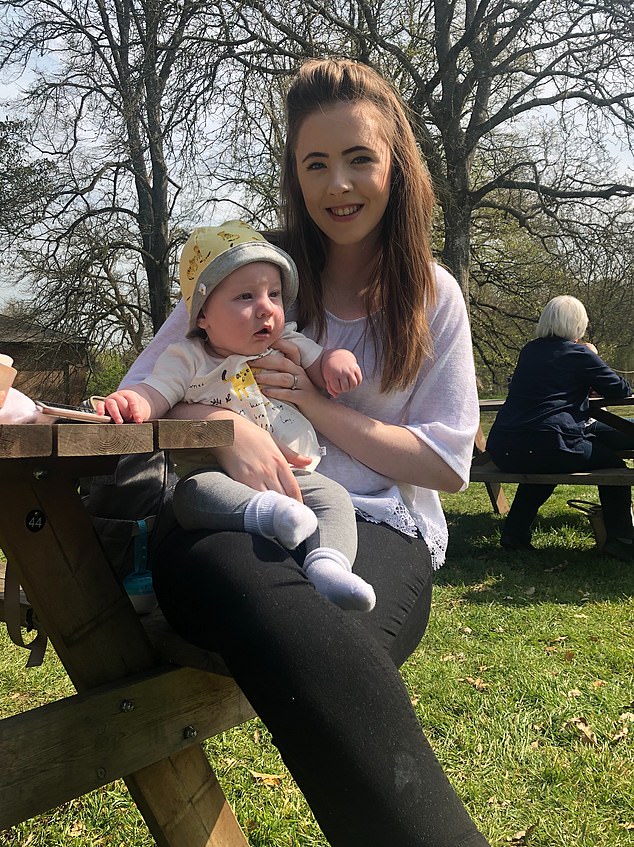 Speaking of her son’s symptoms, Mrs McGifford said: ‘The doctors just said it was just dry skin and all babies get it.

‘I was shocked because there was no way Archie’s condition could be described as “just dry skin”.

‘His skin, especially on his back, was just awful, and his sheets would be constantly stained with blood every time he slept.

‘They said not to worry about it and that he would grow out of it.’

In the meantime, the medics prescribed a steroid cream and recommended she bathe him less. Two weeks later, Archie’s skin had not improved.

‘His skin was so bad I didn’t want to take him out in case people thought I was harming him because he was constantly scratching and making himself bleed,’ Mrs McGifford said.

‘As a mother, it was so upsetting seeing my baby in such a state.’

A friend then recommended she try Baby Kingdom Collection after coming across the brand on Instagram. 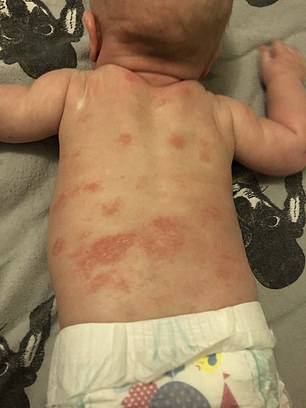 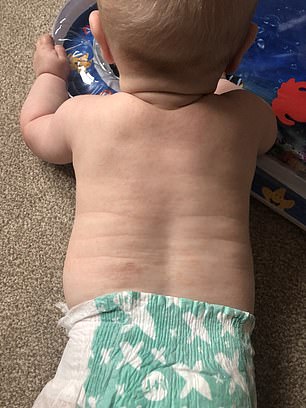 Archie’s dry skin (left) would become so cracked, blood would cover his bed sheets. His now clear skin is pictured right after his mother started applying the ‘amazing’ cream 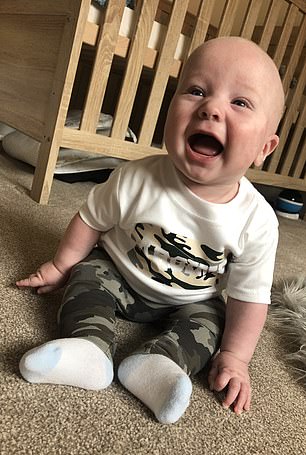 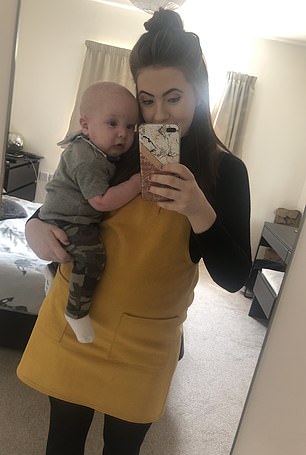 Mrs McGifford claims her son is back to being ‘a happy, healthy baby’ (seen left). The nursery worker (pictured right with Archie) turned to high street brands after doctors dismissed his eczema as ‘just dry skin’ and gave him steroid creams, which did nothing to help

Eczema is an inflammatory condition of the skin that leads to redness, blistering, oozing, scaling and thickening.

It usually appears in the first few months of life and affects around 10 per cent of babies.

Eczema’s cause is not fully understood but it is thought to be brought on by the skin’s barrier to the outside world not working properly, which allows irritants and allergy-inducing substances to enter.

It may be genetic due to the condition often running in families.

As well as their skin being affected, sufferers may experience insomnia and irritability.

Many factors can make eczema worse. These may include:

There is no cure for eczema, however, 70 per cent of childhood sufferers no longer have the condition in their teens.

Patients should avoid known triggers for flare ups and use emollients.

Mrs McGifford bought the body cream but was not holding out much hope it would work.

‘I wasn’t sure if it would work but I thought I’d give it a go and, what I can I say now is, what amazing results,’ she said.

‘At best, I thought it may take a few weeks to have an effect, but the Baby Kingdom cream cleared it up in just two days which was just incredible and such a relief.

‘I only wish I had found out about it earlier.

‘We call it Archie’s miracle cream, which we now buy in bulk.’

Mrs McGifford is speaking out to encourage other parents to trust their instincts if they sense something is wrong with their child.

‘I’m not knocking doctors but you know your own baby and you know when something is not right, and sometimes you have to try and find the solution yourself,’ she said.

‘Thanks to the power of social media really, my friend found out about Baby Kingdom and thanks to them our little Archie is a happy, healthy baby again.’

Speaking of the brand, Dr Firas Al-Niaimi, group medical director at sk:n, previously told MailOnline: ‘Some of the ingredients are emollients and help with hydrating the skin and optimising the skin barrier, which is essential in eczema.

‘Some others such as aloe vera and Panthenol have mild anti-inflammatory effects, which, together with the hydrating effects can explain the improvement in eczema.’ 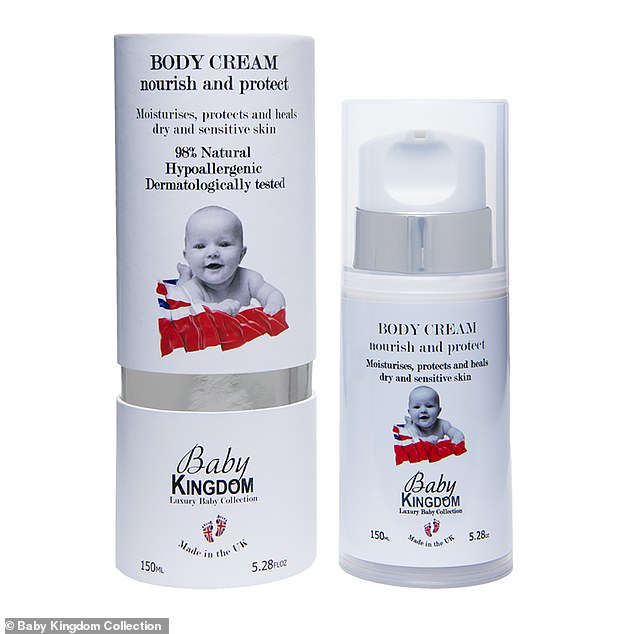