Mouse study: A neural circuit for the suppression of feeding under persistent pain 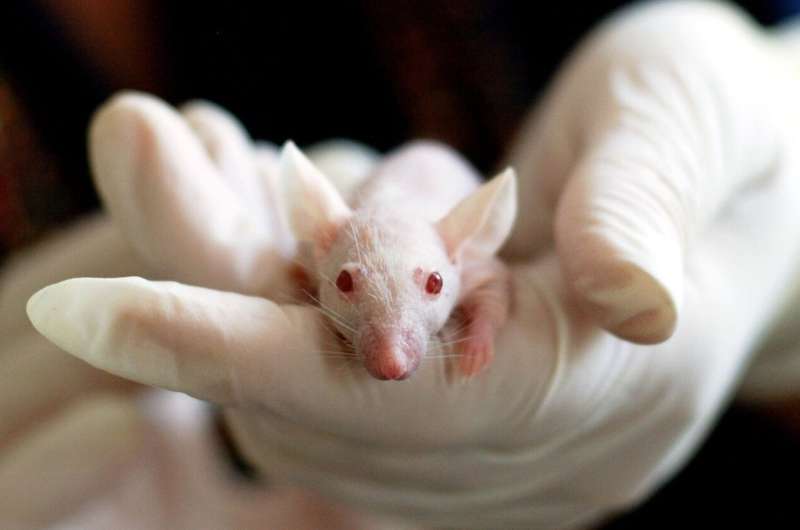 A team of researchers from the University of Science and Technology of China and The Second Affiliated Hospital of Anhui Medical University, has uncovered the neural circuitry involved in reduced eating in mice experiencing pain. The researchers describe their study in the journal Nature Metabolism,.

Prior research and anecdotal evidence have shown that people tend to eat less when experiencing pain. Prior research has shown that this is also the case with many animals, such as mice. In this new effort, the researchers wondered what happens in the brain to decrease appetite while a mouse is experiencing pain. To find out, they used chemicals and nose poking to induce pain in test mice and then used immunofluorescence staining to determine which parts of the brain were being impacted.

The work involved first poking the noses of mice with sharp objects to induce pain and then measuring their behavior patterns. The researchers found the mice became much less active and ate less. Next, they injected a type of bacteria that is known to cause pain into the mice. They then tested their appetites and found the mice were much less willing to eat.

The researchers then conducted immunofluorescence staining in the mice with the bacteria to visualize the part of the mouse brain known to process pain—the anterior cingulate cortex. They found it lit up as expected. They then injected chemicals that slowed processing in the anterior cingulate cortex and found it led to an increase in appetite despite continued pain.

The researchers then tried injecting chemicals into the brains of the test mice to learn more about the signaling to and from the anterior cingulate cortex during bouts of pain. They found signals leading to lateral hypothalamic areas, the parts of the brain involved in regulating hunger. The researchers then used chemicals to stop the signaling and found that it led to improvements in appetite despite continued pain. Interestingly, they also found that manipulating such signaling even when the mice were not in pain led to reductions in appetite.

The researchers suggest their work could contribute to development of new therapies to reduce pain in humans, and perhaps to appetite suppressants, as well.