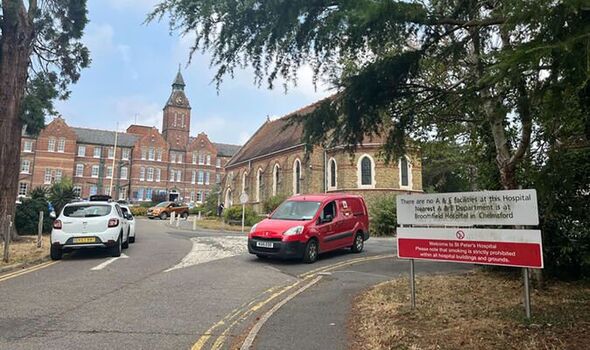 The Mid and South Essex NHS Foundation Trust, which runs St Peter’s Hospital in Maldon, said the closure was down to staffing levels at the unit. While there will be no specialist post-natal care during the closure, the hospital will continue to offer a home birth service.

The closure came into effect on August 15.

They say they are committed to reopening the unit “as soon as it is safe to do so” and will review the temporary closure every two weeks, reports Essex Live.

In the long run, the trust is trying to recruit more midwives to help ease the pressure on the NHS, but in the short term, they are concentrating on areas of need.

Expectant mothers will have the choice between having a home birth or travelling to Broomfield Hospital in Chelmsford, where they can give birth at the midwifery-led unit.

Mike Tindall on the 'best things' about home births

A statement from the Trust said: “We have a recruitment campaign underway to attract more midwives to the Trust, but in the short term we will need to make sure that our staffing is concentrated in the right areas.

“For that reason, we have made the difficult decision to temporarily suspend our labour and birth activity at the midwifery-led birthing unit at St Peter’s Hospital in Maldon.

“We are committed to giving women and birthing people choice of place of birth.

“The parents who were planning to birth at St Peter’s will still have the option to birth at the midwifery-led unit at Broomfield Hospital or they could decide on a home birth.”

What the NHS says about home births

According to the NHS, while giving birth is generally safe wherever the mother chooses to have the baby, a home birth marginally increases the risk of major complications for the baby if it is the mother’s first time giving birth.

According to the NHS, for those having their second child, a planned home birth is as safe as giving birth in hospital or at a midwife-led unit. It does warn, however, that if something goes seriously wrong during labour at home, the outcome could be worse for mother or baby than if they were in a hospital with access to specialised care.

Parents plannig home births are supported by a midwife who will plan to be with them while they’re in labour. If they need any help or the labour is not progressing as well as it should, the midwife will make arrangements for them to go to hospital.