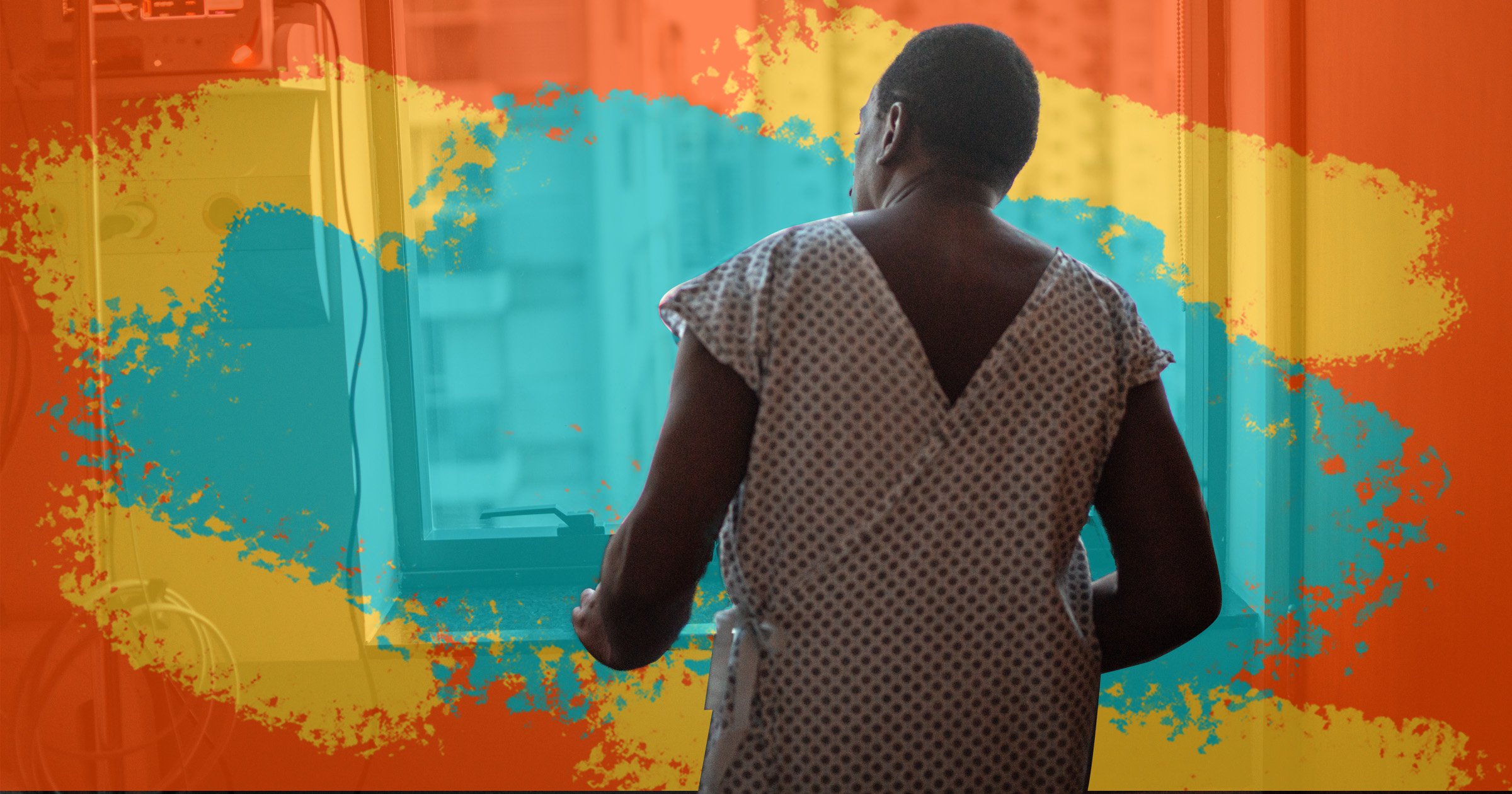 In August 2020, my dad died of kidney cancer. He was just 57 and had been in fantastic health.

The speed and ferocity with which the cancer robbed him of his strength, his vitality, his youthful energy, was shocking.

And I’m still reeling; still trying to get my head around what happened.

He died just nine months after diagnosis and the loss was a knife through the heart of my family.

My sister and I, and our mum, grapple with the grief every day. There is a hole blown through the centre of our worlds, and the pain is, at times, unbearable – even now.

Cancer destroys families, ruins lives, and shatters hearts into pieces every single day. So when I read a report showing some Black and Asian people in the UK wait up to six weeks longer for a cancer diagnosis than white people, my blood ran cold.

To think that race could have played a part in the outcome of my dad’s illness -that if he had been a white man, his cancer may have been found earlier; that we might have had more time with him – it makes me want to shout and scream and smash everything within reach.

The report in the Guardian revealed a ‘deeply concerning’ race divide on cancer patients’ wait times in England.

Analysis of 126,000 cancer cases over 10 years found the median time between a white person first presenting symptoms to a GP and being diagnosed is 55 days. For Asian people, it is 60 days. For Black people, it is 61 days.

A breakdown of the findings shows that wait times also vary depending on the type of cancer – and some of the discrepancies are striking.

To view this video please enable JavaScript, and consider upgrading to a webbrowser thatsupports HTML5video

The median diagnosis time for cancer of the stomach or oesophagus in white people is 53 days. For Asian people it is 100 days.

In myeloma, a type of blood cancer, the median wait time for white people is 93 days. For Black people, it is 127 days – again, more than a month longer.

My dad’s cancer was incredibly aggressive, and was picked up by chance during a routine checkup. There are no guarantees that finding it earlier would have resulted in his survival.

But the same can’t be said for everyone in his position.

A six week delay is an inordinate and potentially deadly amount of time when it comes to cancer. I have seen first-hand that speed and efficiency are crucial when treating this dreadful disease.

The more time doctors have to find out where it originated, if it has spread, and how it might respond to certain treatments, the better chance most patients will have.

Black and Asian cancer patients are being denied the chance to survive simply because of their race – that is disgusting.

And it is far from the only example of the impacts of systemic racism on cancer treatment and outcomes. Black women are far more likely to be diagnosed with late stage breast cancer – and to die from the disease – than white women.

It’s something Dawn Butler has drawn attention to in her Million Missed Mammograms campaign, where she is encouraging those who missed their screenings because of lockdown to get checked.

Dawn has consistently talked about how some Black women – including her sister – have felt their concerns dismissed by medical professionals.

After being diagnosed with breast cancer during a routine mammogram in November, Dawn Butler MP was grateful to find out it was caught early.

However, she learned that a million women missed out on their mammograms due to the pandemic, with an estimated 10,000 currently living with undetected breast cancer.

Determined to change that, Dawn has launched a campaign with Metro.co.uk to get a million women to book their missed screenings.

If you have been inspired to do so after hearing Dawn’s story, please let her know on her website, emailing us or using #FindTheMillion on social media.

A 2021 survey conducted by Black Women Rising UK found that 46% of Black women who were later diagnosed were told in their initial consultation that, despite having symptoms, their consultant did not believe they had cancer.

In March this year, Cancer Research UK analysts revealed that white people in England are more than twice as likely to get some types of cancer – including melanoma skin cancer, oesophageal, bladder and lung cancers – compared with people from Black, Asian or mixed ethnic backgrounds.

However, Black people are more than a third less likely to be diagnosed with cancer via screening than white people, and a 2017 Macmillan report found that cancer patients in London from all ethnic minority groups have poorer experiences than those who identify as white, on ‘nearly all dimensions of care’.

There are some cancers that disproportionately affect Black people – like Renal Medullary Carcinoma, a rare kidney cancer that is linked to sickle cell trait and is usually found in young Black men.

Nicola Casey lost her husband Ricky to the disease and set up her own charity to fight for better funding and treatments after finding that there were very few options and widespread ignorance about this condition within the NHS.

Another possible explanation for the race disparity in cancer outcomes is a lack of awareness among ethnic minority communities. Factors like stigma, shame, and language and cultural barriers might be preventing Black, Asian and ethnic minority people from attending screenings or going to see their GP when they first notice something is wrong.

The onus is also on the Government and the NHS to ensure that there is greater and more efficient community outreach to make sure their services are both visible and accessible to everyone, regardless of their background.

Watching someone you love die of cancer is one of the most agonising experiences you can go through.

The only thing that would make it worse is the knowledge that it didn’t have to happen, that your loved one could have had better odds of survival.

We can’t allow this deadly inequality to continue, we can’t allow Black and Asian cancer patients to keep slipping through the net.