Nearly half of U.S. teens who vape want to quit 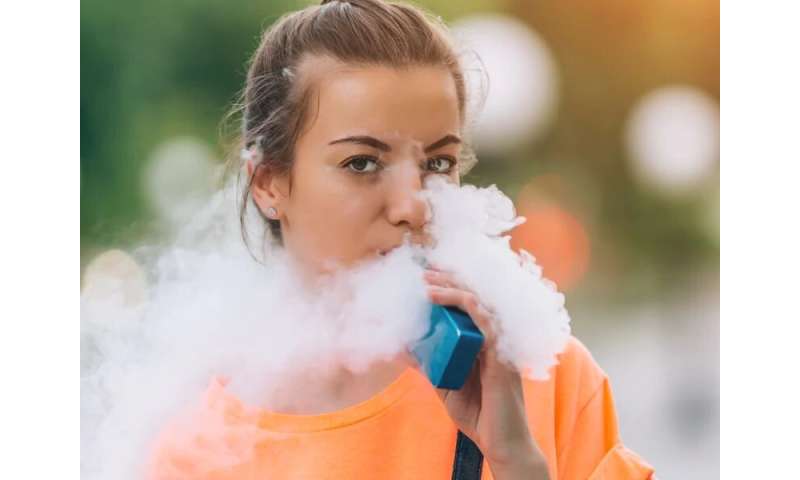 Addictive e-cigarettes have made inroads among American teens, and government campaigns to prevent vaping among the young are everywhere.

But a new survey suggests another focus: Helping teens already hooked on vaping to quit.

The survey of nearly 500 12- to 17-year-olds who vape found that almost half (44.5%) said they were “seriously thinking about quitting,” with one in four saying they’d tried to kick the vaping habit over the past year.

That suggests that “vaping cessation interventions are urgently needed” to help kids quit, said researchers led by Tracy Smith, of the Medical University of South Carolina, in Charleston.

Reporting Aug. 17 in JAMA Pediatrics, her team looked at 2016 to 2018 data on 498 youth who said they’d used an e-cigarette within the prior month.

Besides finding that many teens wanted to quit, the survey also showed that half of these would-be quitters wanted to attempt quitting within the next month, while 27% said they wanted to try to quit in the next six months to a year.

Smith’s group noted that one in every four high school students said they’d vaped within the past month in 2019, and close to one in eight said they vaped daily.

That gives added urgency for programs that help teens quit, said Patricia Folan, who directs the Center for Tobacco Control at Northwell Health in Great Neck, N.Y. Help is out there, said Folan, who wasn’t involved in the new research.

“Currently, many state quitlines offer counseling for combustible cigarette smoking as well as e-cigarette use, by phone or online,” she noted. “In addition, the Truth Initiative, a nonprofit national public health organization dedicated to eliminating tobacco use, has developed a text-based intervention called This is Quitting.”

Folan noted that the program “was created with input from teenagers, college students and young adults who have attempted to, or successfully, quit vaping. It is customized to specific age groups (13 to 17 and 18 to 24) to give appropriate quitting recommendations. The messages provide motivation, encouragement, tools for quitting, and coping strategies.”

Folan wondered if interest in quitting vaping might be even higher in 2020.