New monkeypox symptoms identified in 2022 outbreak: What to know 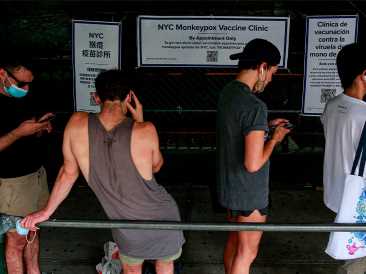 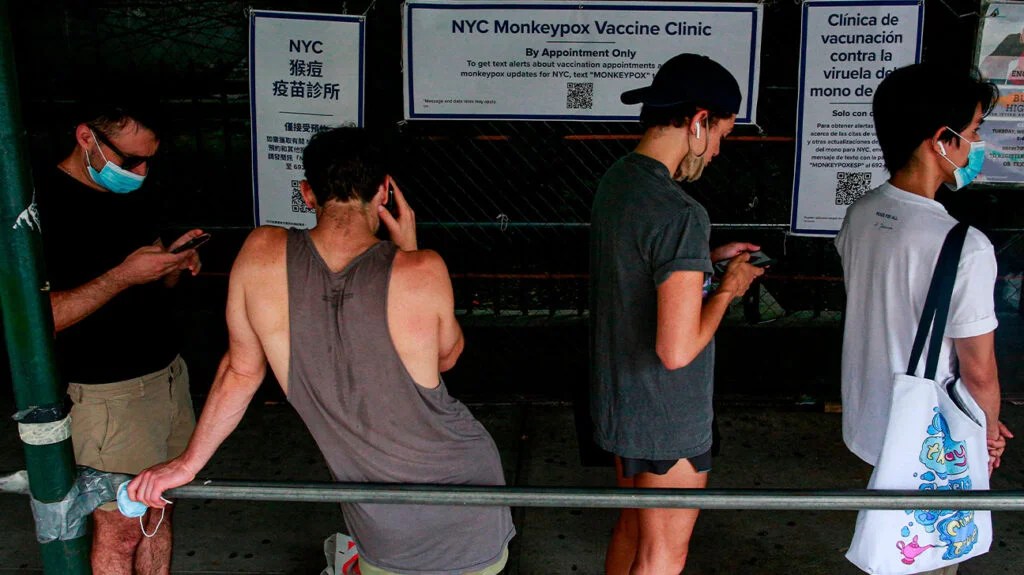 As of early August 2022, there are nearly 9,000 confirmed cases of monkeypox in the United States. As the number of cases continues to rise, the Biden administration declared monkeypox a public health emergency on August 4.

According to some preliminary data, several animal species can contract the virus. Animal-to-human transmission through handling and ingesting wild game animals is its primary transmission route in African outbreaks.

The virus can also spread between humans via close contact, respiratory droplets, and direct contact with skin lesions and scabs.

Classic symptoms of monkeypox include:

Tracking the spread of monkeypox and its symptoms is key for managing current and future outbreaks.

Recently, researchers observed the symptoms of monkeypox in the 2022 outbreak in the United Kingdom. They found that the virus led to several novel symptoms.

“Although monkeypox has been considered a ‘mild and self-limiting’ infection, it is important to recognize the physical and emotional pain and discomfort that it brings,” Aatish Patel, of Chelsea and Westminster NHS Foundation Trust, one of the authors of the study, told Medical News Today.

“Our study corroborates previous findings from this outbreak — the majority of patients, but not all, identify as GBMSM [gay, bisexual, men who have sex with men]. However, it is important not to stigmatize individual groups or populations. Monkeypox is an infection that is transmitted through any close contact, including sex, so it can, in theory, affect anyone.”

The study appears in the BMJ.

For the study, the researchers analyzed health records from 197 individuals who had tested positive for monkeypox. All of the individuals were men, identified as gay, bisexual, or other men who have sex with men, and their median age was 38 years old.

The researchers noted that, unlike other outbreaks, lesions were most typically found on the genitals, anus, or perianal area.

They further noted that 36% of patients reported rectal pain or pain on defecation, 16.8% a sore throat, and 15.7% penile edema, or fluid retention.

Altogether, 10.2% were admitted to the hospital for clinical reasons, including perianal or rectal pain, penile swelling, and perianal or groin abscesses.

The researchers noted that 75% had HIV coinfection of those admitted to hospital, and 15% were considered immunosuppressed either due to HIV or immunosuppressive treatment.

The researchers added that none of the patients required organ support or died, although patients took analgesics to manage pain, and were discharged from the hospital after an average of eight days.

How are the symptoms different?

When asked why monkeypox symptoms may differ between current and previous outbreaks, Dr. Sharon Walmsely, senior scientist at Toronto General Hospital Research Institute, not involved in the study, told MNT that “[i]t may relate to the main mode of transmission or it could be that there have been changes in the virus genetic makeup.”

To the same question, Dr. John Thornhill, Honorary Lecturer at the Faculty of Medicine at Imperial College London, not involved in the study, answered: “It may be that monkeypox has found a new niche, transmission in Europe and North America is now predominately through sexual contact hence the lesions are arising in sites such as the genitals and rectum with resulting difficult clinical presentation such as anorectal pain.”

Dr. Jake Dunning, senior researcher in emerging and high consequence infectious diseases at the Pandemic Sciences Institute at Oxford University, not involved in the study, told MNT that “[t]here are various factors that may influence the patterns and severity of illness we see in different monkeypox outbreaks.”

“These include levels of immunity to Orthopox virus infections in the affected community/ population, whether that is acquired through smallpox vaccination or previous Orthopox infections (which tend to be rare in most countries), differences in the background health of, and healthcare facilities available to, the affected population, the routes of transmission, the parts of the body exposed to virus, and how much those body parts are exposed to.”

“The latter may be important in the signs, symptoms, and common complications we are seeing in the outbreaks affecting gay, bisexual, and other men who have sex with men,” he explained.

The researchers concluded that the new symptoms of monkeypox should be included in public health messaging to aid early diagnosis and reduce onward transmission.

When asked about limitations to the study, Dr. Dunning noted that “[t]his paper is a useful contribution to similar recent papers, and the descriptions of complicated cases will be familiar to all the other specialist hospitals that have managed patients who needed hospital care.”

However, he cautioned that “the paper does not describe all of the complications being seen, nor give an accurate estimate of the proportion of monkeypox patients that require hospital care, as it was a retrospective observational study.”

“It is very important that both people who could be at risk of monkeypox infection and clinicians assessing them are aware of the potential symptoms that should prompt testing and appropriate isolation, to limit transmission,” said Dr. Christopher Duncan, Wellcome Trust Clinical Research Career Development Fellow at Newcastle University, not involved in the study.

“As these data show, in the current outbreak, we should continue to have a low threshold for testing. A key finding from this study, replicated in other cohorts, is that the overall severity of disease was lower than reported both in African cohorts and in previous imported cases to the U.K., which provides some reassurance,” he pointed out.